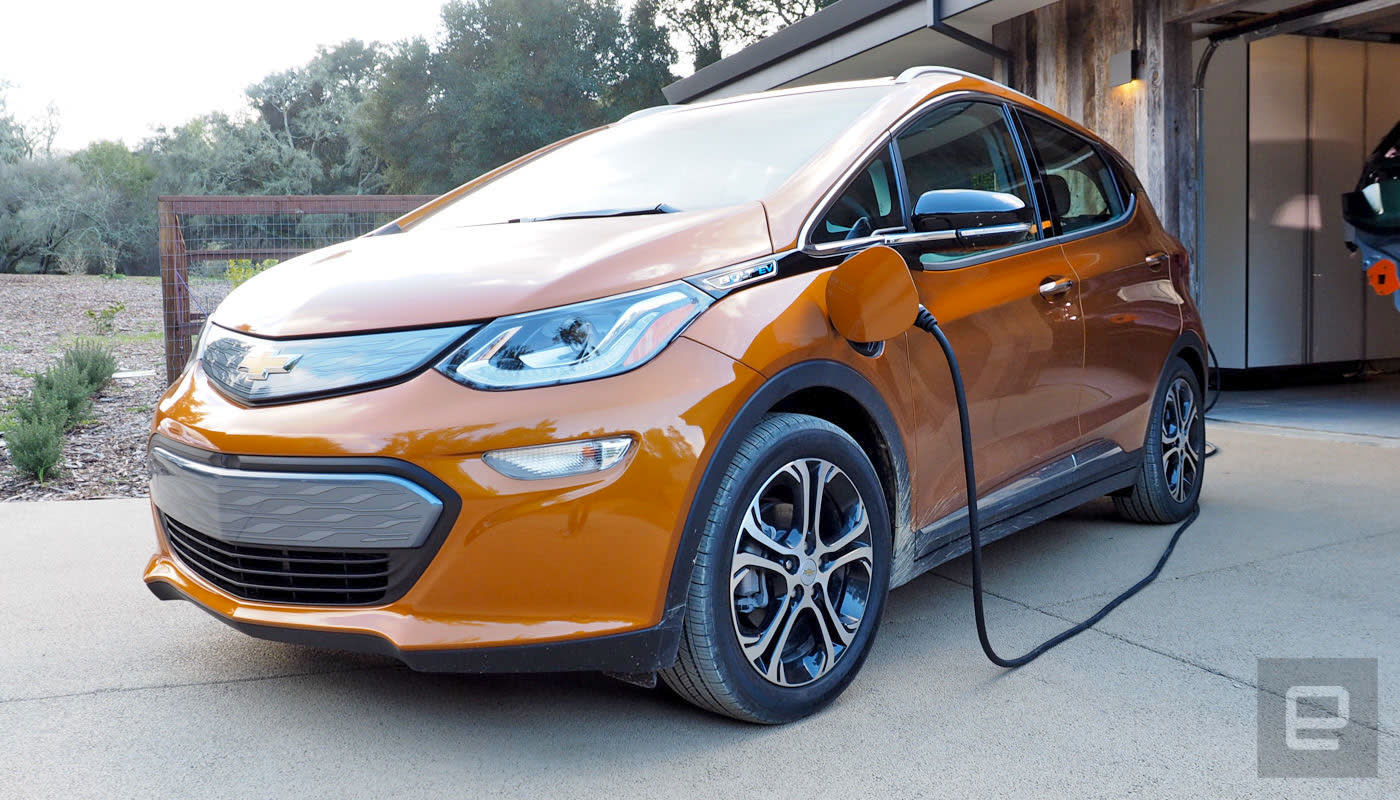 Consumer Reports just published the results of its range test of the Chevrolet Bolt electric car and came up with some surprising results. While the Bolt is rated for 238 miles of driving by the EPA, the car exceeded that in the Consumer Reports test, squeezing out 12 more miles for a total of 250. That means the Bolt officially beats Tesla's Model S, at least in this particular test. When CR tested the Model S 75D, it got 235 miles, compared to the EPA estimate of 259.

What's strange about this test isn't that the Model S underperformed compared to the EPA estimate -- the EPA range or milage is typically under the most ideal conditions that are pretty near impossible to recreate in real life driving. Regardless of that fact, Chevy's Bolt actually exceeded the EPA estimate in the Consumer Reports test. CR notes that its tests primarily consist of driving at 65MPH on the highway with the heating and cooling system shut off, but there are also periods of "mixed driving" as well.

Despite the Bolt's range victory, CR says that it only scores number two on its list of the top electric vehicles. The Model S still holds the top slot, but it's a car that costs nearly twice as much as the Bolt. And while we don't think that CR did anything sneaky or underhanded in its Bolt test, it's worth noting that the publication has clashed a bit with Tesla recently. A change in the CR ranking for the Model S earlier this year knocked it from the top luxury car down to third place. The drop came after Tesla failed to deliver its automatic emergency braking feature that was due by the end of 2016 -- as such, CR downgraded its safety rating. For Tesla's part, the company said it would be irresponsible to rush a safety feature out before it was ready.

We've reached out to Tesla for comment on this latest report and will update with any additional information we learn.

In this article: bolt, chevrolet, consumerreports, electriccar, gear, modelS, range, tesla, transportation
All products recommended by Engadget are selected by our editorial team, independent of our parent company. Some of our stories include affiliate links. If you buy something through one of these links, we may earn an affiliate commission.