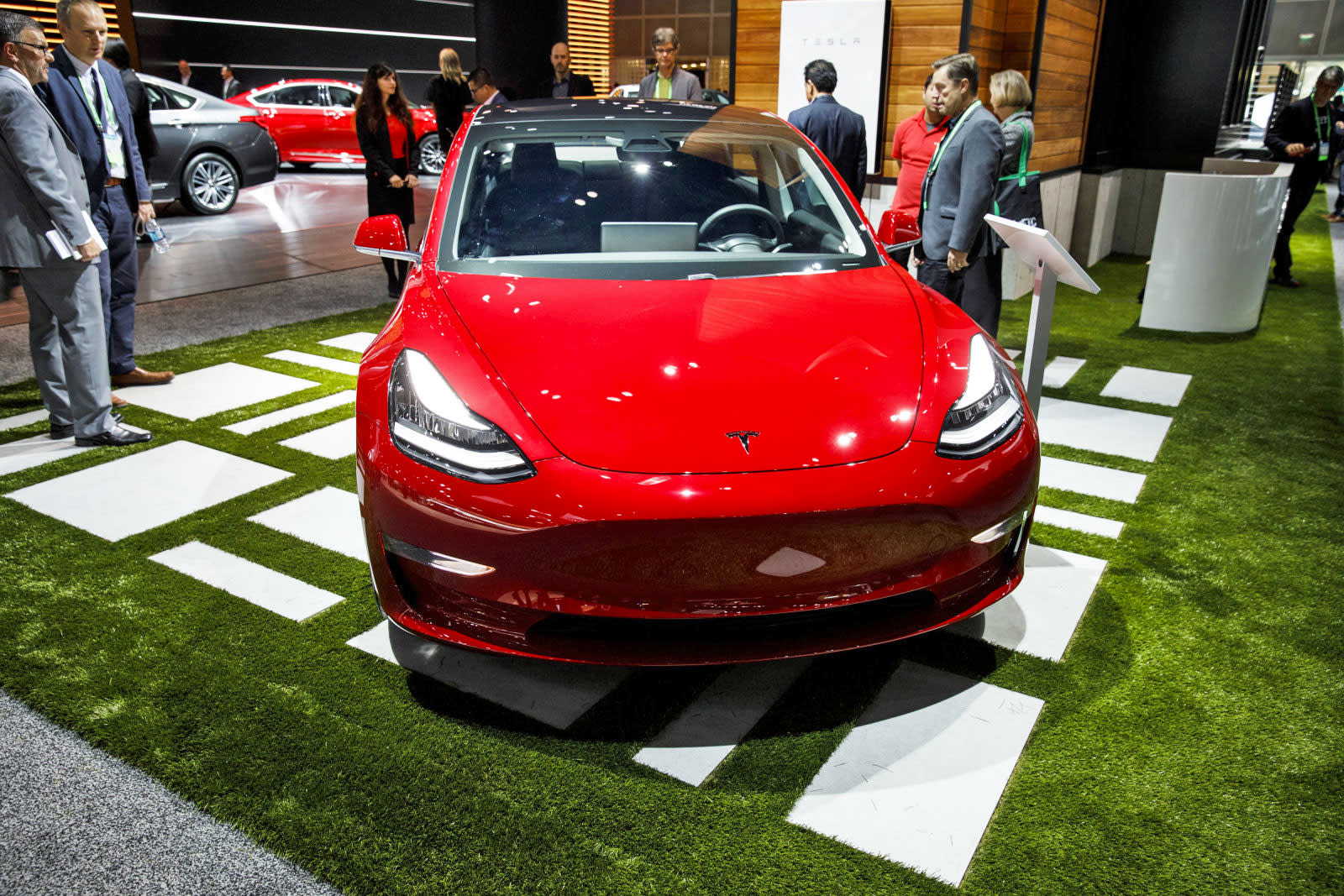 In 2016, Tesla managed to ship 83,992 vehicles, narrowly missing its target of pushing 90,000 cars out of its front door that year. Now, the company has revealed its 2017 figures, saying that it produced 101,312 Model S and Xs between January and December. That figure doesn't include the new mass-market Model 3, of which the company was able to crank out 2,425 in the fourth quarter. Which, itself, is a big bump from the meager 260 it made when production began in Q3.

Tesla says that it has spent the last three months addressing the "production bottlenecks" on the Model 3 line, and production will now rise sharply. From a slow start, the company believes it now has the capacity to knock out 1,000 Model 3s each week, and 2018 will see even bigger milestones. The projection for the current quarter is that it will produce around 2,500 a week, and be producing 5,000 a week by the end of Q2.

Tesla has always set ambitious goals for vehicle production, like when Elon Musk claimed that Tesla would be producing 20,000 Model 3s a month by December 2017. Prior to that, he believed that Tesla could produce between 100,000 - 200,000 Model 3s between July and December of 2017. The estimate has been revised down since then, but it's worth wondering how reliable Tesla's latest claims will be. Coupled with the rumors surrounding production delays, it will be interesting to see how things are going by the summer of 2018.

In this article: Bottleneck, business, ElonMusk, gear, Model3, Production, Tesla, transportation, hidden:vv_3x4:7447b0ce-085f-305d-bdbe-31fae320e31f, hidden:vv_16x09:368c5467-d1da-376c-9dee-3b63adba7257
All products recommended by Engadget are selected by our editorial team, independent of our parent company. Some of our stories include affiliate links. If you buy something through one of these links, we may earn an affiliate commission.