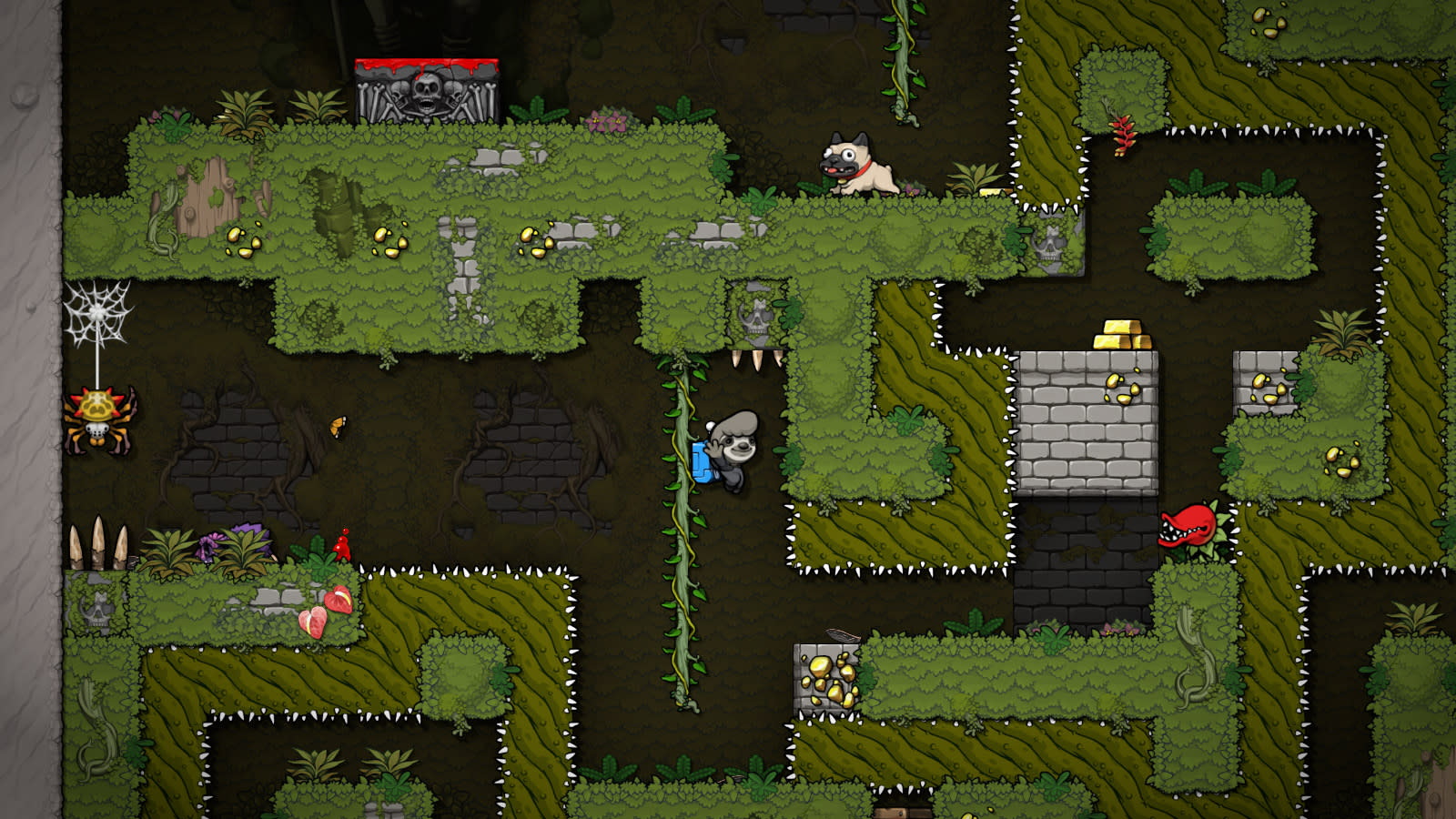 The Indiana Jones-styled roguelike Spelunky is a modern classic indie game that's been around for the better part of a decade in various releases across multiple platforms and console generations. We knew a sequel was coming, but had no idea when. Out of nowhere, developers Mossmouth and Blitworks have dropped a trailer and revealed the game is coming sometime next year.

Plenty of roguelikes have come out since the first Spelunky, so the new game added elements to keep it fresh. Some of these are obvious, like adding mounts and online multiplayer, while others are more subtle, like a second layer (like dropping in to side rooms) as well as liquid physics, the original game's creator Derek Yu explained in a PlayStation blog post. Also, two of the four playable characters are women and one of the others is a sloth, which, sign me up.

While the first trailer only showed a PS4 logo, it's unclear if the game will be exclusive to the console -- which is unlikely, given how many platforms the original came out on. Lucky attendees at PAX West can stop by the PlayStation booth to try Spelunky 2 for themselves.

In this article: av, gaming, indie, IndieGames, sony, spelunky, spelunky2
All products recommended by Engadget are selected by our editorial team, independent of our parent company. Some of our stories include affiliate links. If you buy something through one of these links, we may earn an affiliate commission.