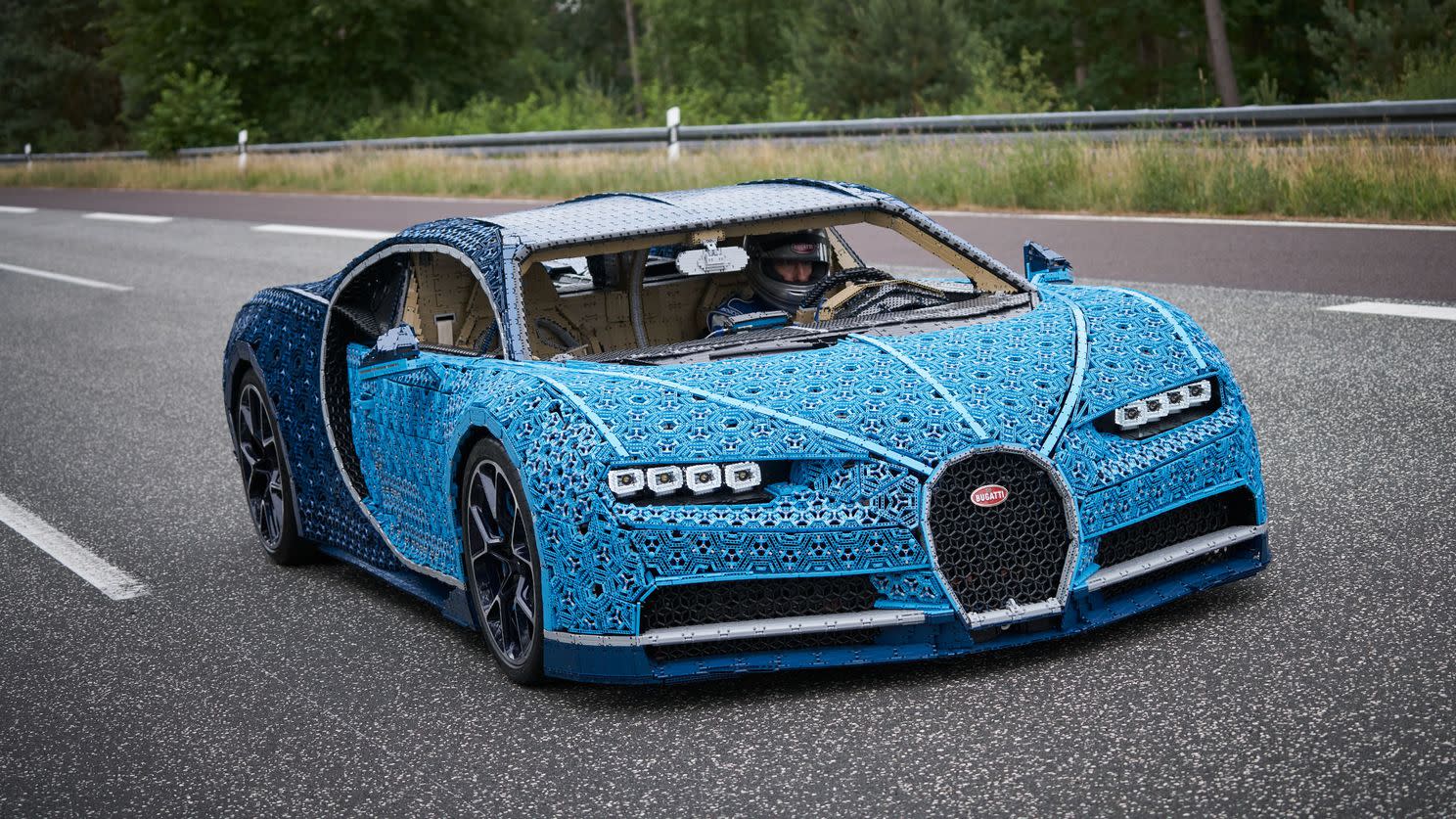 Lego's Bugatti Chiron Technic kit is a stylish recreation of the sports car at ⅛ scale. But what about making one at 1:1 scale? The wholesome toy company teamed up with the automaker to create a life-size model of the performance vehicle out of Technic blocks. And it works! The recreation drives itself, though its "engine" made of over 2,300 Lego set motors ekes out an estimated 5.3 horsepower. That doesn't quite reach the blistering speeds of its real-life version, the but the Lego Bugatti Chiron is a pretty neat execution of a dream to build a car completely out of bricks.

By the numbers, the model is an achievement. It took over 13,000 work hours to develop and build it, using over 1,000,000 bricks (including over 4,000 Technic wheels) to assemble the vehicle, which weighs 1500 kg. The builders even took it to the same track where the original Chiron was put through its first paces -- the Ehra Lessien proving ground in Germany -- to give the Lego version a try. Not only did it move, but the block-built car reached a speed over over 20 km/h, all without external bracing materials (like glue or metal infrastructure).

"When I first saw the Lego Chiron, I was immediately impressed by the accuracy of the model and the minute attention to detail," said its test driver Andy Wallace, a former racer with multiple wins of the 24 Hours of Le Mans and Daytona, according to a press release. "Driving the LEGO Chiron was a great experience, which I thoroughly enjoyed. All those years ago I could never have imagined that one day I would actually drive a Lego car!"

In this article: bugatti, BugattiChiron, chiron, lego, SportsCar, transportation
All products recommended by Engadget are selected by our editorial team, independent of our parent company. Some of our stories include affiliate links. If you buy something through one of these links, we may earn an affiliate commission.