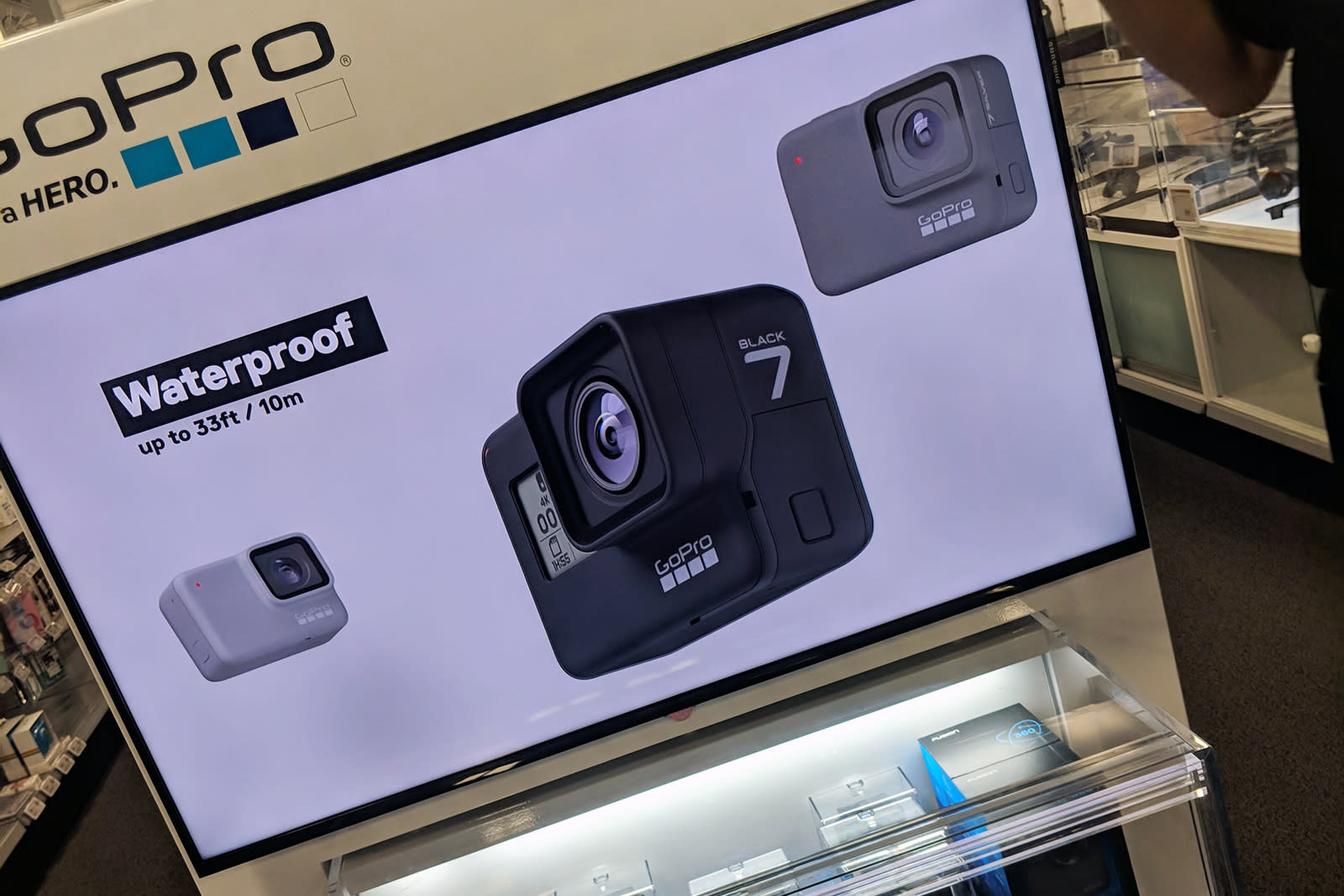 'Tis the season for major device leaks, it seems. Austin Mittelstadt has posted photos of a store display that spills the beans on GoPro's unannounced Hero 7 action cameras. The leak shows a cam that looks similar to the Hero 6 on the surface, but promises "gimbal-like" image stabilization that's smoother than what you get with its soon-to-be-outdated precursor. There's also a hint at a shakeup in product strategy, for that matter.

Where the current Hero range is split more along generational lines (Hero, Hero 5 Black and Hero 6 Black), there would be three Hero 7 variants: Black, Silver and White. It's not clear exactly what would distinguish the three from each, although the Black would be the only one with a front-facing display.

GoPro is believed to be introducing the Hero 7 line sometime later in September. If so, it's coming just in time. GoPro has been trying to turn around its ailing fortunes by scaling back its business and exploring alternative revenue sources, but its success ultimately revolves around strong action cam sales. The Hero 7 may be vital to keeping people interested at a time when many people are content to shoot video with their drones and smartphones.

In this article: actioncamera, camera, cameras, gear, gopro, hero7, hero7black, hero7silver, hero7white, leak
All products recommended by Engadget are selected by our editorial team, independent of our parent company. Some of our stories include affiliate links. If you buy something through one of these links, we may earn an affiliate commission.