Save me, water-powered eye massager

It's a sight for sore eyes.

After days of fighting crowds and trudging through miles of IFA's chaotic show floor, I just needed a break. I found my oasis in Aurai's water-powered eye massager. It's exactly what it sounds like: A small $239 headset that rubs your eyes with pulsating water jets. And on top of that, it can also alternate between warming and cooling modes. It's something Aurai has been working on for years, following a lengthy crowdfunding campaign. Now, the company is also gearing up for a more portable model, the Rio, which it plans to release in the first quarter of 2019 for between $150 and $175.

After trying Aurai's original massager, as well as a Rio prototype, I was pleasantly surprised by how relaxed I felt afterwards. Aurai's pulsating action almost feels like water is gently caressing your face. Your face comes out slightly moist -- something that was refreshing to me, but could be an issue if you're wearing makeup. It feels similar to when my barber throws a hot towel on my face and gently rubs my eyes. The company's flagship massager fits comfortably, and it's connected to a control pod with a stiff cable, which moves water between both components. The only downside is that you're pretty much stuck in place with the control pod. 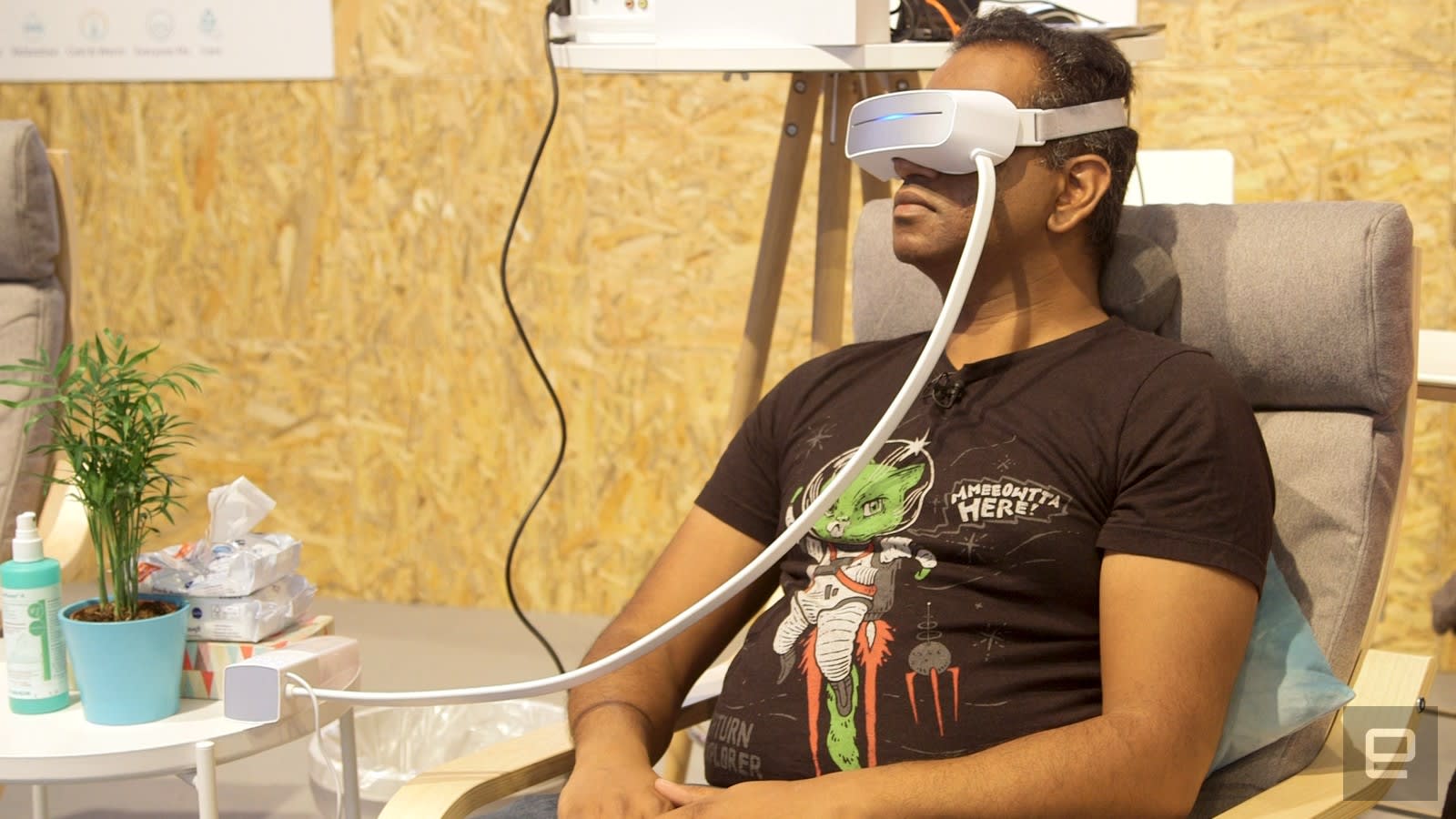 With the Rio, Aurai wants to deliver the same sort of relaxing experience anywhere. There's no external control pod -- instead you put a little bit of water inside the headset, and it relies on a small cable for power. Unfortunately, it only offers a warming function, not cooling, but the whole eye massaging experience felt similar to its more expensive sibling. The fit leaves something to be desired -- it's a bit too front heavy at the moment, which caused it to press down on my nose. Aurai still hasn't finished optimizing the device yet, so it still has time to fix those issues.

While eye massagers are a niche product in America, they could be very useful for plenty of stressed out office workers. And the addition of water pulsating action could help Aurai's devices stand out from the pack.