8K TVs are coming, but ignore the hype

It’ll be years before 8K matters.

It's time to throw out your 4K TV, 8K is here! Well, not quite. At IFA in Berlin this week, Samsung, LG and TCL showed off their upcoming 8K sets. It's like a flashback to the early days of 4K in 2013 -- all of a sudden the video format we've been hearing about for years is finally gearing up to reach consumers. Samsung is planning to actually sell its 8K QLED TV, LG gave us a glimpse at the world's first 8K OLED TV. But is this actually a huge leap beyond 4K? That's where things get complicated.

As we've seen with 4K's rollout, resolution isn't the only way to sell new TVs. You'd have to sit close to a 65-inch 4K set to really tell the difference from a 1080p TV. Instead, the biggest change with this video generation are technologies like High Dynamic Range, or HDR, as well as a wider color gamut. HDR makes bright elements on your screen much more vivid, while also adding more detail to dark areas. And as you can imagine, having more colors simply ensures everything looks more realistic.

Improvements in screen quality have also made a big difference -- OLED offers inky black levels and incredible contrast, and if you can afford higher end models, they can also be incredibly thin. Modern LED TVs are much brighter than they were a few years ago, and they have less of a problem with fast motion and off angle viewing. And of course, there's dramatically more 4K HDR content available today compared to just a few years ago. Perhaps best of all, a new 4K TV won't cost you much today. It's with all of those points in mind that we've recommended upgrading to a 4K TV this year -- it's no longer just about the pixel bump over 1080p. 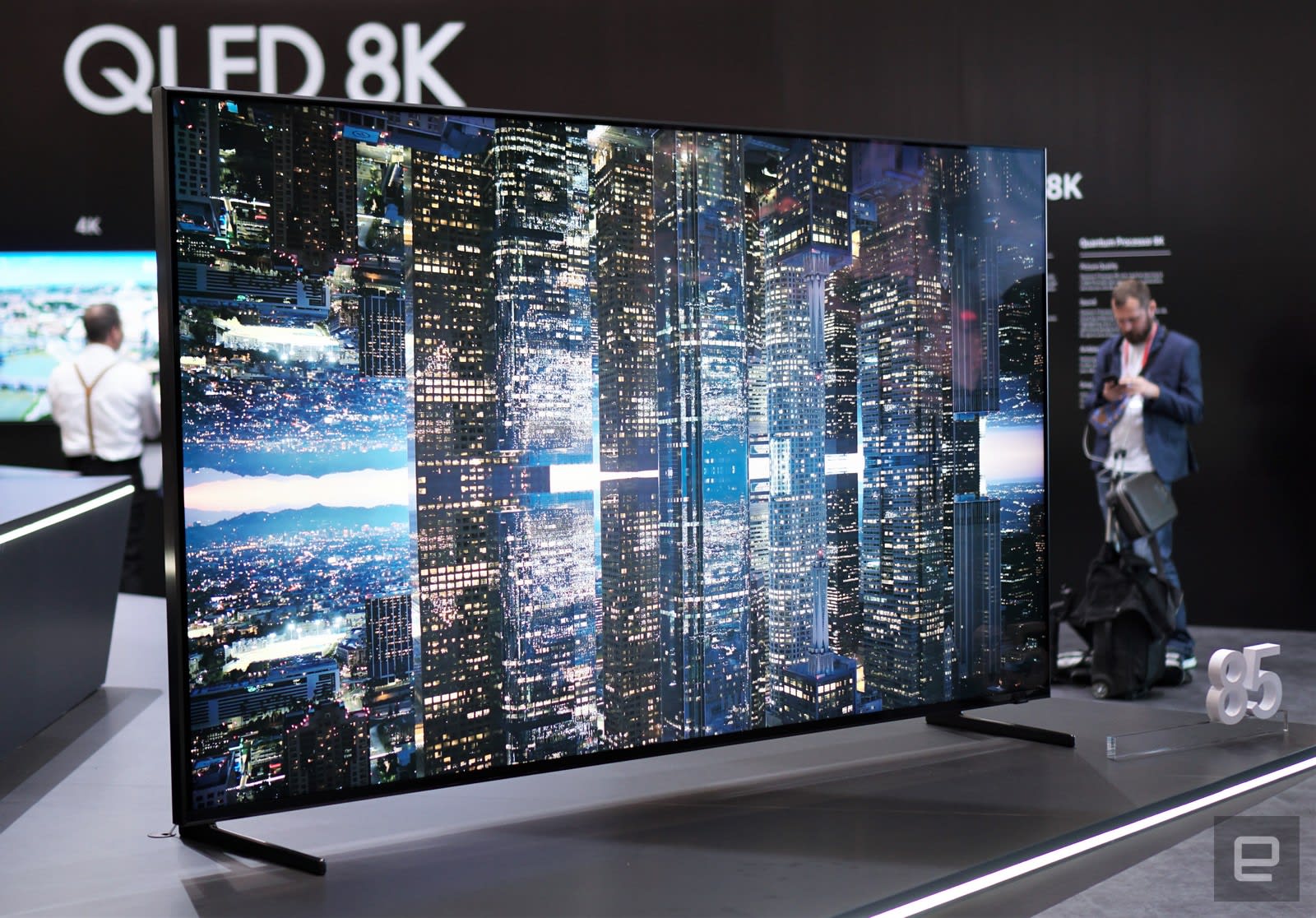 With 8K, it's almost like we're seeing history repeat itself. Sure, it has a ton more pixels than 4K, but you'll have to sit very close to a 100-inch TV to truly perceive that difference. And it's going to be a long while before you'll actually have any native 8K video to watch. Samsung is trying to make up for that with AI upconversion in its new QLED, which will scale up lower quality video into 8K. But while that might lead to some image improvements, it won't be anything dramatic, and it certainly won't match up to something actually designed for that resolution.

"In general, consumers will adopt 8K when it is in whatever TV falls in their next purchase budget," said Ross Rubin, Principle Analyst at Reticle Research. "One thing 4K proved out is that you can support a standard with premium streaming content, even though there's very little of it available compared to HD, which was really more of a sea change."

Samsung's QLED 8K sets look impressive at first glance, with all of the sharpness and HDR capabilities you'd expect in a modern TV. But they don't appear noticeably better than their current QLED models. We don't know yet what those sets will cost, but they'll likely come at a huge premium over Samsung's current TVs, and it's simply not worth it. It also seems strange to see Samsung invest in its aging QLED technology, when OLED TVs already here and honestly look better.

While Samsung uses OLED in its phones and tablets, its resisted the technology in its TVs, since those panels would have to come from LG. More so than these 8K TVs, Samsung's future really seems to lie in MicroLED, which offers many of the same benefits as OLED. It also offers great black levels, high contrast and it doesn't have to deal with LED backlighting. 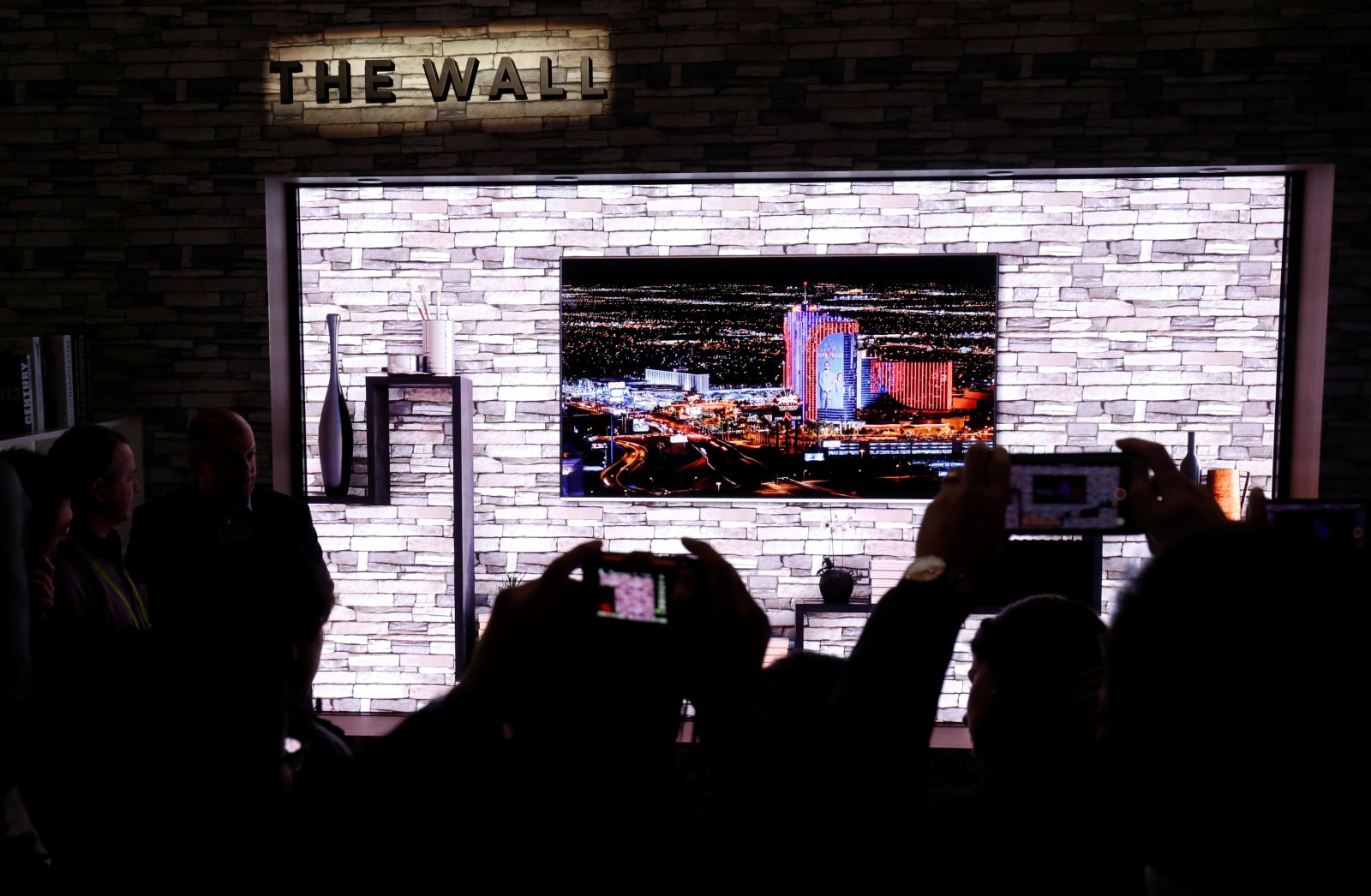 Samsung's 146-inch 4K MicroLED set, The Wall, is already being sold to corporate customers. But eventually, anyone will be able to order that TV in a variety of sizes. As you can tell from its name, Samsung is preparing for a future where a TV could in fact take over your entire wall. And that's also where the benefits of 8K will really matter.

LG, meanwhile, has dominated OLED TVs for the last few years. (Even Sony's OLED TV relies on LG's panels.) But that doesn't mean they're ignoring MicroLED. During a brief demo at IFA, LG's 173-inch MicroLED TV looked bright and vivid, but there wasn't much movement on screen. We also don't have a price for that TV yet, and LG isn't saying when it'll be available. It's most likely just a concept demo to show that it can still compete.

With its 88-inch 8K OLED TV (which we first caught a glimpse of at CES), LG is going a step further than Samsung since it's not relying on aging technology. That set also looks very impressive, with all of the benefits you'd expect from OLED. But yet again, LG isn't offering many details about it. Still, it's a sign that LG will be able to rely on OLED for many years to come -- something Samsung can't really say about QLED. But it's unclear if OLED will scale beyond 100 inches easily, which is why LG will still need MicroLED.

"Certainly the advantage of higher resolution is more obvious as screens get larger," Rubin said. "That's one way in which 8K will be even harder to justify than 4K in the earlier years of pricing premiums. That said, MicroLED has broad applicability as it represents a "best of both worlds" solution -- the contrast levels of OLED and the brightness of LCD."

Even if 8K TVs were affordable and readily available, it'll still be years before there's enough native content to warrant the upgrade. Netflix only started adding 4K shows in 2014, and it took a while for it to build up a decent library of content. On the production level, 8K will also introduce a whole new set of problems. Studios will have to buy new cameras, and invest in enough computing power and storage to handle those massive files. 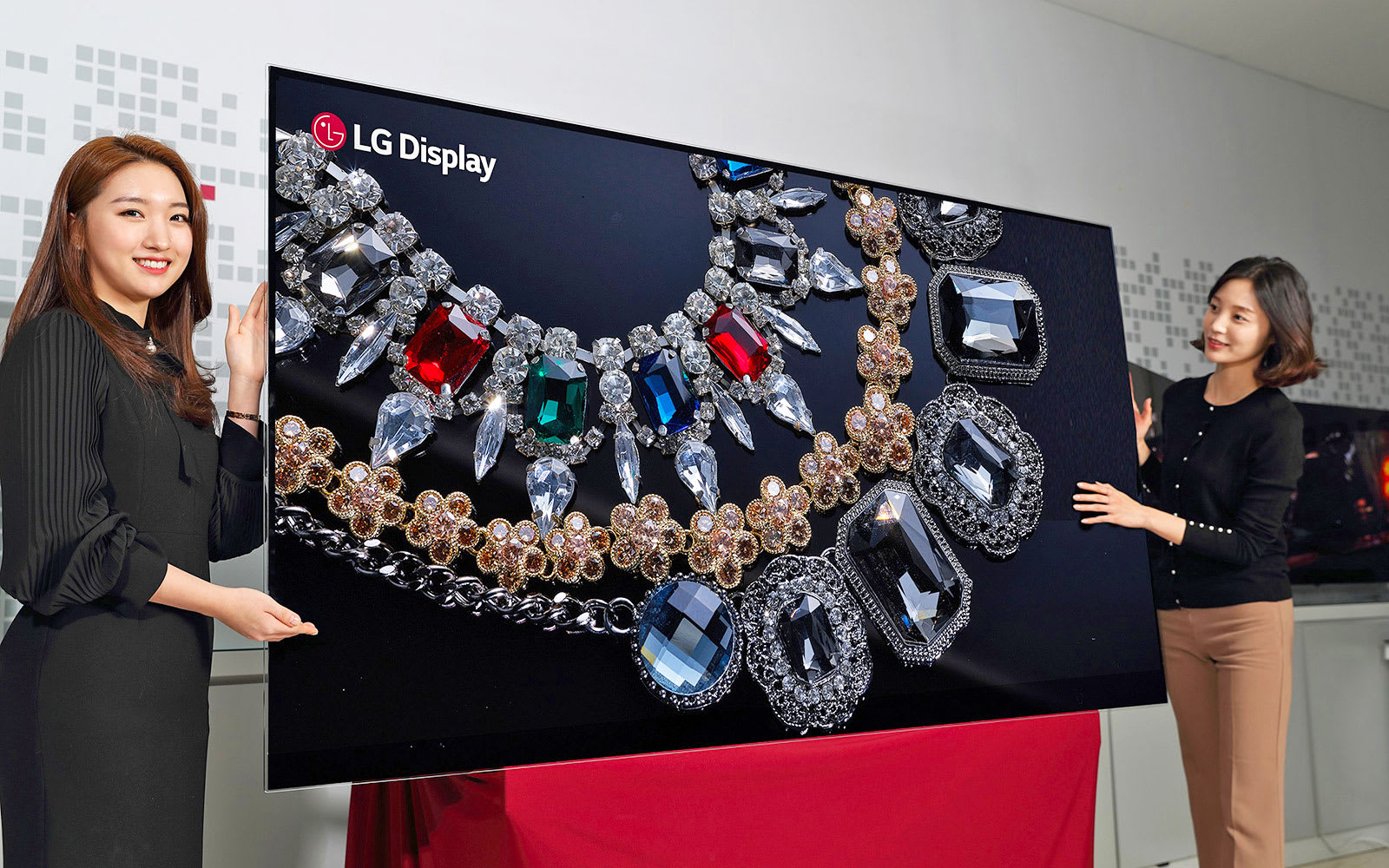 That's already a huge problem today. Even if a film is shot in 4K, it'll likely still be mastered with a 2K digital intermediary, since it's difficult for VFX companies to work beyond that resolution. Basically, it's just easier for everyone involved with a film to work with a 2K file. It's unclear when the film and TV industry will actually be able to deliver 4K all the way through the production pipeline, and that's not a good sign for 8K.

IFA certainly won't be the last trade show where the tech industry will try to get us excited 8K, but you don't have to fall for their thirst trap. 4K HDR is here to stay, and it'll be the best choice for your TV upgrade for years to come.

All products recommended by Engadget are selected by our editorial team, independent of our parent company. Some of our stories include affiliate links. If you buy something through one of these links, we may earn an affiliate commission. All prices are correct at the time of publishing.
View All Comments
8K TVs are coming, but ignore the hype