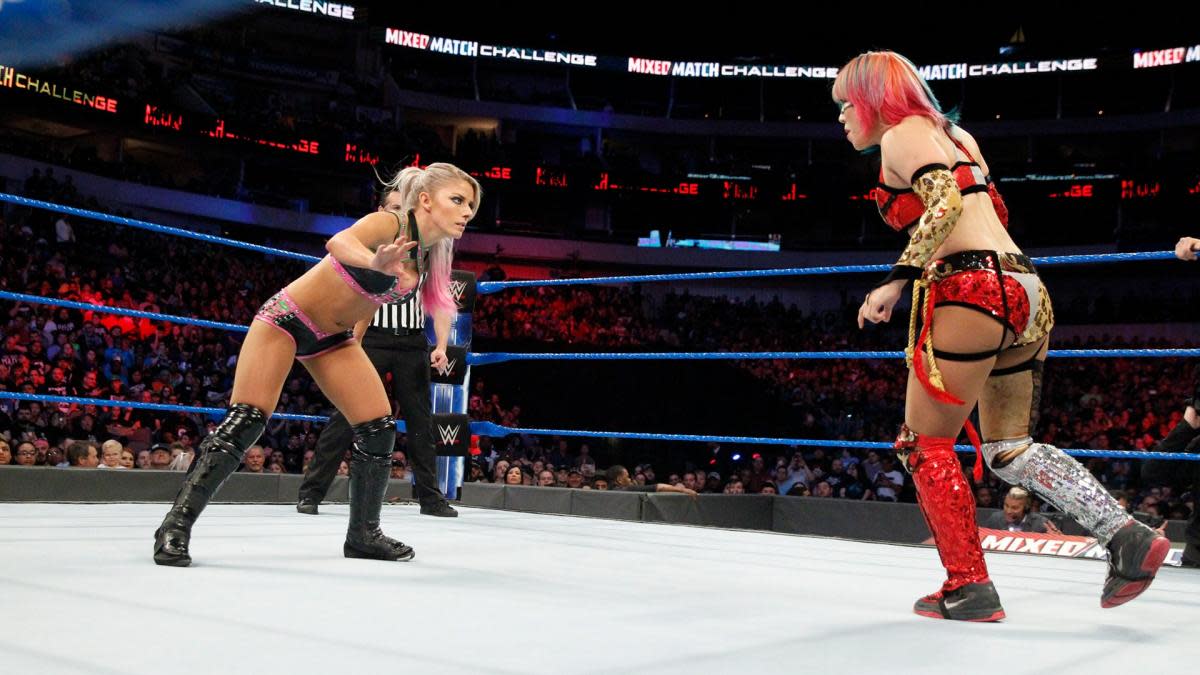 Some of WWE's biggest superstars will return to Facebook Watch when the second season of Mixed Match Challenge premieres September 18th at 10PM Eastern. A preshow will air before each 30-minute episode this time around, while a round-robin format replaces the single-elimination tournament from the first season, which took place earlier this year.

The show pairs one male and one female wrestler in a tag team, and the previous season's winners, The Miz and Asuka, are partnering again to defend their crown. Other stars competing in Mixed Match Challenge include WWE Champion AJ Styles, Alexa Bliss, Finn Bálor, Sasha Banks, Braun Strowman and SmackDown Women's Champion Charlotte Flair. Two matches will take place each episode, and the tournament final will be held at a pay-per-view event in December.

WWE said in a press release that the first season of Mixed Match Challenge generated more than 35 million views in the US alone. Season two will introduce more interactive elements, including fan votes that affect the action along with the chance to interact with wrestlers. Mixed Match Challenge storylines, meanwhile, will play out across WWE's empire of Facebook pages.

Correction, 9/5/18 4:20PM ET: This post originally noted that this year's tournament would earn money for charity. That's not the case this year, though it was last season. We apologize for the error.

In this article: ajstyles, alexabliss, asuka, av, braunstrowman, charlotteflair, entertainment, facebook, facebooklive, finnbalor, mixedmatchchallenge, sashabanks, themiz, wrestling, wwe
All products recommended by Engadget are selected by our editorial team, independent of our parent company. Some of our stories include affiliate links. If you buy something through one of these links, we may earn an affiliate commission.