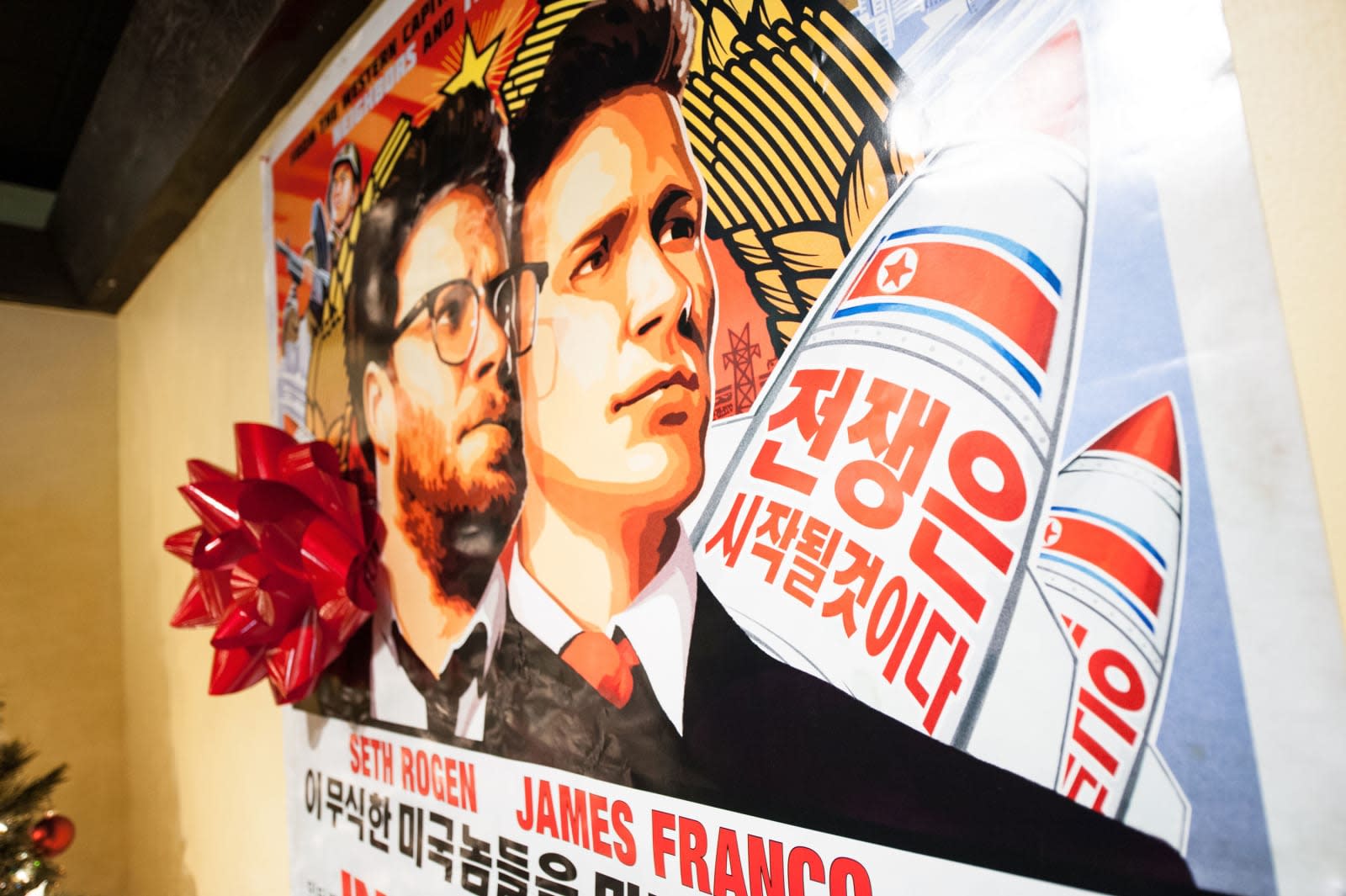 The Justice Department will reportedly announce charges today against at least one North Korean operative connected to the 2014 cyberattack on Sony Pictures, the Washington Post reports. Officials told the publication that computer hacking charges would be brought against Park Jin Hyok, who is said to have worked with North Korea's military intelligence agency the Reconnaissance General Bureau. It's the first time these types of charges have been brought against an operative of North Korea.

The hackers behind the attack on Sony Pictures leaked unreleased films and scripts, sensitive employee information, embarrassing internal emails and company passwords. They also sent threatening messages to the company, some of which led Sony to cancel the release of the film The Interview, which depicted the assassination of North Korean leader Kim Jong Un.

The Reconnaissance General Bureau has also been linked to the WannaCry ransomware attack, which affected hundreds of thousands of computers in more than 150 countries last year. Park Jin Hyok is allegedly connected to North Korea's Lazarus Group, which has also been linked to WannaCry, the Sony hack and the 2016 Bangladesh Bank heist. The Washington Post also reports that the Treasury Department will announce sanctions today against North Korean individuals connected to the activities, though it's unclear how many individuals will be included.

In this article: charges, cyberattack, DepartmentOfJustice, gear, hack, internet, NorthKorea, sanctions, security, SonyPictures, wannacry
All products recommended by Engadget are selected by our editorial team, independent of our parent company. Some of our stories include affiliate links. If you buy something through one of these links, we may earn an affiliate commission.