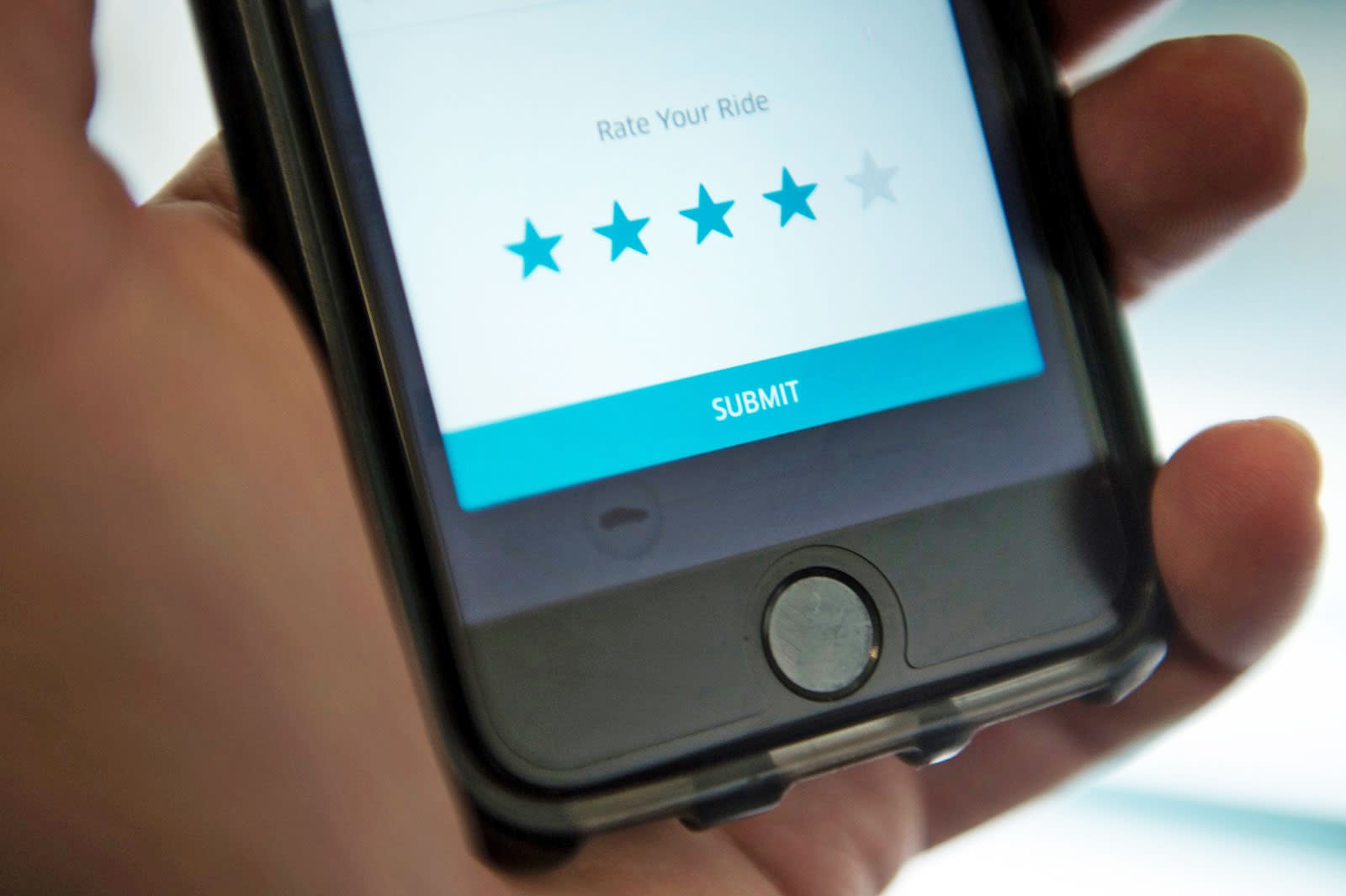 Uber is putting its passenger ratings to use, imposing temporary bans on riders with lower scores. The company introduced this policy in Brazil earlier this year and will begin imposing these bans on passengers in Australia and New Zealand later this month. Uber's ratings are out of five stars and passengers in these countries with ratings of four or lower will be banned from the service for six months.

Susan Anderson, general manager of Uber in Australia and New Zealand, told the Sydney Morning Herald that riders would need to have received multiple one-star reviews in order to have a rating below 4.0. A spokesperson told the BBC only "a few thousand" customers in the region had ratings that low. The policy is aimed at improving some passengers' behavior, and riders will receive multiple warnings as well as tips and reminders of what not to do before being issued a suspension. "Be polite, be considerate. Take your rubbish with you and don't make messes in the car," Anderson said on Australia's Channel 7 morning show Sunrise.

The new policy will go into effect September 19th.

In this article: australia, gear, NewZealand, passenger, rating, services, transportation, uber
All products recommended by Engadget are selected by our editorial team, independent of our parent company. Some of our stories include affiliate links. If you buy something through one of these links, we may earn an affiliate commission.