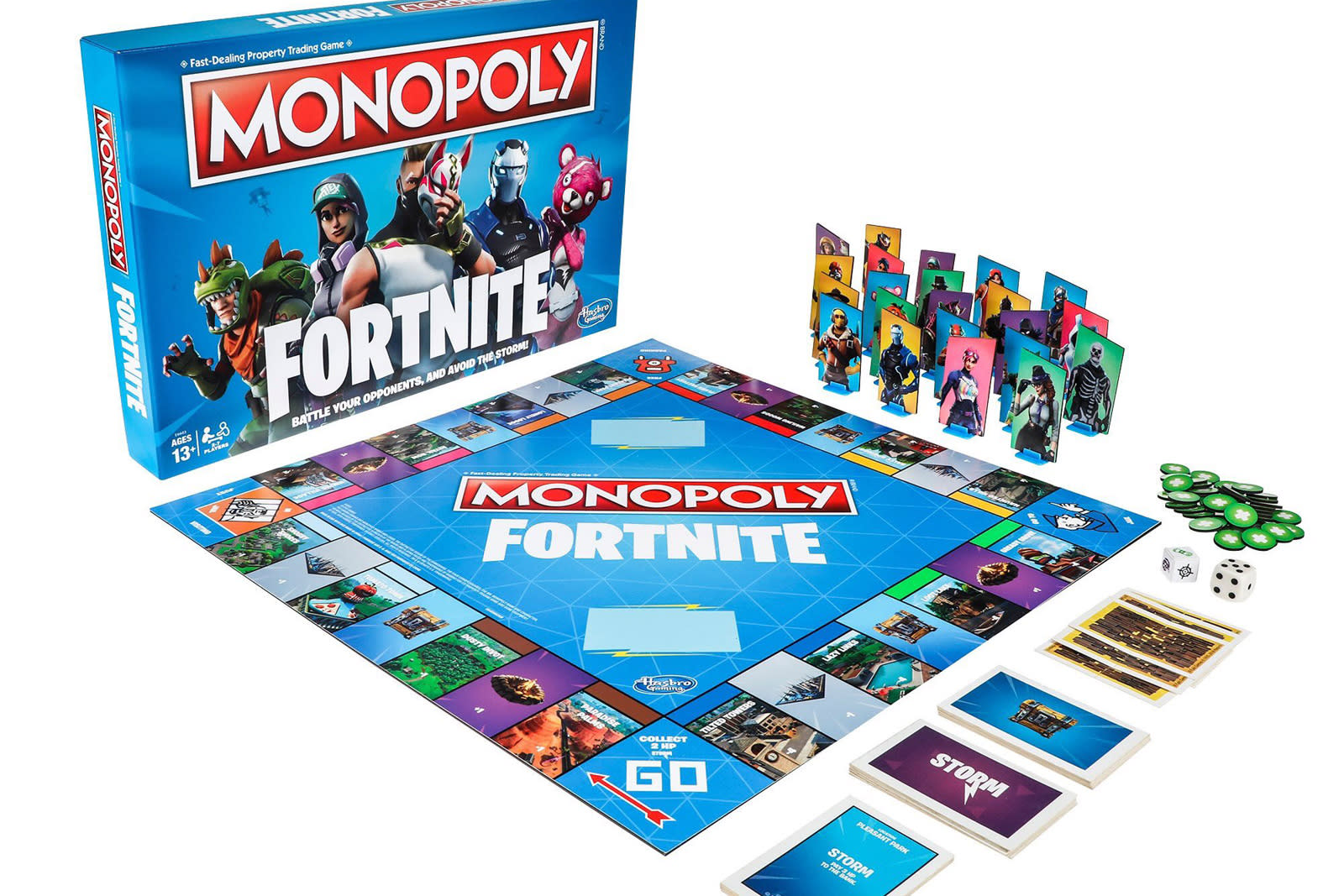 How do you get Fortnite-obsessed kids to play an old-school board game? By putting Fortnite in the board game, of course. Epic and Hasbro have revealed a Fortnite version of Monopoly that replaces the usual property trading with elements from the battle royale shooter. Island locations replace buildings (popular drop point Tilted Towers is the new Boardwalk), while health points replace money. Don't just call it a cosmetic change, though -- there are genuine changes to the game mechanics.

Hasbro told IGN that Fortnite's ever-present storm will manifest the game -- storm-struck locations will take two lives each. The dice will also be split into movement and action rolls, so you can shoot a rival or defend yourself before you move.

The new take on Monopoly reaches stores on October 1st. It's a classic case of milking a trend for all it's worth, and we could see some players losing interest as the characters and locations change (what if Epic replaces Paradise Palms, for instance?). With that said, we could see this being exceptionally helpful for parents who'd like a good excuse to socialize with their kids.

Thrilled to show you the final art and game board for Fortnite Monopoly! It's so so fun and such a unique spin on the classic game mashed up with last player standing Fortnite. In stores Oct 1st!!! pic.twitter.com/aNqJmvfpb2

In this article: av, boardgame, BoardGames, epicgames, fortnite, games, gaming, hasbro, monopoly, personal computing, personalcomputing, videogames
All products recommended by Engadget are selected by our editorial team, independent of our parent company. Some of our stories include affiliate links. If you buy something through one of these links, we may earn an affiliate commission.