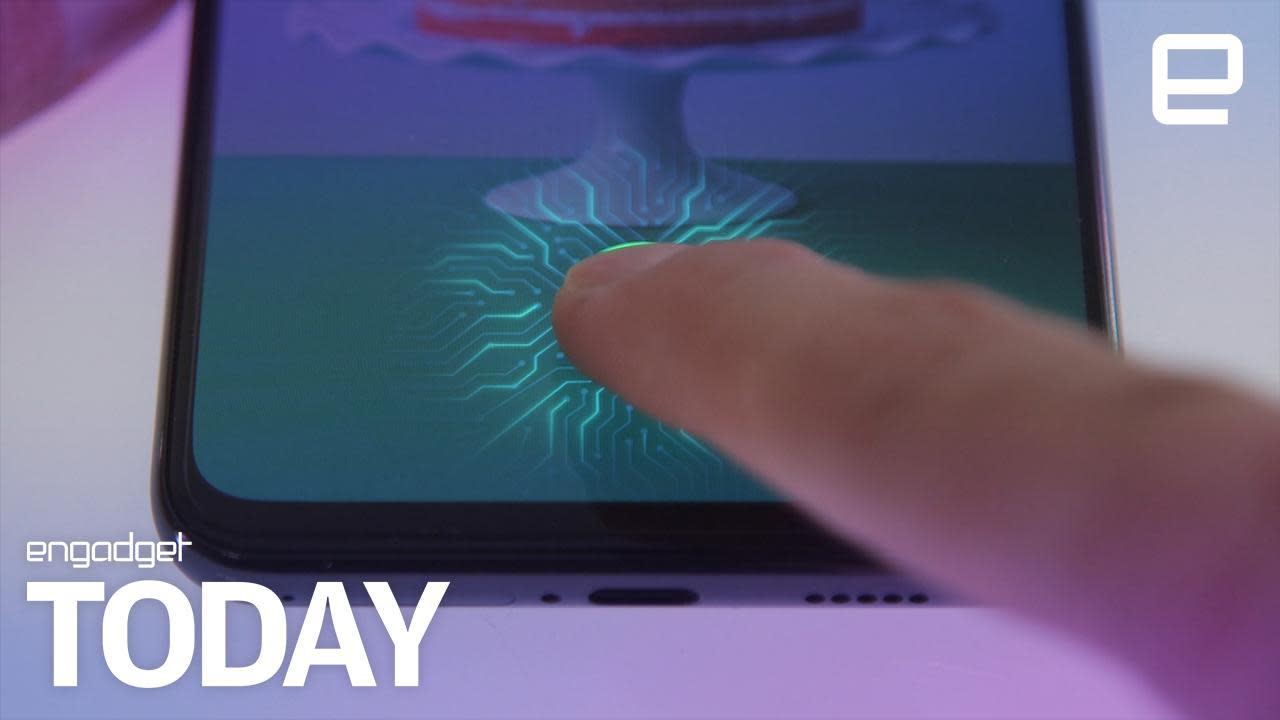 OnePlus' next phone, likely to be called the OnePlus 6T, will have an in-display fingerprint reader, CNET reports. OnePlus confirmed the feature, dubbed Screen Lock, saying it had initially planned for the fingerprint reader to be included in the OnePlus 5T, but that the technology wasn't quite ready for public release at the time. "We unlock our phones multiple times a day, and Screen Unlock reduces the number of steps to complete the action," OnePlus told CNET. "By adding this feature as an addition to other display unlocking options such as Face Unlock, users will have options to unlock the display in a way that is most efficient for them."

The OnePlus 6T will join a small group of phones offering the feature, which include a handful of models from Vivo and the pricey Porsche Design Huawei Mate RS. Last month, reports surfaced that the upcoming OnePlus model would be backed by a major US carrier -- T-Mobile -- for the first time.

In this article: AOLoriginals, DailyShow, Engadget, EngadgetToday, EngadgetVideo, entertainment, FingerprintReader, FingerprintSensor, gadgetry, gadgets, gear, mobile, oneplus, oneplus6t, t-mobile, verizon
All products recommended by Engadget are selected by our editorial team, independent of our parent company. Some of our stories include affiliate links. If you buy something through one of these links, we may earn an affiliate commission.