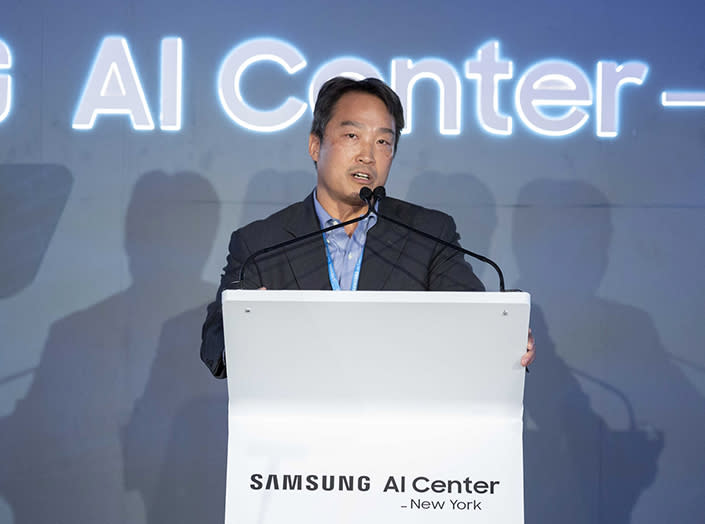 Samsung now has an artificial intelligence center in New York City -- its third in North America and sixth in total -- with an eye on robotics; a first for the company. It opened in Chelsea, Manhattan on Friday, walking distance from NYU (home to its own AI lab) boosting Samsung's hopes for an academic collaboration.

The electronics giant is no stranger to academic team-ups: its UK research center is housed in Cambridge and led by the head of the university's Microsoft lab, Professor Andrew Blake. The same goes for rivals Sony, which tapped Carnegie Mellon for robotics research, and Toyota, which has poured a billion dollars into a research center for droids next to Stanford University. Samsung has quietly been investing in fledgling robotics startups (including the makers of a bot that cares for the elderly) through its SamsungNext Q Fund.

Its push into AI kicked off in 2016 with its acquisition of Siri co-creators Viv Labs and now spans facilities in three continents, including presences in Korea, Russia, Canada, the US and the UK. Samsung says it will employ 1,000 dedicated workers at these locations by 2020 -- the same year it's promised to feature Bixby on all its smart devices -- and has set aside $22 billion to meet its lofty goals.

In this article: ai, artificial intelligence, ArtificialIntelligence, gear, robots, samsung
All products recommended by Engadget are selected by our editorial team, independent of our parent company. Some of our stories include affiliate links. If you buy something through one of these links, we may earn an affiliate commission.