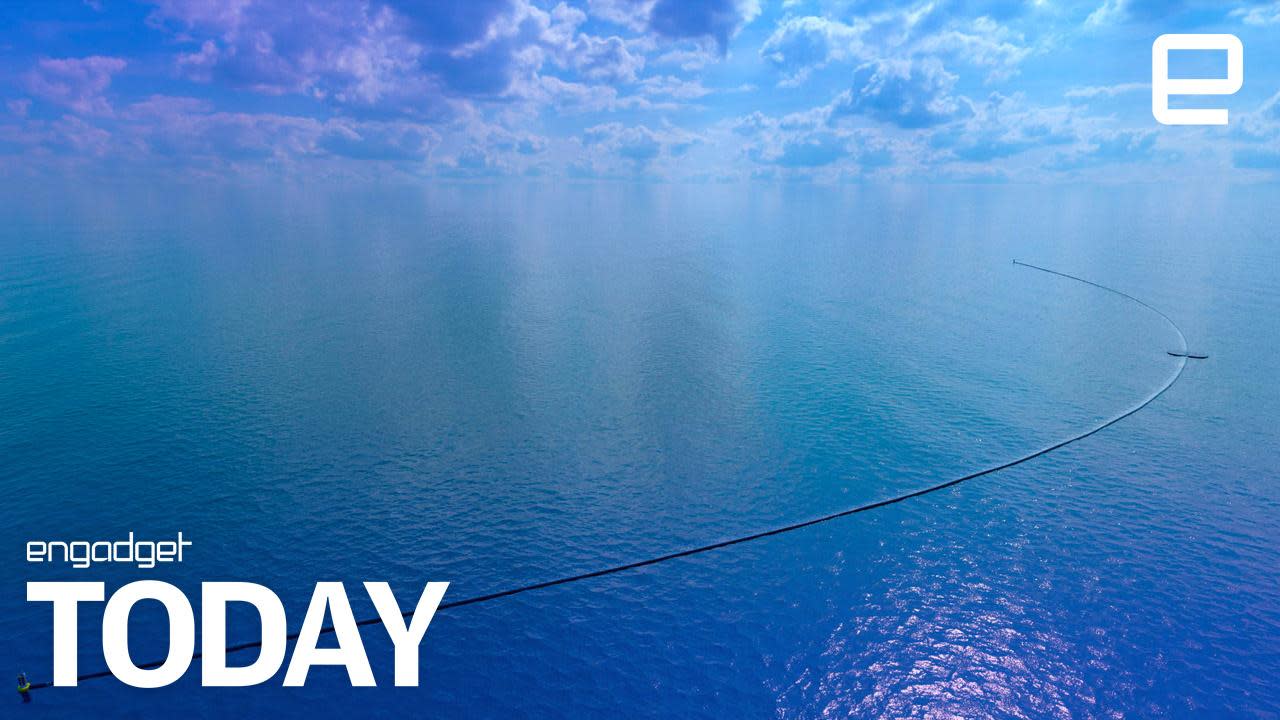 An ambitious project to clean up the 88,000 tons of plastic floating in the "Great Pacific Garbage Patch" has begun. On Sunday, the Ocean Cleanup Project started towing its "Ocean Cleanup System 001" from San Francisco to a trial site some 240 nautical miles (260 miles) away. Once it arrives, the wind and waves will push System 001 into a U-shape and it will slowly drift along on its own. A 10-foot long skirt hanging below will collect pieces of plastic as small as a millimeter in size, and smaller boats will later scoop them up and take them to shore for recycling.

During the two week trial, the system will be "extensively monitored" to make sure it does the job while not harming plankton and other critical marine life. "We want to catch plastic, not fish," Joost Dubois from The Ocean Cleanup told CNN. "We're trying to solve an environmental problem so we need to make sure we don't create a bigger problem in its place."

After the trial ends, the boom will be towed another 900 nautical miles to begin its main mission, cleaning the Great Pacific Garbage Patch. Crews will stay at the patch for six months to continue monitoring, but hope that an autonomous vehicle can do the job after they leave.

There are an estimated 165 million tons of plastic in the ocean today, but there could be more plastic than fish in the ocean by 2050 (up to a billion tons). The Ocean Cleanup Project hopes that System 001 can extract about 55 tons of plastic from the ocean per year. That wouldn't make too big a dent in the 88,000 ton patch, let alone the 9 million tons that enter the ocean each year. However, the group hopes to eventually deploy 60 systems that would extract 50 percent of the Pacific garbage patch plastic every five years.

Update 9/11/2018, 3:13 AM ET: The article headline originally stated that the Great Pacific Garbage Patch contains 50,000 tons of plastic, but the correct figure is 88,000 tons (80,000 metric tons). Also, over 9 million tonnes of plastic enter the oceans each year, not nine tons as originally stated. The article has been updated with the correct figures. Thanks @richjharris!

In this article: AOLoriginals, Cleanup, DailyShow, Debris, Engadget, EngadgetToday, EngadgetVideo, entertainment, gear, greatpacificgarbagepatch, green, Launch, PacificOcean, Plastic, recycling, theoceancleanup
All products recommended by Engadget are selected by our editorial team, independent of our parent company. Some of our stories include affiliate links. If you buy something through one of these links, we may earn an affiliate commission.