After months of rumors, leaks and breathless speculation, Apple's iPhone Xs and Xs Max are here -- and they're exactly what we expected. The former is the logical, technically impressive sequel to the iPhone X, and the the latter is, well, the same thing but bigger.

All right, fine: That might be a little reductive. There's a lot going on inside the iPhone Xs, but it's stuff that's generally hard to pick up on during some limited hands-on time. I mean, just look at the list of changes. The A12 Bionic chipset seems appropriately powerful, and I've been playing Bethesda's new Elder Scrolls game without so much as a hiccup. I'm zooming through Apple Maps flyovers of Paris more smoothly than on our iPhone X too. And the phone's 5.8-inch Super Retina display seems lovely, with sumptuous colors and great viewing angles.

The thing is, the value of these changes isn't always apparent at a glance. It'll take time to see how -- or if -- they substantially add value to the iPhone experience. There's other stuff I haven't addressed, like the improved dual cameras, but this is an S year. If you splurged on an iPhone X last year, the changes here might not be enough to force a switch.

That is, unless you want a bigger version. The iPhone Xs Max is the closest Apple has ever come to full-on smartphone overkill. That's mostly because of the phone's massive display: At 6.5 inches, this is the biggest screen that Apple has ever squeezed into a smartphone. To say it's a handful is putting it mildly, but here's the really crazy thing: It's surprisingly light, almost shockingly so. That might not sound like something to get worked up over, but take it from me, a habitual phablet fan: Every fraction of an ounce a company can shave off a phone's weight means my wrist won't hurt quite as much in the long run.

The flip side is that if you're anything like me, you'll have to shimmy your hand and up and down the Xs Max's body a lot to actually get anything done. It's an inescapable truth for phones with massive screens, and the only way to know if it'll work for you is if you pick one up yourself. 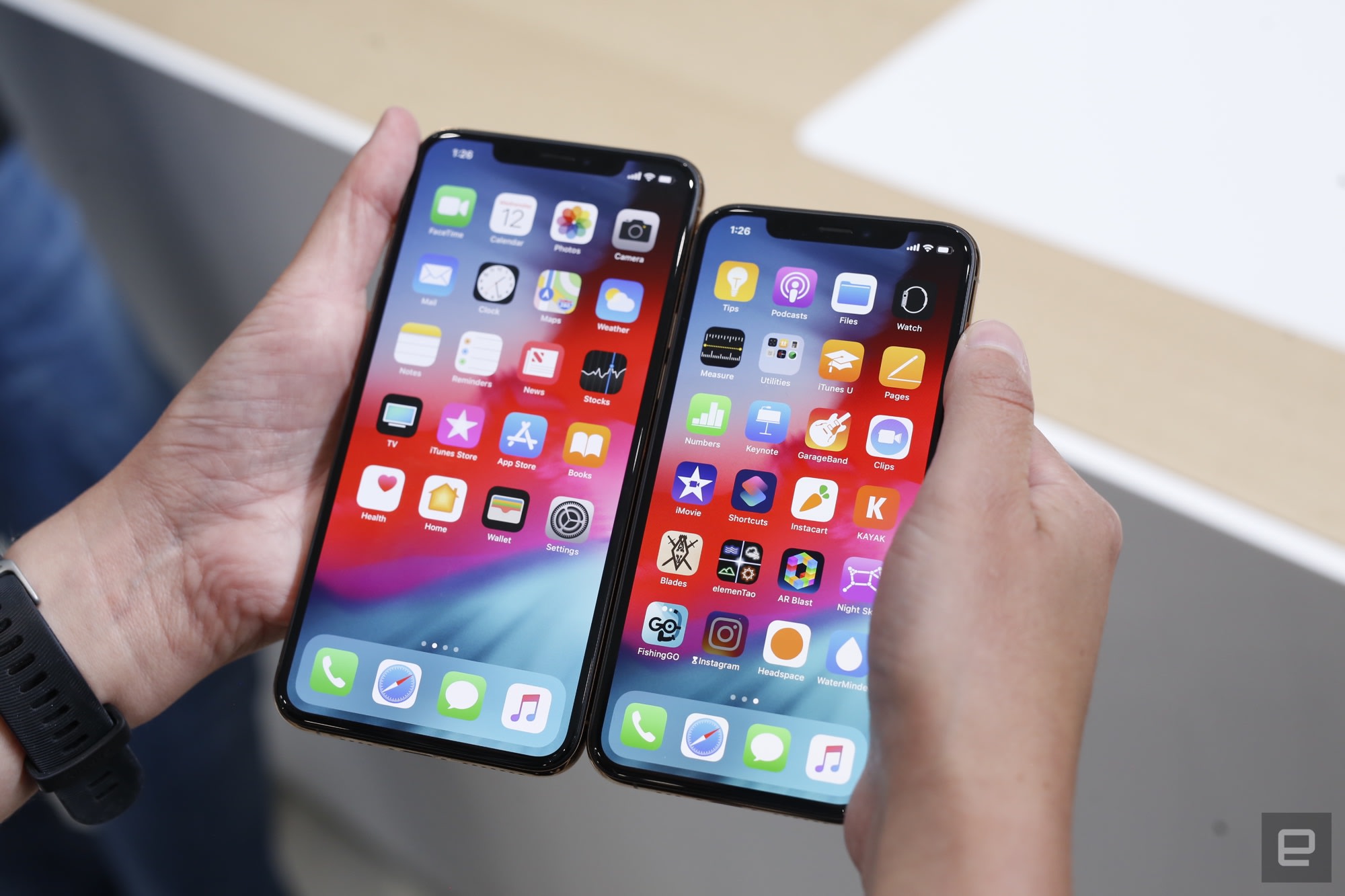 Beyond that, though, the iPhone Xs Max doesn't stray far from the standard Xs formula. In the past, there has usually been some other reason to splurge on a bigger iPhone, whether it's the extra screen space or a dual camera. This year, that difference doesn't really exist: Apart from possibly battery life, the only reason to drop the extra $100 is because you want that bigger screen.

And to be fair, the standard Xs formula has been improved in lots of little ways. It's damn near impossible to get a sense of speakers in a room as crowded as this, but the Xs and Xs Max's stereo speakers did seem to sound better than the iPhone X's. Support for dual SIMs is a godsend for international travelers and foreign customers who have multiple phone numbers or have to juggle data plans. The ability to change the amount of bokeh in a photo after you've taken it isn't actually all that new, but it's nice to finally have here.

And at long last, Apple has introduced phones with IP68 water and dust resistance -- that's the least Apple could do to help protect your $1,000 investment. Phil Schiller joked onstage that Apple has tested these phones in lots of different liquids, including beer, for the sake of thoroughness. We haven't received review units yet, but you'd better believe we're going to perform similar testing. In fact, it's already part of our testing suite.

The changes Apple made in this hardware generation are welcome and impressive but not overly dramatic. (Well, unless you count the whole "bigger iPhone X" thing.) More important, though, is the way Apple has built a lineup of devices that can bring the iPhone X experience to almost anyone. Even though older devices with lower price tags are available, Apple's message is clear: This is the new normal for the iPhone, and you're not going to be able to avoid it for very long.