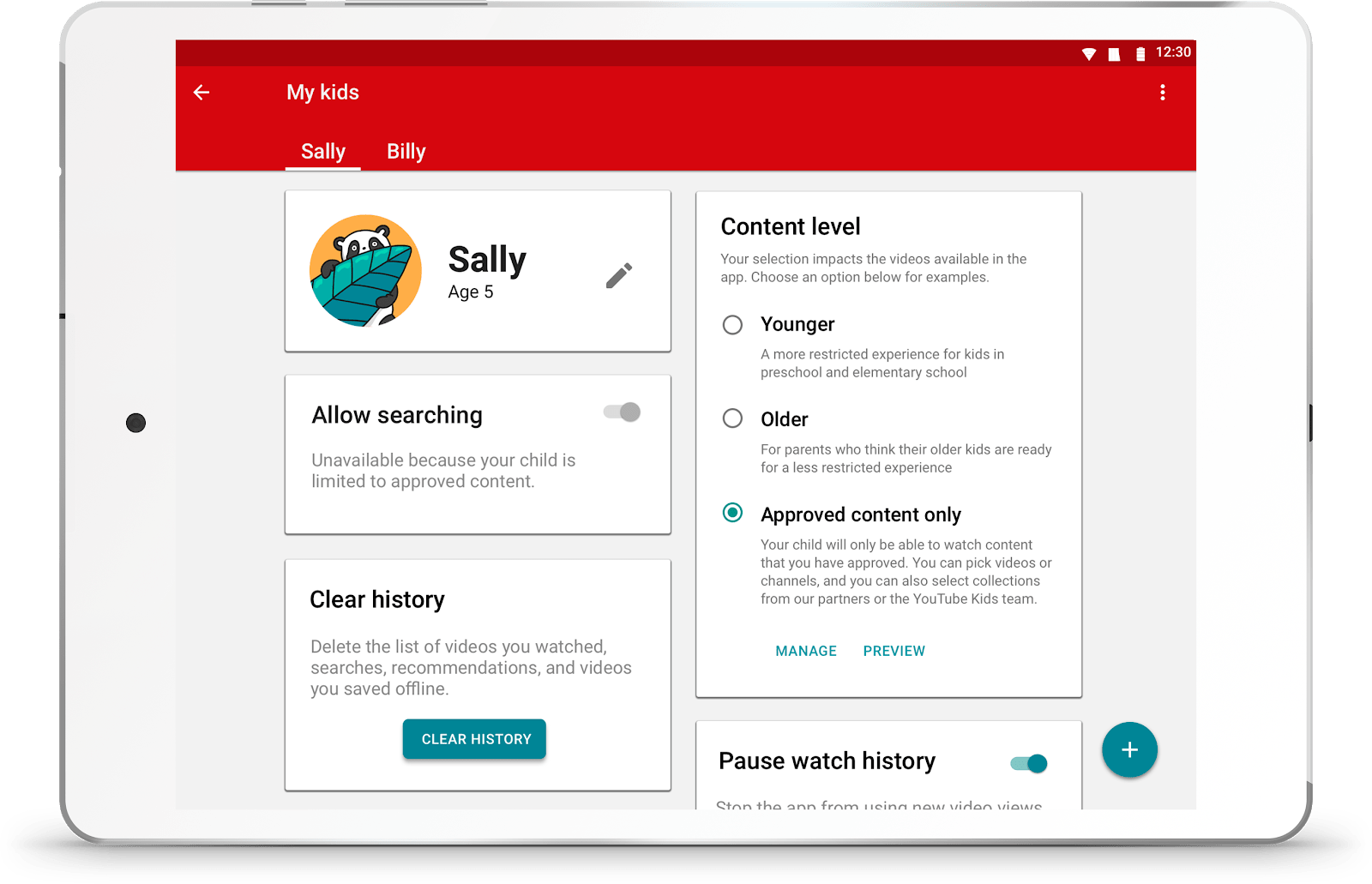 YouTube has added two new features to its Kids app, both of which give parents more control over what their children are watching. First, parents now have the option to limit what their kids watch to just what they approve. After parents select "approved content only" in their child's profile, that child won't be able to search for content on their own. Instead they'll have access to the videos, channels or collection of channels their parents have specifically added to their approved list. YouTube announced this feature back in April and it's available now on Android globally. The company says iOS users will have access to it soon.

The second feature rolling out is a new setting meant for children aged eight to 12 years old. Parents will now have two age options to choose from -- "younger" and "older" -- in their kid's settings, and those options impact what kind of content they're exposed to. The older option will include content like music and gaming videos. This feature is rolling out now to US users but YouTube says it plans to expand it globally in the future.

In this article: entertainment, google, internet, ParentalControls, youtube, youtubekids
All products recommended by Engadget are selected by our editorial team, independent of our parent company. Some of our stories include affiliate links. If you buy something through one of these links, we may earn an affiliate commission.