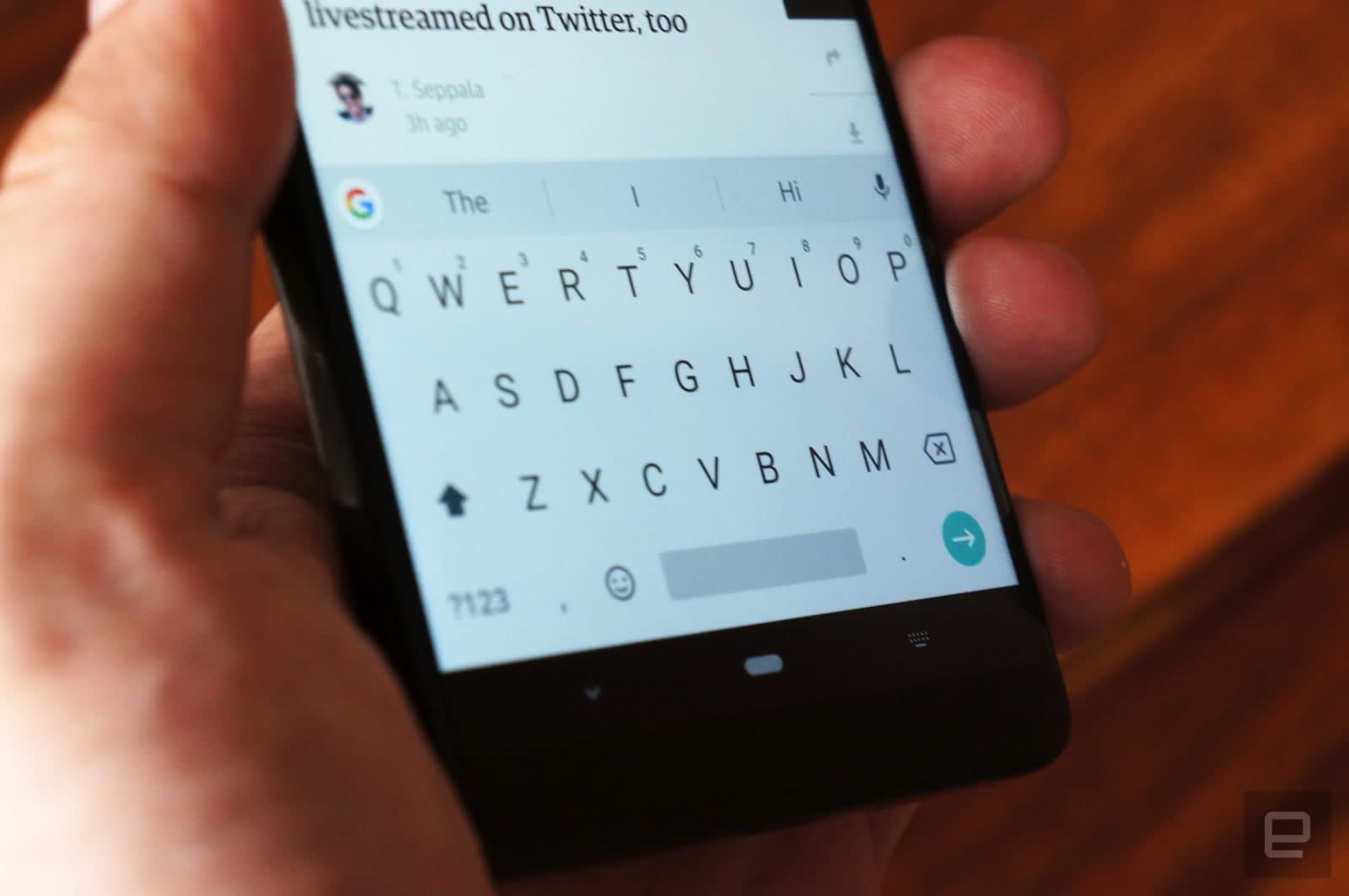 The glide typing feature of Google's Gboard isn't working for some Android users, with many reporting the issue on Reddit and Twitter over the last 24 hours. As 9to5Google reports, though users can still swipe the keyboard, the word results don't match up with the letters they glide typed. Google acknowledge the issue, telling 9to5Google, "We're aware of a bug that affects glide typing accuracy in Gboard. We're working on a fix." The company recommended that any user affected by the bug try force-quitting Gboard or rebooting their phone, which could fix the problem temporarily.

In this article: android, bug, gboard, gear, glidetyping, google, mobile
All products recommended by Engadget are selected by our editorial team, independent of our parent company. Some of our stories include affiliate links. If you buy something through one of these links, we may earn an affiliate commission.