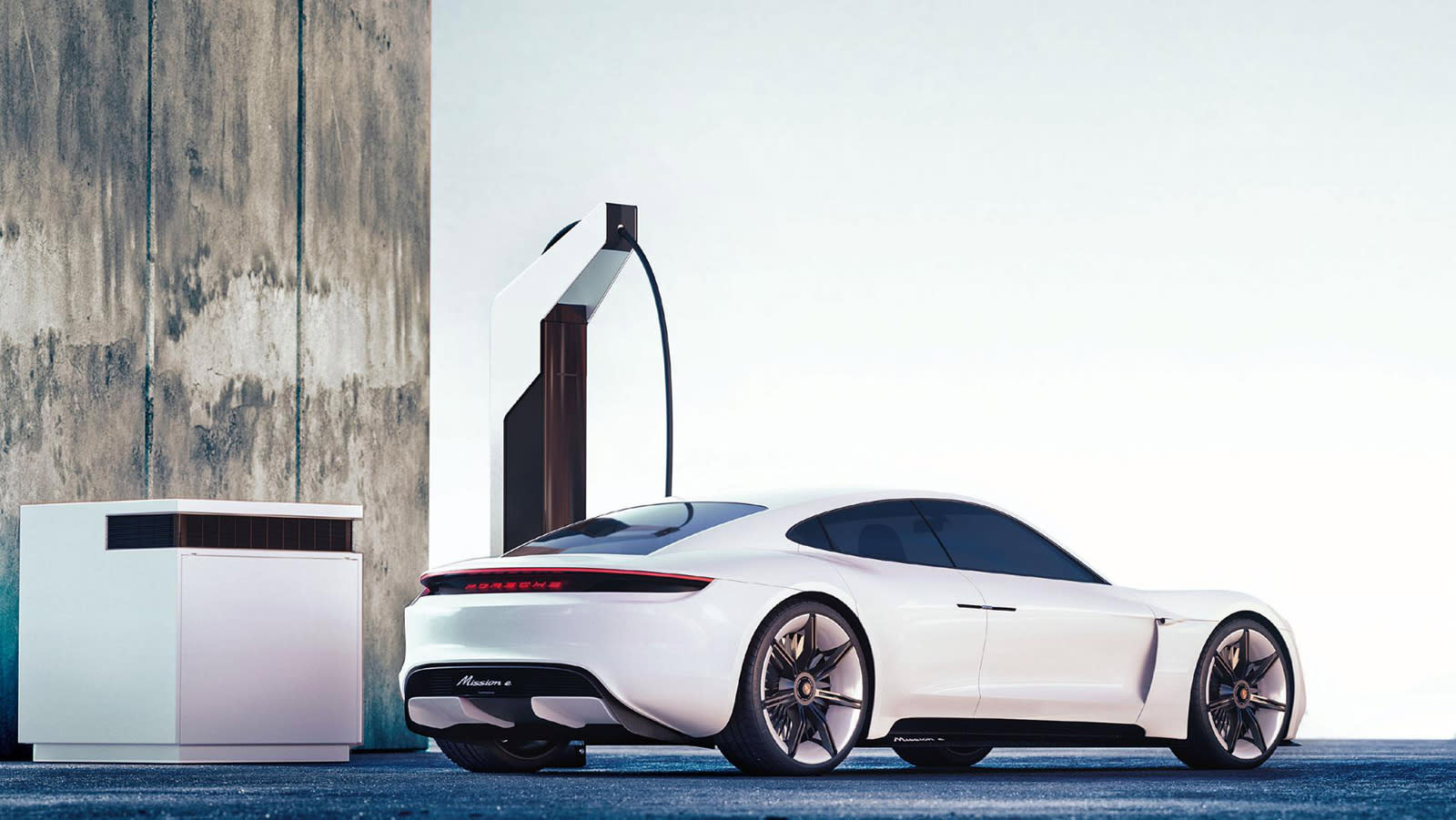 Fast charging stations promise to end the long wait to top up electric cars, but the technology is expensive, bulky and a little intimidating. Thankfully, Porsche might have solved all three problems in one go. It just unveiled an "electric pit stop" whose design promises to make the company's 800V charging more accessible. Rather than load everything a charging station needs into a single cabinet, Porsche splits things into modular "FlexBoxes" that can offload some of the work and stay far from the customer -- you might only see the charging pole itself.

A typical system includes a transformer, a PowerBox (to convert the transformer's AC power into DC) and a CoolingBox (to liquid cool multiple charging stations), all of which include components that would normally have to be included in every pole. Smaller charging areas can get ComboBoxes that include both components. And if the local electrical grid isn't powerful enough, ChargeBoxes include a 70kWh battery (with one 160kW station) or 140kWh (with two stations) that can replenish themselves in between fast charging sessions. That last option will only help in situations where a charger only sees occasional use, but it could beat forcing drivers to endure a glacially slow charge while they're at the store.

The modular approach boosts efficiency to about 95 percent for the full system, Porsche said, lowering costs for charging station hosts. And since the system can sit up to 200 meters (656 feet) away, a provider could tuck the modules out of sight.

Porsche hasn't said when it would make the "pit stop" design available, although it's planning a network of 500 fast charging stations by the end of 2019. It could theoretically use this for some installations. As it is, there's no rush to install the stations until 800V-friendly cars like the Taycan are on the road.

In this article: chargebox, chargingstation, combobox, coolingbox, electriccar, electricvehicle, ev, fastcharging, flexbox, gear, porsche, powerbox, taycan, TL19EVCHRG, tomorrow, transportation
All products recommended by Engadget are selected by our editorial team, independent of our parent company. Some of our stories include affiliate links. If you buy something through one of these links, we may earn an affiliate commission.