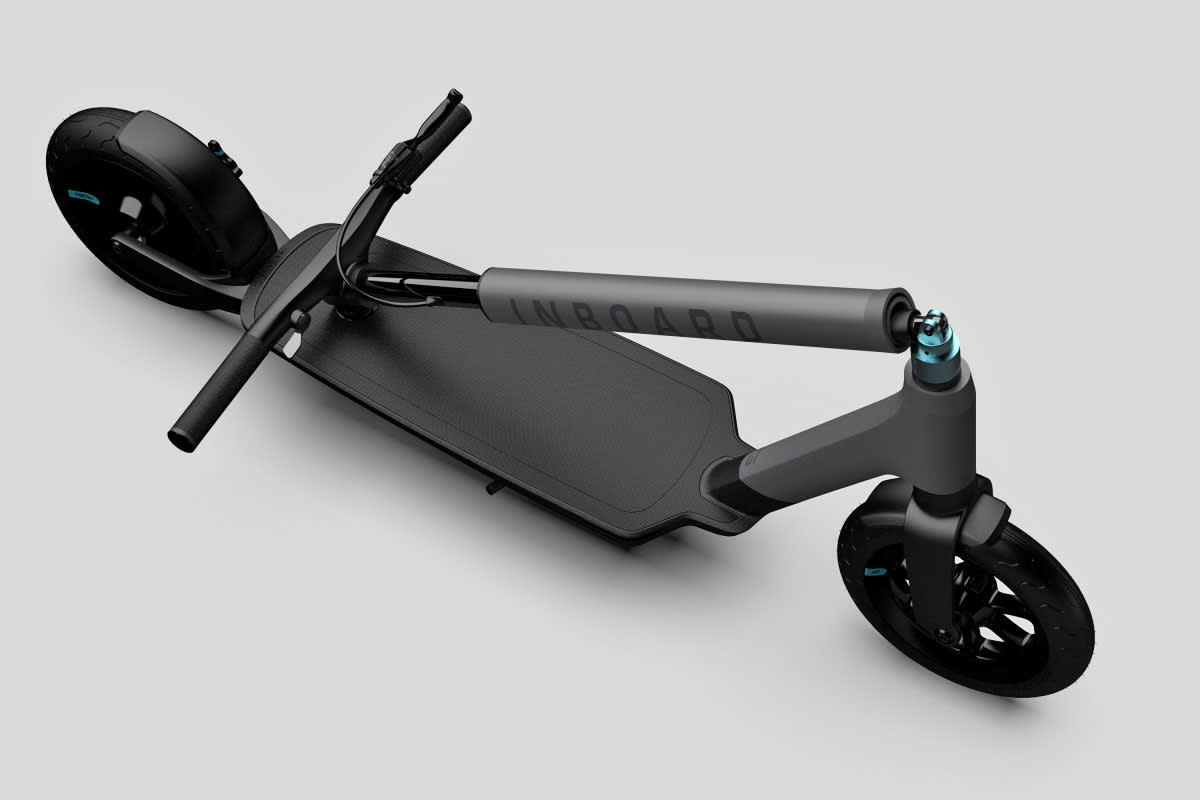 Having raised $8 million and conquered Shark Tank, electric skateboard-maker Inboard Technology is now taking aim at Uber, Bird, and Lime with its first e-scooter, dubbed the "Glider". Touted as the "only scooter with a swappable battery," pre-orders for the $1,299 two-wheeler begin this fall ahead of its February 2019 release date. Aside from the general public, Inboard is hoping to sell fleets of Gliders to businesses, cities, and universities.

Like on Inboard's M1 e-skateboard, each battery pack here can be swapped out for a new one when it runs out of juice -- similar to what we've seen on Taiwanese company Gogoro's e-motor-scooters. That means range (12 miles in the Glider's case) shouldn't theoretically be a problem, as long as you carry enough spares -- though Inboard is yet to confirm extra battery pack pricing. Inside lurks a 750W in-hub motor that trumps the Xiaomi M365 scooter's 250W power (the latter used by Bird, Spin and Lyft, notes Electrek).

The fold-up Glider's other features include large tires, a coiled suspension, and an 8.1-inch wide deck, making it bigger than its rivals. Both a consumer and business model are inbound, the only difference between the two being a slightly tweaked companion app for fleets.

In this article: E-Scooter, gear, transportation
All products recommended by Engadget are selected by our editorial team, independent of our parent company. Some of our stories include affiliate links. If you buy something through one of these links, we may earn an affiliate commission.