Fly me to the Moon, but not if it means I get Leukemia.

When SpaceX launches Japanese billionaire Yusaku Maezawa and his eight traveling companions for a trip around the Moon in 2023, the company will be undertaking an unprecedented step toward the future of civilian space flight. But with being the first to attempt this feat comes a number of technical and safety challenges that less ambitious expeditions, like Blue Origin's treks to the Karman Line, won't have to face. So, just how will SpaceX ensure that its first trip to the Moon doesn't turn into a real-life Gravity?

Between an absolute vacuum that will burst your lungs just before you freeze to death, lethal doses of cosmic radiation, microgravity-induced physiological changes and the psychological stress of being isolated in such an unforgiving environment, venturing beyond Earth's gravity is not an activity for the ill-prepared or faint of heart. 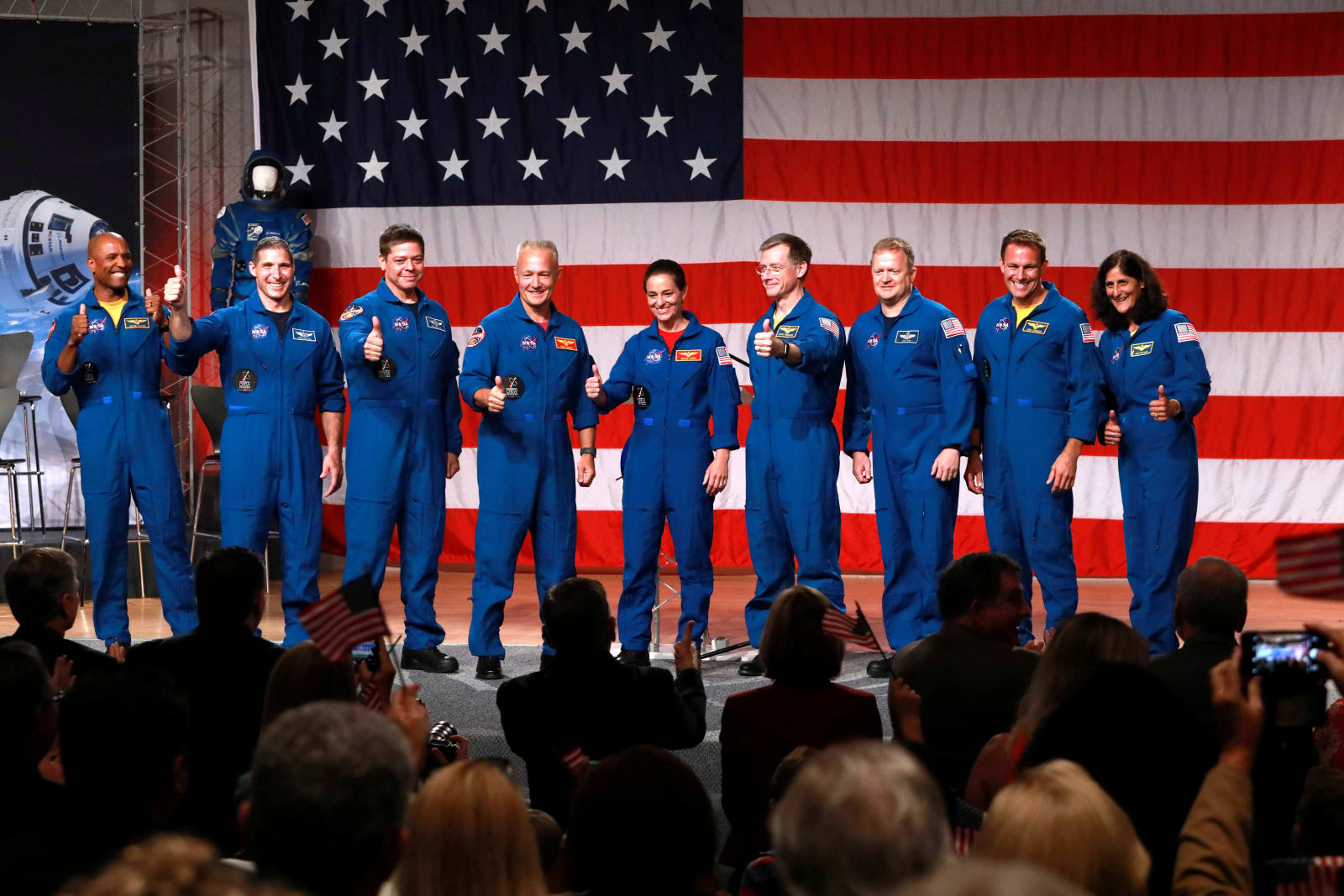 Since the space agency's inception, NASA has rarely run short of adventurous spirits willing to risk their lives in the name of exploration. What's more, those folks volunteering for service in space perform beyond the physical bounds of your average pudgy American. "NASA's philosophy is 'let's just take the healthiest people and that way we can spend the least amount of resources on keeping them healthy,'" Dr. Daniel Buckland, assistant professor in the Duke University Department of Mechanical Engineering and Materials Science, as well as assistant professor of surgery at Duke's Division of Emergency Medicine, told Engadget. "[NASA] just basically treats them as high-performance athletes."

However, once regular folks (albeit obscenely rich ones) start hitching rides into space for fun, more common health and safety issues are sure to emerge. Space tourists will "probably be nominally healthy," Buckland figures. "They're healthy 50-, 60-year-olds, but they have different medical problems than your 40-year-old NASA astronauts who are at that high elite-athlete level of health."

In fact, the problems they might encounter could already be familiar to us."The same kind of problems you would have if you had you or me go out and try to play football," Buckland continued. "Previously you had high-performance people doing it. Now you have everyday people doing it, and that's more of an emergency medicine, acute-care question."

Buckland expects many space tourists will end up bringing their maladies with them. "If you're diabetic, you have a new environment, and so with [the] different foods and different amounts of exertion you're doing, you would have to pay more attention to your sugar level or glucose level than you would otherwise," he explained. "If you're already susceptible to having a diabetic illness, going on this trip would probably make it more likely that you're going to have an episode."

Buckland explains that, for suborbital trips like Blue Origin's proposed 90-minute flights, "you would need the kind of same thing you would need at an amusement park in terms of medical capability"; however, for SpaceX's longer BFR trip, one would expect medical care more closely resembling what one would find on a cruise ship. 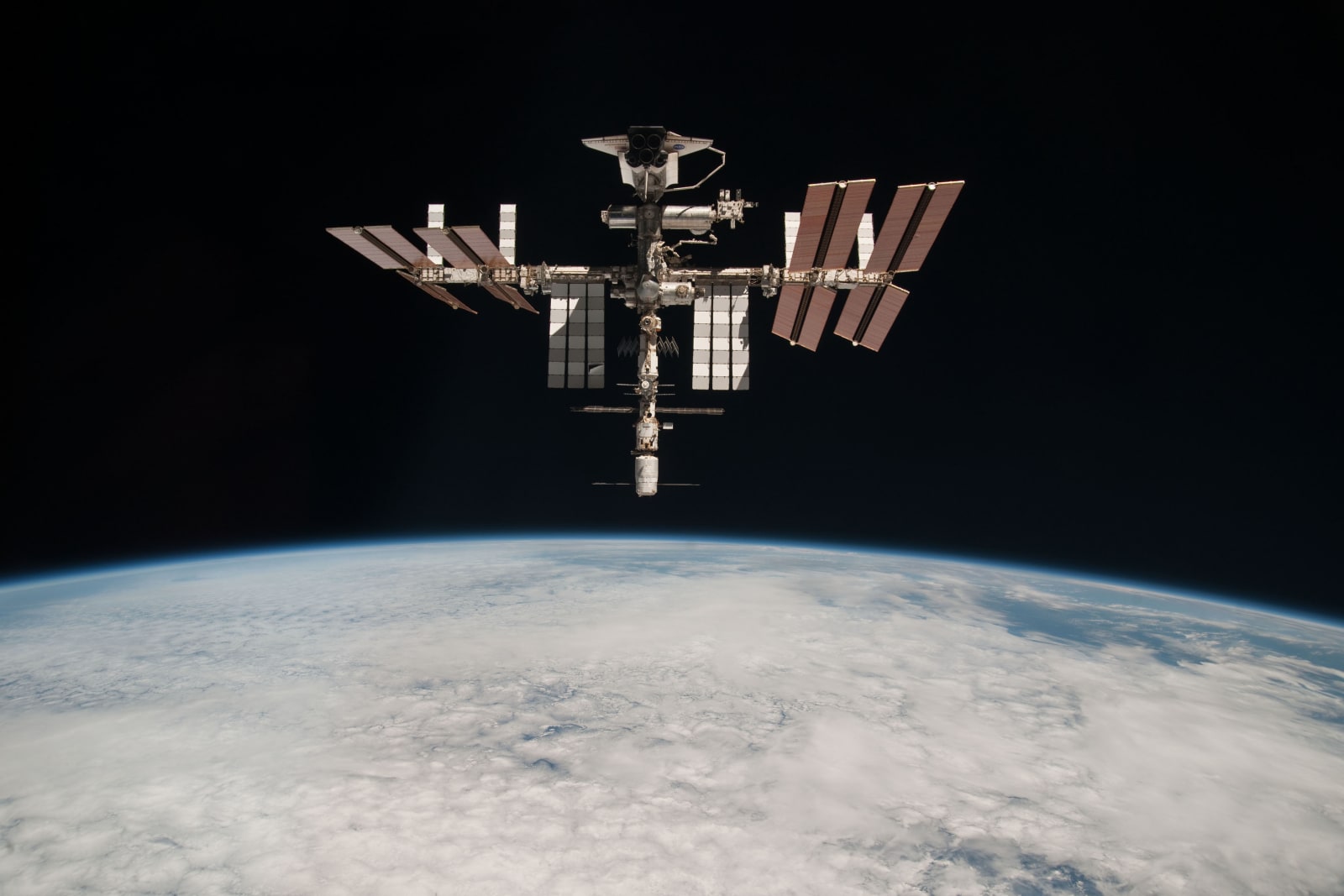 "Right now the International Space Station probably has the medical capability of an ambulance," he said. "It's designed for people who are overridingly healthy and who are going to have an industrial kind of problems like broken bones, the stuff you would expect to happen in an industrial environment. The way it's designed right now is to maintain your health as long as possible, the same as an ambulance until you get to a higher level of care."

Because the people onboard these tourist rockets won't necessarily be the highly-trained astronauts that have conventionally headed into space, emergency protocols, as well as the medical equipment itself, will have to adapt. As Buckland points out, the most critical design factors in building medical devices for use in space are minimizing mass, volume, power consumption and material consumption. Simplifying these aspects, in turn, reduces the amount of training users have to endure to before they can properly use the device.

This change also means that there will be a significant influx of easy-to-use medical devices -– such as the defibrillators you find at the mall -- on commercial space flights compared to government-run missions. On NASA flights, for example, where the crew has been handpicked, access to those defibrillators will not be available because "the decision has been made that this is not worth having the capability to deal with that to keep that person alive." Buckland explains government analysts "decided it's such low risk [that a perfectly healthy NASA astronaut would suffer a heart attack] that maintaining that capability isn't worth it. However, on a commercially funded mission, keeping everybody alive for the duration is of far greater concern than scientific discovery.

Radiation exposure is among the most prevalent dangers for space travelers and comes from two primary sources: High-energy protons generated by solar flares, though those are rare, and galactic cosmic rays, which are emitted from "all the stars in the galaxy," Dr. Francis Cucinotta, a professor at the University of Nevada at Las Vegas Department of Health Physics and Diagnostic Sciences, told Engadget.

"These tourist missions, they're talking about no more than a week, so the cosmic-ray risk is relatively small," he explained. Solar flares would still be an issue but are detectable so if one does occur prior to liftoff, the flight would simply be rescheduled. But cancer affects different people in different ways.

"There's a strong dependence on age," Cucinotta continued. "If you have people -- especially under age 30 -– they would have a much higher risk than the astronauts, who are usually in their 40s and 50s. Females have a higher risk because of breast and ovarian cancers" and potentially lung cancer.

Luckily, modern radiation shielding is sufficient for the relatively local destinations that commercial operators like SpaceX and Blue Origin are suggesting. NASA has successfully ferried crews to the moon and back without drastically increasing their chances of developing cancer later in life. Crewmembers aboard the ISS, for example, expressly accept that their residency there could translate into a 3 percent greater chance of developing cancer. However, once we start venturing deeper into the solar system, we'll have to develop new means of protecting spacefarers.

"It's a matter if they're going to pay for [necessary additional shielding] and put it on these vehicles." Cucinotta said. "And for the galactic rays, you can't shield at all as the energies are just too high." We'd need to wrap spaceships in meters-thick layers of shielding to counter the high energies of galactic rays, Cucinotta hypothesized. "Nobody can afford to launch that much mass into space for a volume of several people."

That radiation carries a secondary danger as well. A 2016 study published in Nature suggests that the RADs NASA astronauts absorbed while walking on the moon have negatively affected their overall cardiovascular health compared to astronauts who didn't venture beyond Low Earth Orbit. In fact, the study found that moonwalkers suffered from cardiovascular disease at a rate of four to five times that of Earthbound astronauts. The issue isn't so much that researchers still aren't entirely certain how space radiation affects the human body as much as their uncertainty to the degree by which affects our physiology.

"These are studies and experiments. [Commercial and government space agencies] really need to get to the knowledge," Cucinotta argued. "Is this really helping? If the increased cancer risk is twenty percent [as opposed to 3 percent aboard the ISS] I don't think they can take these long-term missions. You see the leaders of NASA saying, 'We'll just accept the risk.' But the thing is, nobody knows exactly what the risk is."

The stakes are even higher for commercial carriers, Cucinotta points out. Space tourism isn't going to be a thing for very long if the first couple of batches of amateur explorers come back to Earth with raging cases of fast-onset cancers. "Leukemia ... has a very short latency," Cucinotta explained. "It can be like within one to a few years after you're exposed to radiation you can have leukemia, and that would be like definitive that it was caused by the radiation."

However, that only really applies to acute radiation poisoning. "Probably your 30-year risk of cancer is higher [after taking a tour around the moon], but does that matter to a 60-year-old?" Buckland asked.

We reached out repeatedly to SpaceX regarding this story but the company declined to comment.