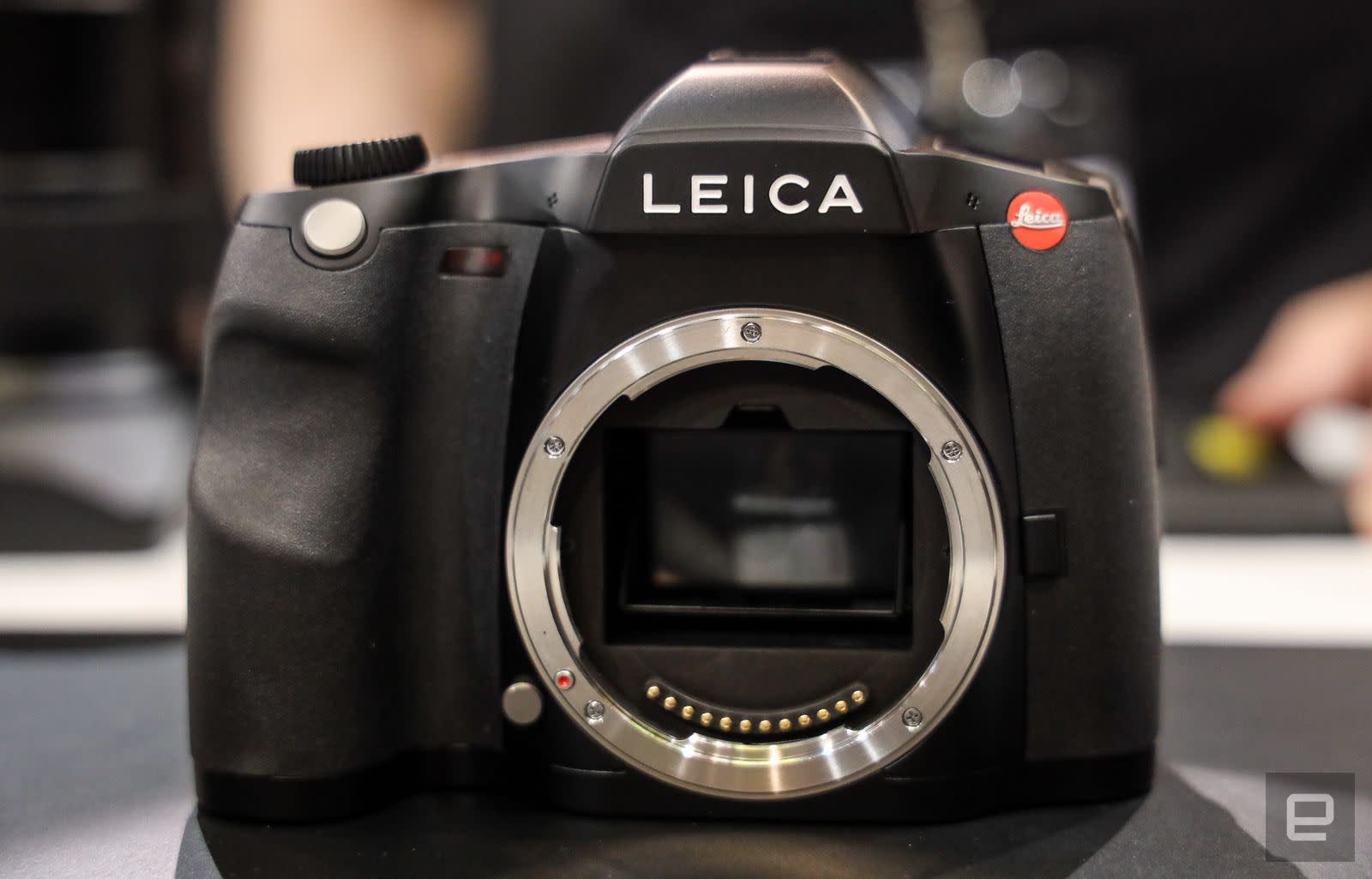 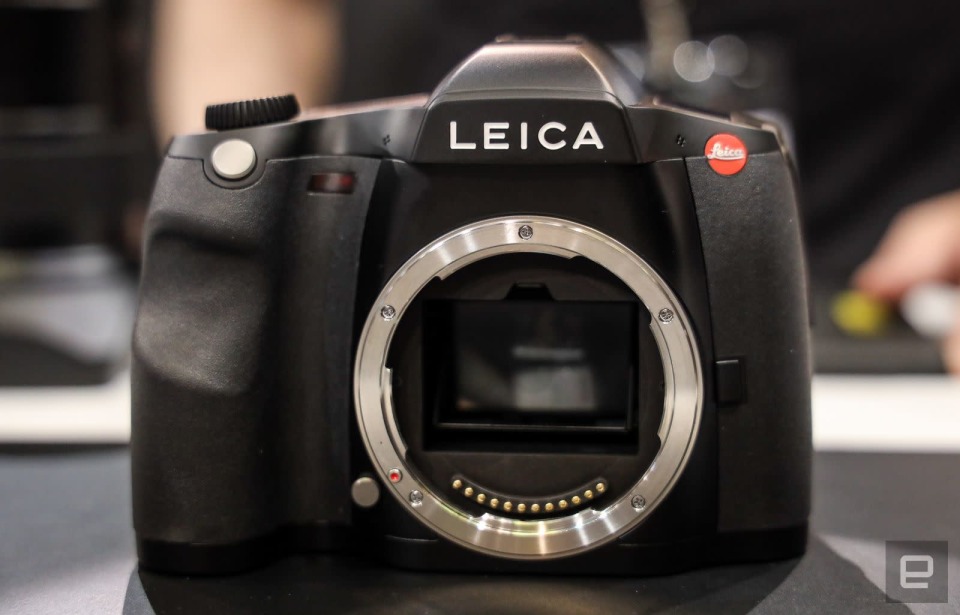 Leica's biggest news of Photokina was the launch of the L-Mount alliance with Panasonic and Sigma, but it also unveiled a camera. The Leica S3 is a rakish DSLR with a massive 64-megapixel medium-format sensor and 4K video capability that's set to arrive in spring of 2019. I got a chance to handle it at Photokina 2018 and take a few shots (but not keep them), and I can tell you that this is one beautiful-feeling camera. Given the likely price, however, I'm quite sure I'll never own one.

The last S Typ 007, first unveiled in 2014, had a sensor resolution of a mere 37.5 megapixels. RAW file sizes for that model were 40MB each, so expect the 64-megapixel S3 to nearly double that. There aren't very many camera models with more resolution, other than a few Hasselblad models and Fujifilm's incoming GFX-100 with a 100-megapixel resolution sensor.

The S3 uses a dual shutter, with a focal plane model for regular S lenses and a central shutter for CS lenses. Leica has about ten S-lenses in its lineup, along with adapters for different models from Contax and Hasselblad. The sensor has no low-pass filter (LPF) to maximize sharpness, though that will likely result in some moire and jagged edges, especially in video. It can shoot at up to 3 fps in RAW, which is actually not bad for a medium format camera, and nobody is buying this for sports photography anyway. ISO ranges from 100 to 50,000 and Leica promises a very decent 15 stops of dynamic resolution. It's equipped with USB 3.0 and WiFi, but not Bluetooth.

The optical pentaprism viewfinder has 0.87x magnification, and the rear (non-touch) screen is a 3-inch, 921,600 dot model. Leica isn't saying yet how many shots you'll get on the battery, but the last model could handle 1,000. Despite its higher resolution sensor, the S3 should be close to that too, Leica told Engadget.

The S3 can shoot cinema 4K (4,096 x 2,160) using the entire medium format sensor, which will give your videos an epic 70mm IMAX-like film look. Given the number of megapixels on the sensor, though, there's likely to be some line skipping, which will worsen the moire and aliasing. Still, it should result in an incredible look.

For such a powerful camera, the Leica S3 is pretty easy to handle. The camera is largely intended for professional use, so the magnesium body is tough as nails and feels nice and grippy. Autofocus seemed to work pretty well, though it's obviously slow compared to mirrorless cameras from the likes of Sony and Canon. The AF also makes a lot of noise, so when shooting video, you'll probably want to stick to manual focus mode. I really liked the menu and control layout, too. Rather than using a million buttons, the S3 lets you long-press on the rear controls to activate functions and menus, which are simple and easy to navigate. There are manual controls where most needed, namely dials to set the aperture and shutter speed.

In this article: cameras, DSLR, DslrVideo, gear, Leica, MediumFormat, S3
All products recommended by Engadget are selected by our editorial team, independent of our parent company. Some of our stories include affiliate links. If you buy something through one of these links, we may earn an affiliate commission.