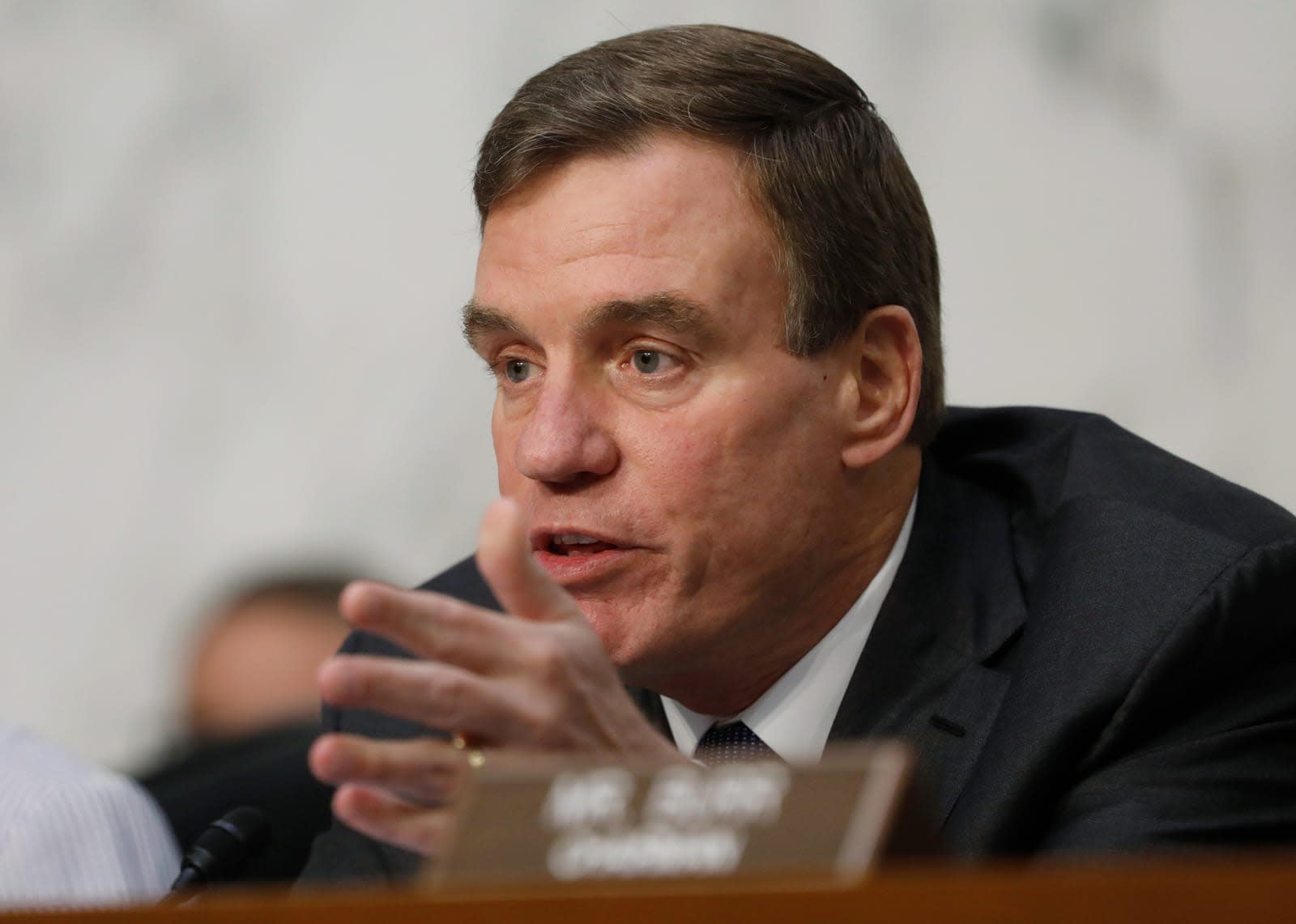 Facebook revealed today that it was hit with a data breach that affected 50 million users, and now Senator Mark Warner has called the incident "deeply concerning." In a statement released shortly after the reports surfaced, Warner said, "A full investigation should be swiftly conducted and made public so that we can understand more about what happened."

Warner, who serves as vice chairman for the Senate Intelligence Committee, has repeatedly voiced his concerns over security issues and data privacy. He even put together a paper earlier this year that highlighted challenges faced by online platforms like Facebook and suggested ways that they could be addressed by policy. "The hope is that the ideas enclosed here stir the pot and spark a wider discussion -- among policymakers, stakeholders and civil society groups -- on the appropriate trajectory of technology policy in the coming years," he wrote.

While Warner's statements won't result in an investigation themselves, it's notable that a leader of the Senate Intelligence Committee is addressing the incident so soon after it was reported. FTC Commissioner Rohit Chopra has now chimed in as well, tweeting today that he wanted answers.

"Today's disclosure is a reminder about the dangers posed when a small number of companies like Facebook or the credit bureau Equifax are able to accumulate so much personal data about individual Americans without adequate security measures," Warner said in his statement. "This is another sobering indicator that Congress needs to step up and take action to protect the privacy and security of social media users. As I've said before -- the era of the Wild West in social media is over."

In this article: breach, cybersecurity, facebook, gear, internet, markwarner, politics, security, senateintelligencecomittee
All products recommended by Engadget are selected by our editorial team, independent of our parent company. Some of our stories include affiliate links. If you buy something through one of these links, we may earn an affiliate commission.