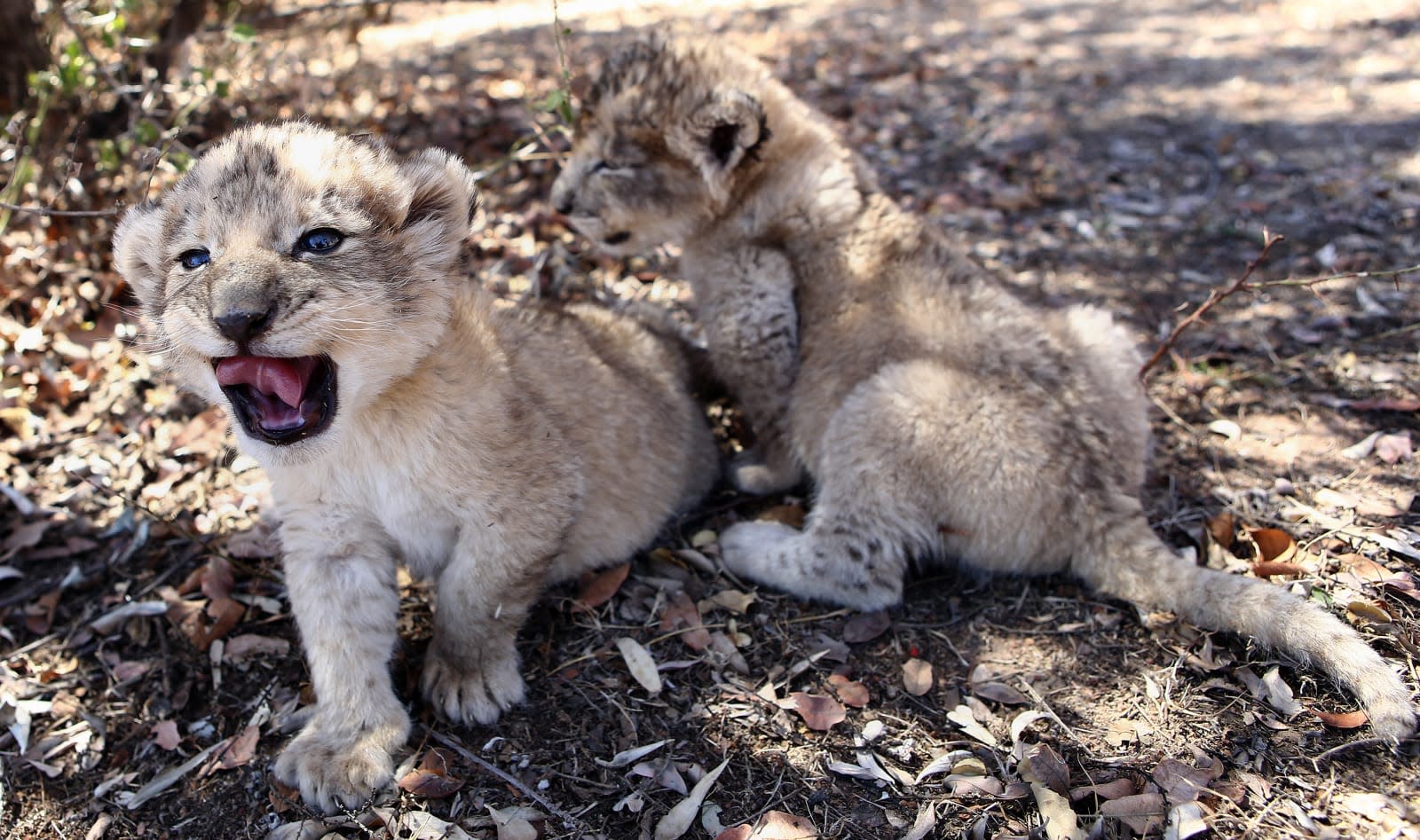 Artificial insemination isn't new, but the technique is still breaking new ground -- and it might just save one of the world's better known species. South Africa's University of Pretoria has successfully used artificial conception with lions for the first time, producing two cubs (Isabel and Victor, above) who've been healthy since their birth on August 25th. This wasn't a simple case of repeating familiar methods, either. The researchers relied on a new approach that could represent a breakthrough for species conservation.

After collectiong sperm from a male lion, the team gauged the hormone levels of eligible females through blood samples to see when they would be well-suited to carrying the cubs. The only requirement was training the lionesses to rest next to a fence so that they could readily provide samples. Previous methods would have required moving the lions out of their existing habitat. Here, the females could stay in their existing environment.

Not everyone is happy with the development. Animal welfare groups have argued that South Africa's captive lion breeding revolves around tourism and trade, not conservation. The researchers see things differently, though. In a chat with AFP, study scientist Imke Lueders saw artificial insemination as "another tool in our conservation box" that could keep the lion population going. Wild lion populations have plunged 43 percent in the past 20 years. Technology might be vital to keeping the species going. The technique could also help boost the populations for cheetahs and other big cats whose survival isn't guaranteed.

In this article: africa, artificialinsemination, biology, conservation, gear, lion, medicine, science, southafrica
All products recommended by Engadget are selected by our editorial team, independent of our parent company. Some of our stories include affiliate links. If you buy something through one of these links, we may earn an affiliate commission.