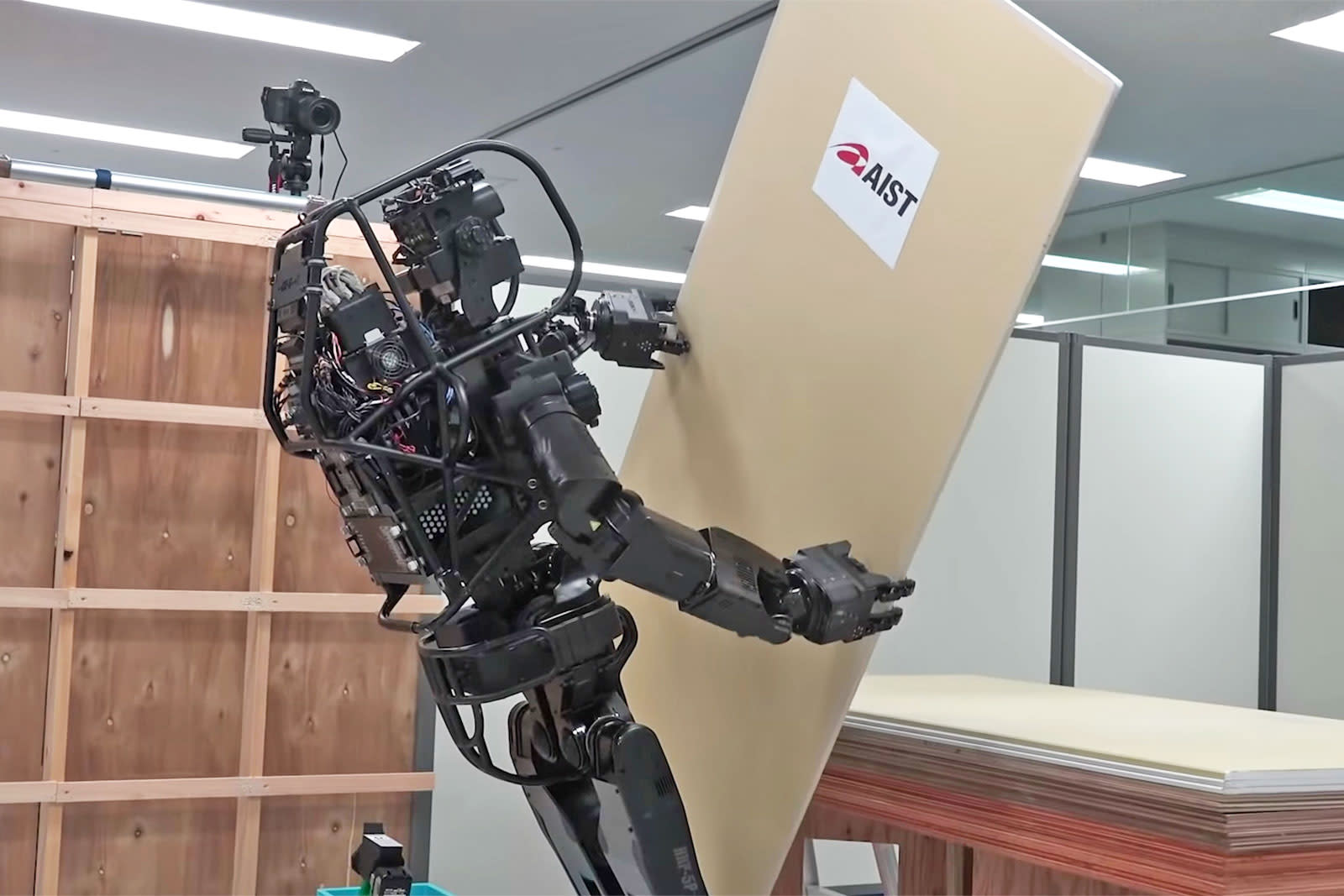 If Japan's Advanced Industrial Science and Technology Institute has its way, construction workers might be a thing of the past. Researchers have built HRP-5P, a humanoid bot that can handle a variety of construction tasks when there's either a staffing shortage or serious hazards. The prototype uses a mix of environment detection, object recognition and careful movement planning to install drywall by itself -- it can hoist up boards and fasten them with a screwdriver.

The design doesn't have as much freedom of movement as a human being, but makes up for that with numerous joints that flex to degrees you wouldn't see in real people. It won't always look the most natural when doing its job, but it'll be effective. It can also correct for slips, and it's not deterred when it has a limited field of view.

AIST's robot is methodical, but you can't call it quick given its tendency to take baby steps and otherwise act cautiously. The potential is huge, however. In addition to typical building construction work, robots like this could also help assemble aircraft and ships. The team is aiming for collaboration with private companies that would treat HRP-5P as a development "platform" that could lead to further breakthroughs.

However, the machine also fits into a familiar pattern for Japan: its determination to address population shortfalls through technology instead of immigration. AIST is quick to declare that robots like HRP-5P are meant to tackle the "manual shortages" expected to stem from Japan's aging residents and shrinking birth rate. This would free the shrinking number of human workers to focus on lighter and less dangerous work, according to AIST. It could be useful far beyond Japan, but it's meant to address a far deeper issue that robots can't fix.

In this article: aist, construction, drywall, gear, humanoid, humanoidrobot, japan, robot, robots, TL19BOTWLK, tomorrow, video
All products recommended by Engadget are selected by our editorial team, independent of our parent company. Some of our stories include affiliate links. If you buy something through one of these links, we may earn an affiliate commission.