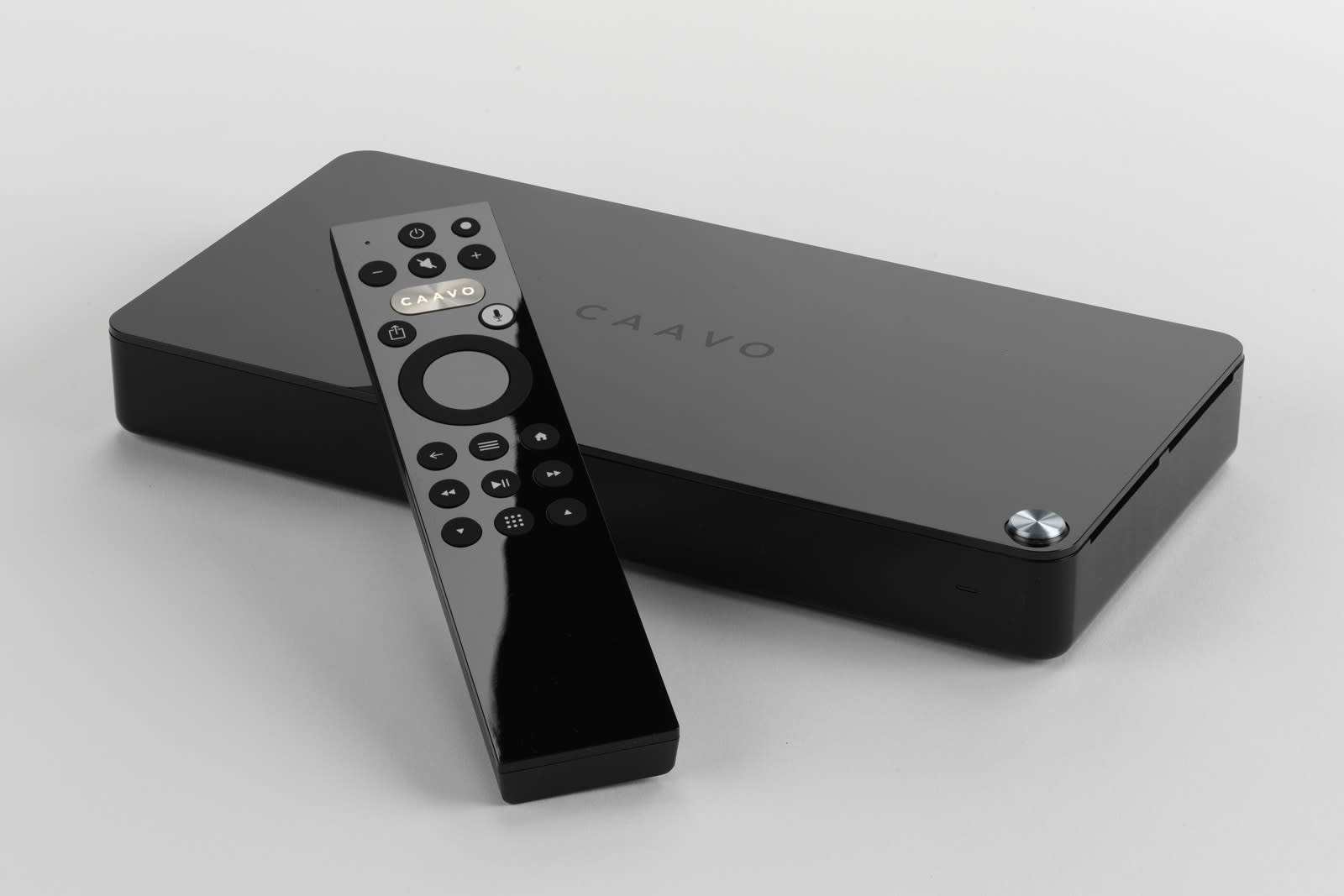 Caavo's first shot at a smart universal remote (and the hub to match) was clever, but expensive -- at $399, you had to be a serious enthusiast to enjoy it. You might not have those qualms this time around. The company has unveiled the Control Center, a combination remote and hub that includes much of the intelligence with a $100 up-front price (more on that later). It gets there in part by cutting many of the bordering-on-overkill features you saw in the original hardware. Gone are the wood panels, the hidden browser to sign you into services, an infrared adapter and half of the eight HDMI inputs. The core, however, is familiar: it's a media center overseer that uses machine vision to juggle all your devices.

The Control Center melds inputs (including Bluetooth, HDMI-CEC, infrared and networking) with voice control and cloud smarts to find the material you're looking for across apps and play it on the device you need. If you've found a must-see show, it can wake your TV and jump to the relevant media box to play it. Machine vision both studies what devices are doing and learns whether or not commands work as promised.

There are functional improvements. The Control Center now supports Dolby Atmos audio and HDR10 visuals (Dolby Vision is coming later in October). It will recognize smart TV apps, too, thanks to an upcoming upgrade that will recognize Amazon- and Roku-powered sets from multiple vendors as well as LG and Sony TVs. New hardware cuts the video lag down to 30ms, making it a better option for some gamers. A discovery feature, meanwhile, makes it easy to create and share playlists of favorite shows. A friend could give you a list of gotta-see-it shows.

Caavo's new device is available now both online and at Best Buy, although there's a caveat: you'll need a subscription to use it. While the immediate price is much lower than before, you'll have to pay $2 per month to keep the functionality going. That's not a huge outlay, but it could add up if you plan to keep the Control Center for a long time.

In this article: av, caavo, controlcenter, gear, machinelearning, machinevision
All products recommended by Engadget are selected by our editorial team, independent of our parent company. Some of our stories include affiliate links. If you buy something through one of these links, we may earn an affiliate commission.