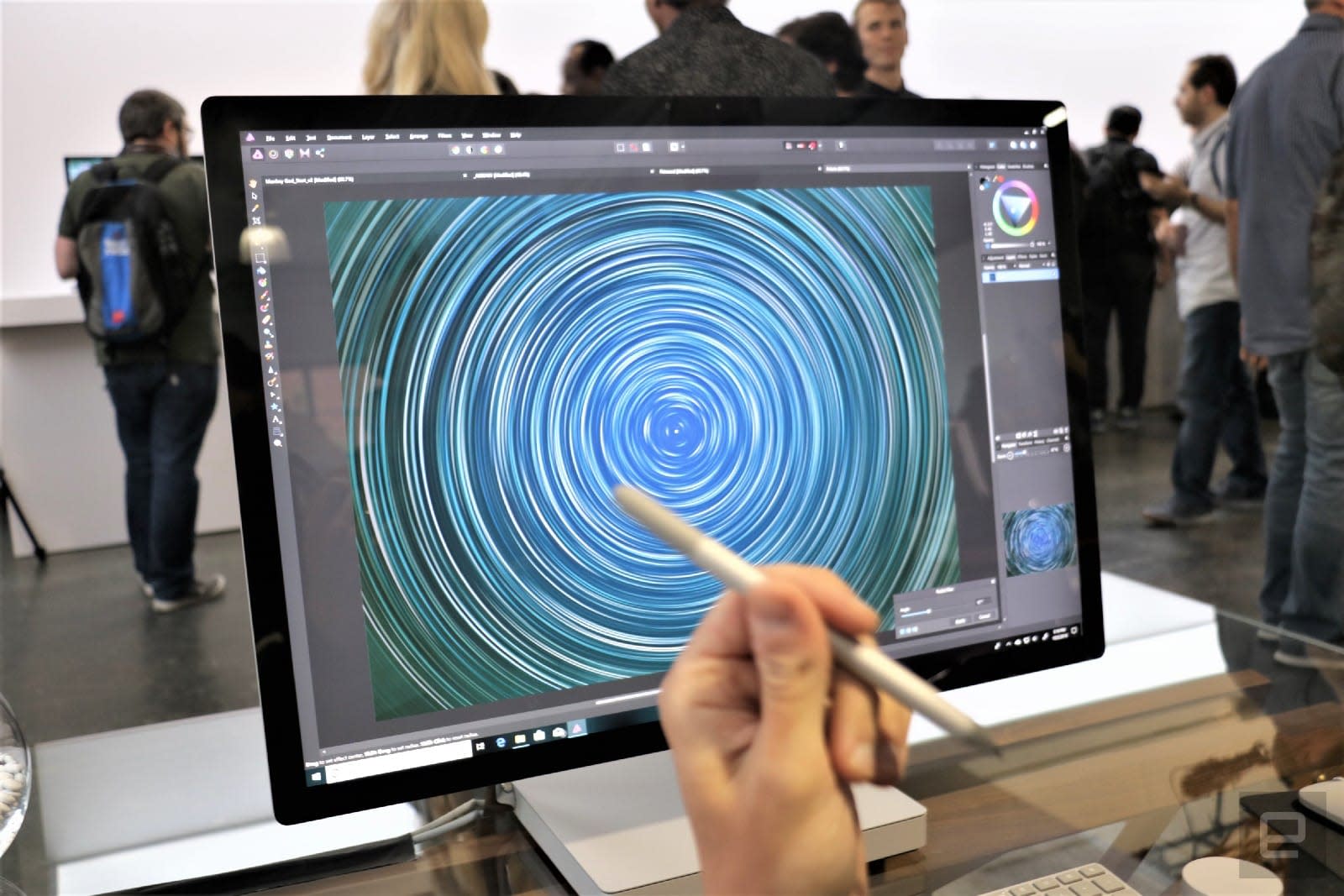 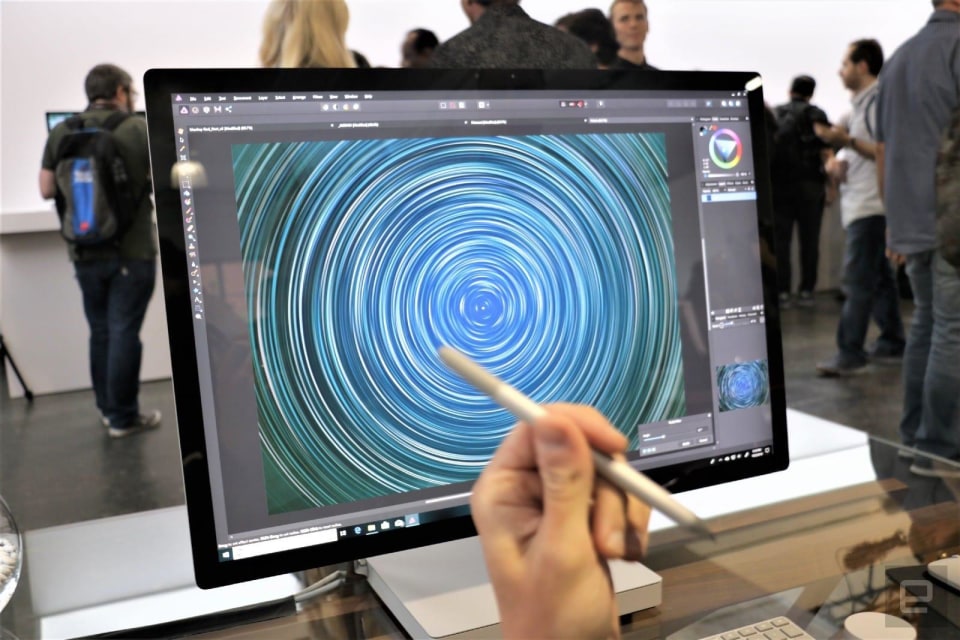 In addition to a new Surface Pro, Surface Laptop and Surface headphones (whew!), Microsoft also unveiled an updated version of its Studio all-in-one at its New York event today. The Surface Studio 2 crams in a huge 2TB SSD (which is much faster than the hybrid drive from the original) while delivering a screen that Microsoft said is 38 percent brighter than before. It also features 22 percent better contrast and 13.5 million pixels. All of which is to say that this is a brilliant screen that should be great for creating masterpieces on. From what I can see so far at the crowded hands-on venue, the claim holds up. Now, I'm no photography expert, but there were a few of them here at the event, no doubt invited by Microsoft to sing praises of the new Surfaces. James Ritson, from European photo-and-graphics software company Serif, patiently showed me how he used the Studio 2 for his work. Indeed, there was little glare as I furiously snapped photos from all angles while Ritson tweaked the pictures on the Studio 2 in front of him. The images he edited on the screen, which was at a display resolution of 4,500 x 3,000, were bright, crisp and evenly exposed. No surprise there, given that Microsoft clearly picked the best samples to show, but I really liked staring at the vibrant portraits and artworks on this display.

The Studio 2 also packs NVIDIA's next-generation Pascal graphics. It did not stutter at all as Ritson not only drew on the canvas with the Pen, but also used the Dial to increase and decrease saturation. The articulating hinge on the Studio 2 is just as smooth as on its predecessor, and it shifted easily while holding the weight of this giant 28-inch device. Ritson told Engadget that he actually noticed that the pen seems smoother, with lower latency than on the older Studio. It detects up to 4,096 levels of pressure and offers tilt sensitivity for more versatile drawing.

A Microsoft spokesperson told Engadget that the company took heed of user feedback when designing the new Studio. Apparently, people wanted more power and improved graphics but didn't want anything else to change. That's probably why, aside from the performance and display improvements, there is not much that's different here. The Surface Studio 2 starts with 16GB of RAM and a 1TB SSD for $3,500, which should offer plenty of power when it starts shipping on November 15th.

In this article: AllInOne, gadgetry, gadgets, gear, microsoft, microsoftsurfacestudio2, personal computing, personalcomputing, surface2018, surfacestudio2, windows
All products recommended by Engadget are selected by our editorial team, independent of our parent company. Some of our stories include affiliate links. If you buy something through one of these links, we may earn an affiliate commission.