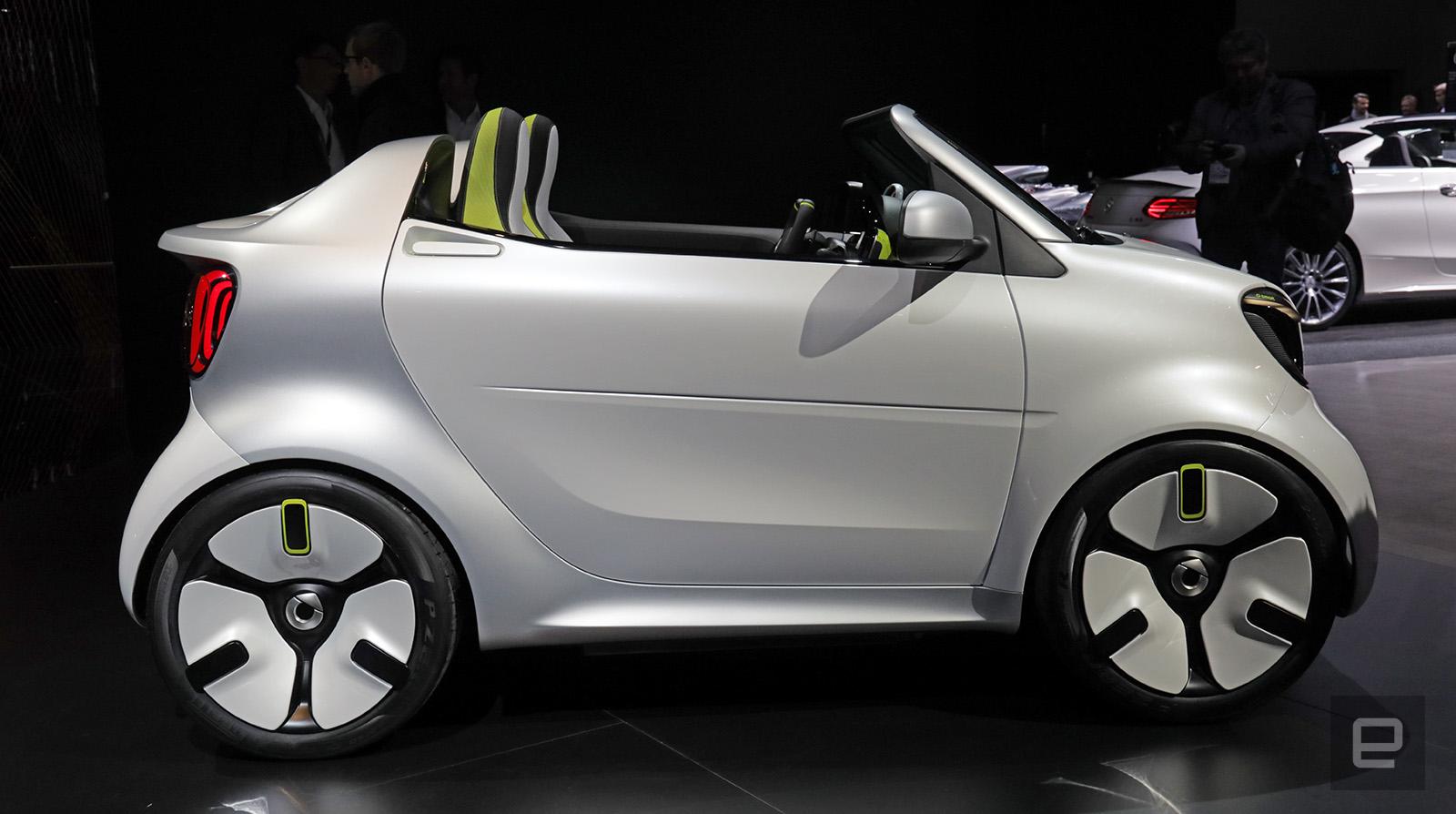 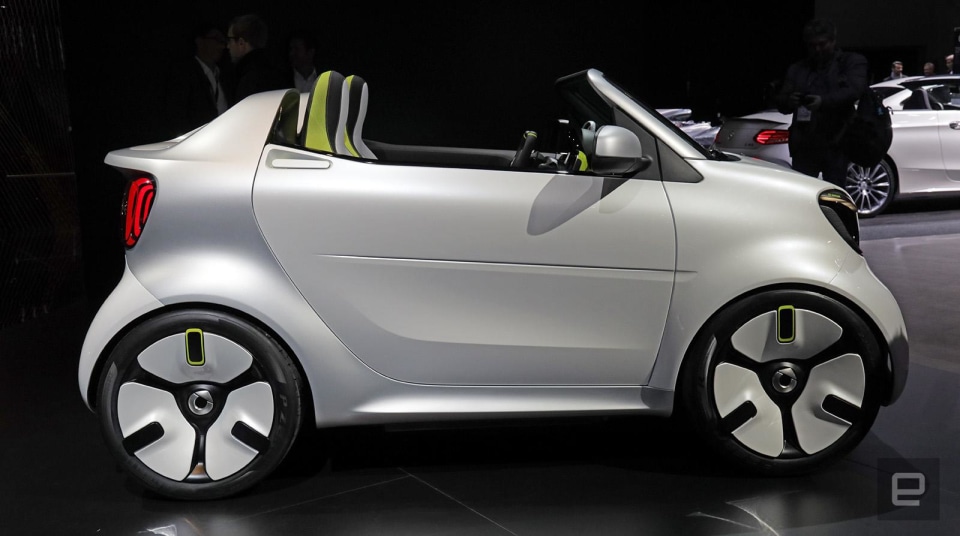 When Smart unveils a new concept car, you're guaranteed to see something lighthearted. The Mercedes-owned company has followed that edict to the "T" at the Paris Auto Show, unveiling the adorable, roofless Forease concept. The new model pays tribute to Smart's last two concept cars, the Crossblade and Forspeed, but is based on the standard production ForTwo and is thus drivable.

The main feature of the Forease, as with the ForTwo, is the wide open roof. The idea is that you, a young-at-heart and carefree person, can breeze through the city with the wind in your hair, "standing for the authentic urban mobility that continues to be the concept of the brand," Smart said. It's also got a stubbier windscreen and white, metallic color with green accents to further accentuate it's, er, carefree-ness. Other touches include seamlessly integrated door handles, tunnels in the rear head rests and design touches on the headlights and elsewhere. There are also round displays instead of air vents, because who needs air vents, baby, we're in a convertible!

In all seriousness, it's the electric drive train that counts the most. Since 2017, Smart has only sold electric vehicles in the USA, Canada and Norway, and will go all electric in Europe by 2020, with the rest of the world to follow later. By unveiling a concept car that sticks to that theme, Mercedes can show off its green bonafides, even though gas-powered sedans and SUVs are still its main cash cow -- until the EQ lineup enters the market in 2020.

While it unveiled the Forease, Mercedes revealed that it will make Paris its fourth car2go car-sharing city, starting in January. The fleet will start with 400 Smart electric cars (built in France, natch), and Mercedes thinks that Paris could eventually become its largest car2go city. The service might, eventually help residents forget about the death of its last car-sharing service, Auto'lib.

In this article: ConceptCar, EV, Forease, gear, Mercedes, ParisAutoShow2018, Smart, transportation, UrbanMobility
All products recommended by Engadget are selected by our editorial team, independent of our parent company. Some of our stories include affiliate links. If you buy something through one of these links, we may earn an affiliate commission.