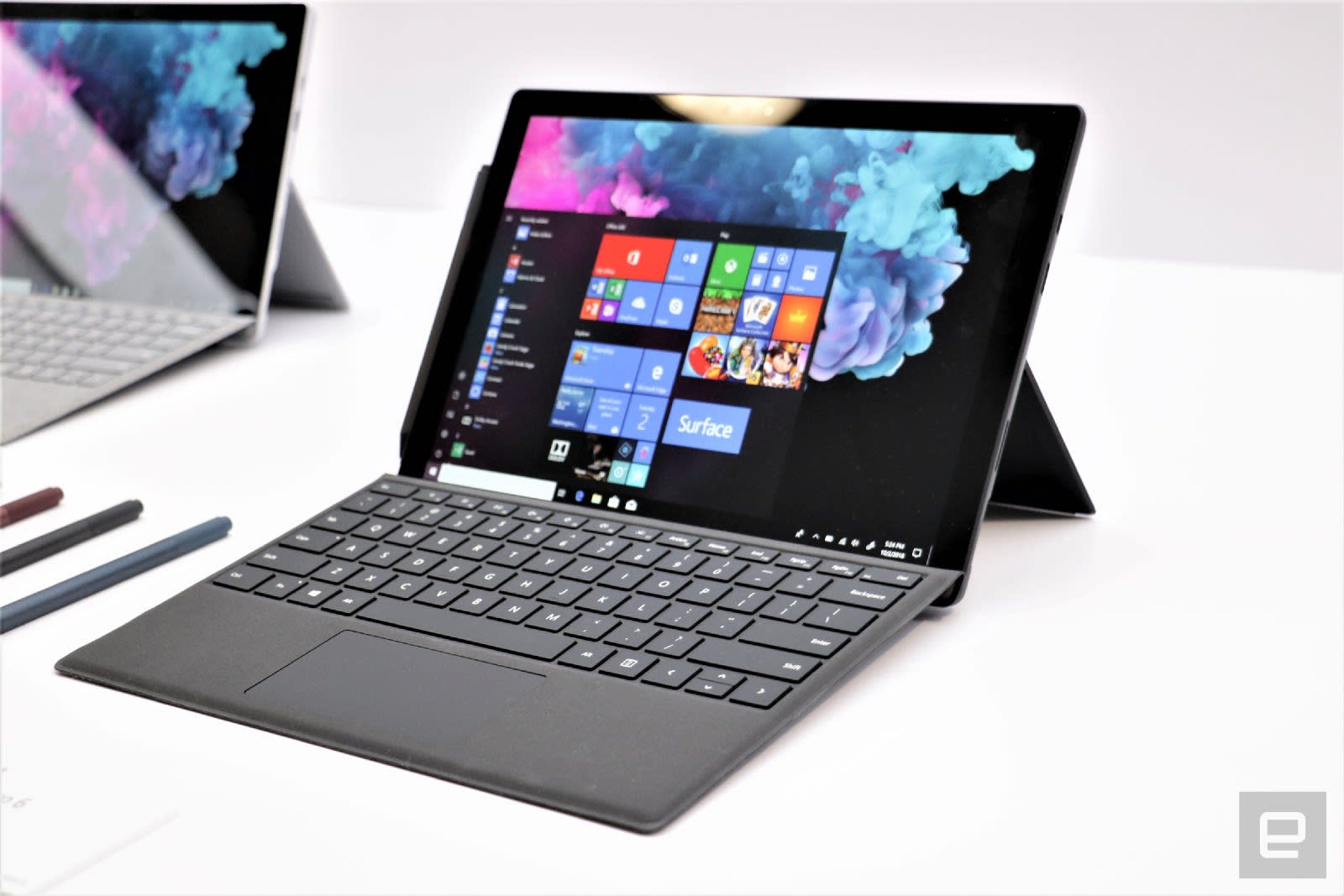 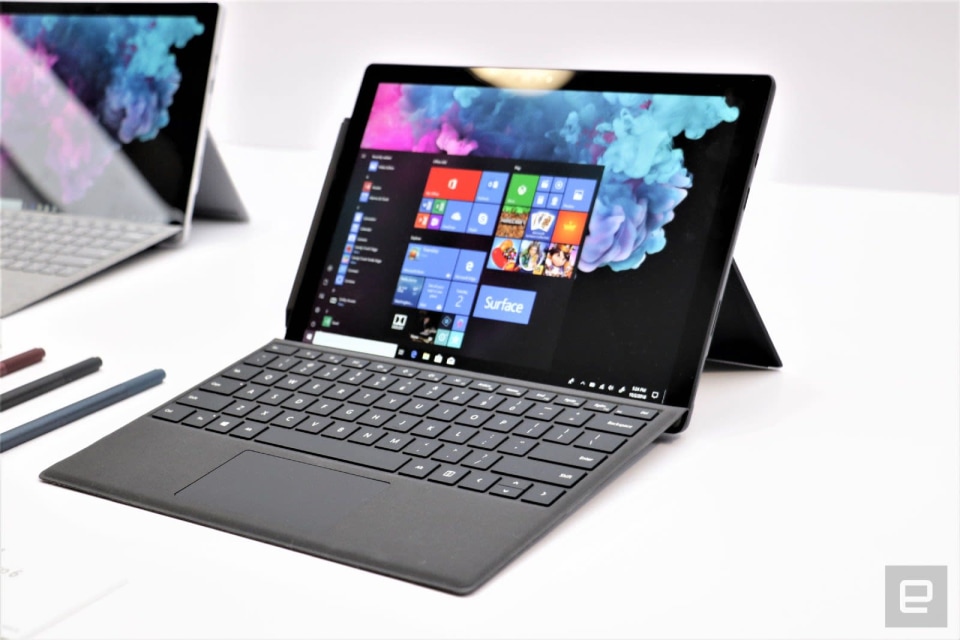 Microsoft isn't revolutionizing anything with the Surface Pro 6 -- it has the same basic design as last year's Surface Pro, except there's a black case option. But the hardware upgrades make it even more compelling, especially for demanding users. Microsoft claims it's 67 percent faster than the previous model, mostly thanks to Intel's 8th generation Core CPUs. You can also stuff in up to 16GB of RAM and a 1 TB SSD -- not the sort of specs you'd expect to see in a tablet. While it would have been nice to see Microsoft slim down the Surface Pro 6's screen bezels a bit more, it's still a fetching device. The new black option gives it a more serious vibe, which could be tempting to consumers who never gelled with Microsoft's gray surface aesthetic. It would have been nice to see Microsoft include USB-C though, especially since it's available on the Surface Go. Mostly, I just want to see the company move away from the clunky, proprietary Surface power connection.

Unfortunately, I didn't have a chance benchmark the Surface Pro 6 (media events rarely make time for that), but it felt very fast as I piled on browser tabs, loaded up 4K YouTube videos, and opened as many apps as I could. While I never found the last Surface Pro slow, the sheer power of this model could win over users who'd never consider a hybrid tablet.

The Surface Pro 6 is available for pre-order today starting at $899 (the lowest Microsoft has ever priced a Surface Pro). Of course, the Type Covers are still sold separately, so be sure to plan on spending another $100 for that.

In this article: gadgetry, gadgets, gear, microsoft, personal computing, personalcomputing, surface2018, SurfacePro6
All products recommended by Engadget are selected by our editorial team, independent of our parent company. Some of our stories include affiliate links. If you buy something through one of these links, we may earn an affiliate commission.