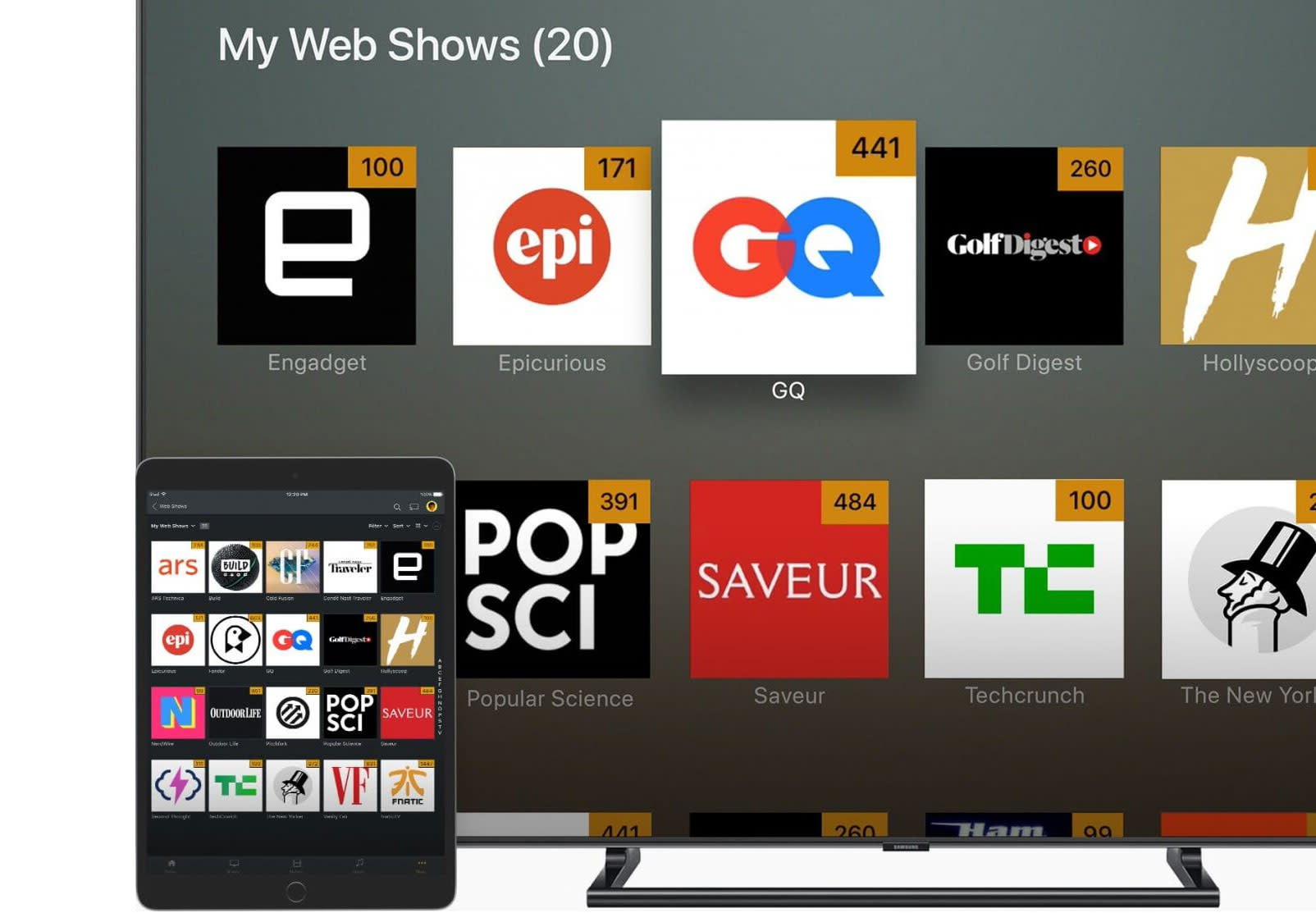 Plex plans on making the content in its Web Shows portal diverse and widely appealing.; it features "sports, celebrity, pop culture, food and wine, cooking, science and tech, music, home and garden, gadgets, and more," according to Plex's website. The company told TechCrunch that at launch, the portal will have 19,000 episodes of 67 shows on offer. And they plan on adding much more in the future.

The company has been busy both adding and removing features as it streamlines its offerings. Just this year, Plex has added support for podcasts, DVR scheduling for Apple TV, VR on Google Daydream and Oculus and more. But the service has also shut down less popular features like Cloud Sync and Watch Later. It's all a part of focusing on what customers are actually using, rather then continuing to support features that most don't even know exist.

In this article: av, entertainment, internet, plex, webseries, webshows
All products recommended by Engadget are selected by our editorial team, independent of our parent company. Some of our stories include affiliate links. If you buy something through one of these links, we may earn an affiliate commission.