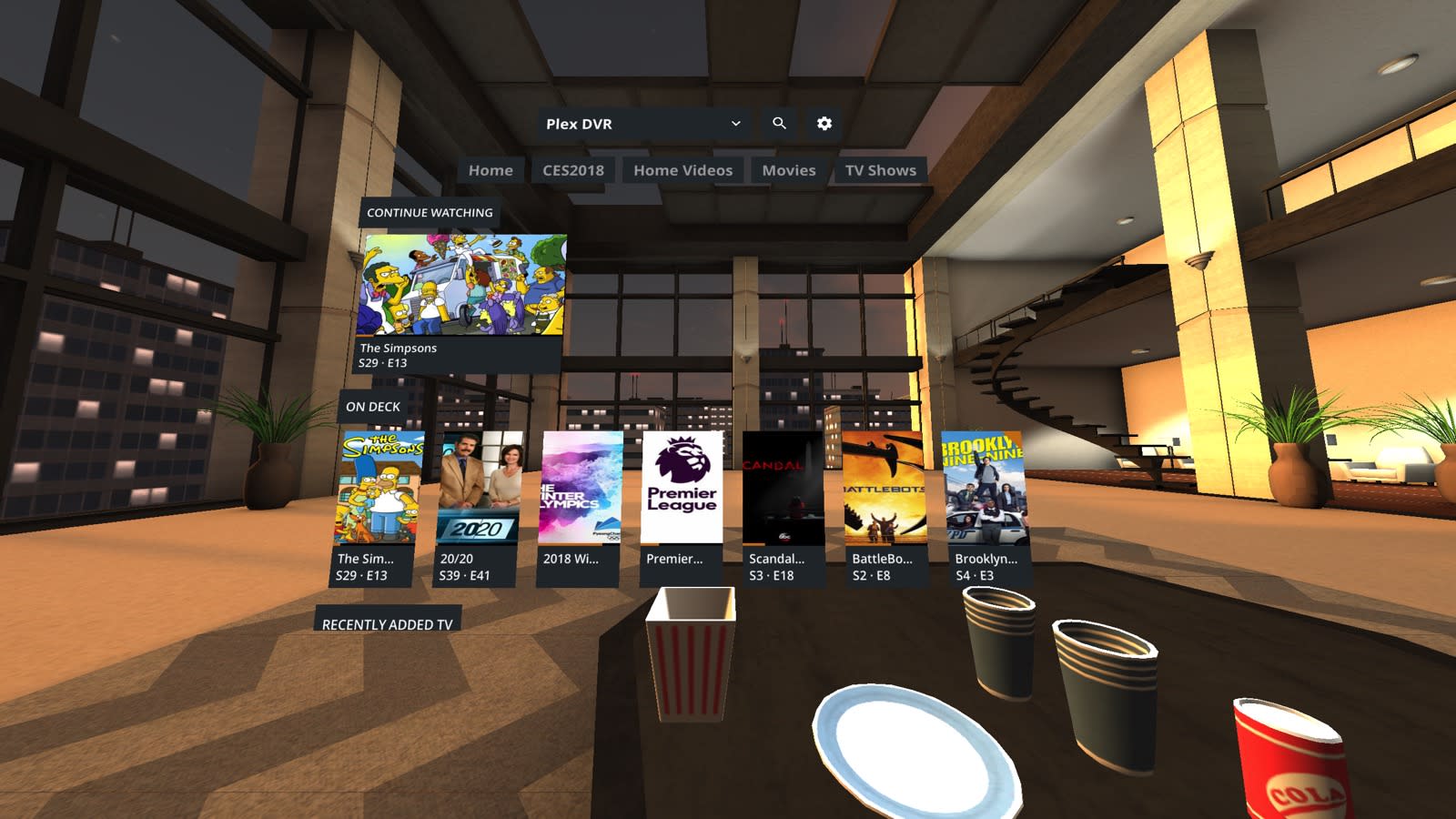 Earlier this year, Plex jumped into VR with a Google Daydream app that puts you and up to four of your buddies into a virtual movie screening room. Now the media server company is bringing Plex VR to another platforms: Gear VR with Oculus

Just like on the Daydream version, Plex users on Samsung's VR platform can watch videos in a virtual apartment, drive-in movie theater or just a blank void. According to Variety, though, the social features haven't been implemented as of yet. The company's playful blog post notes that its customers can no longer give the app a one-star rating simply because it isn't on their platform of choice anymore, though it does promise to continue to improve the Daydream app as well.

Update, 4/6/18, 1PM ET: This post has been updated to clarify Plex VR is now available on Gear VR, not Gear VR and Oculus headsets.

In this article: av, daydream, entertainment, facebook, gear, gearvr, google, mediaserver, oculus, plex, samsung, vr
All products recommended by Engadget are selected by our editorial team, independent of our parent company. Some of our stories include affiliate links. If you buy something through one of these links, we may earn an affiliate commission.