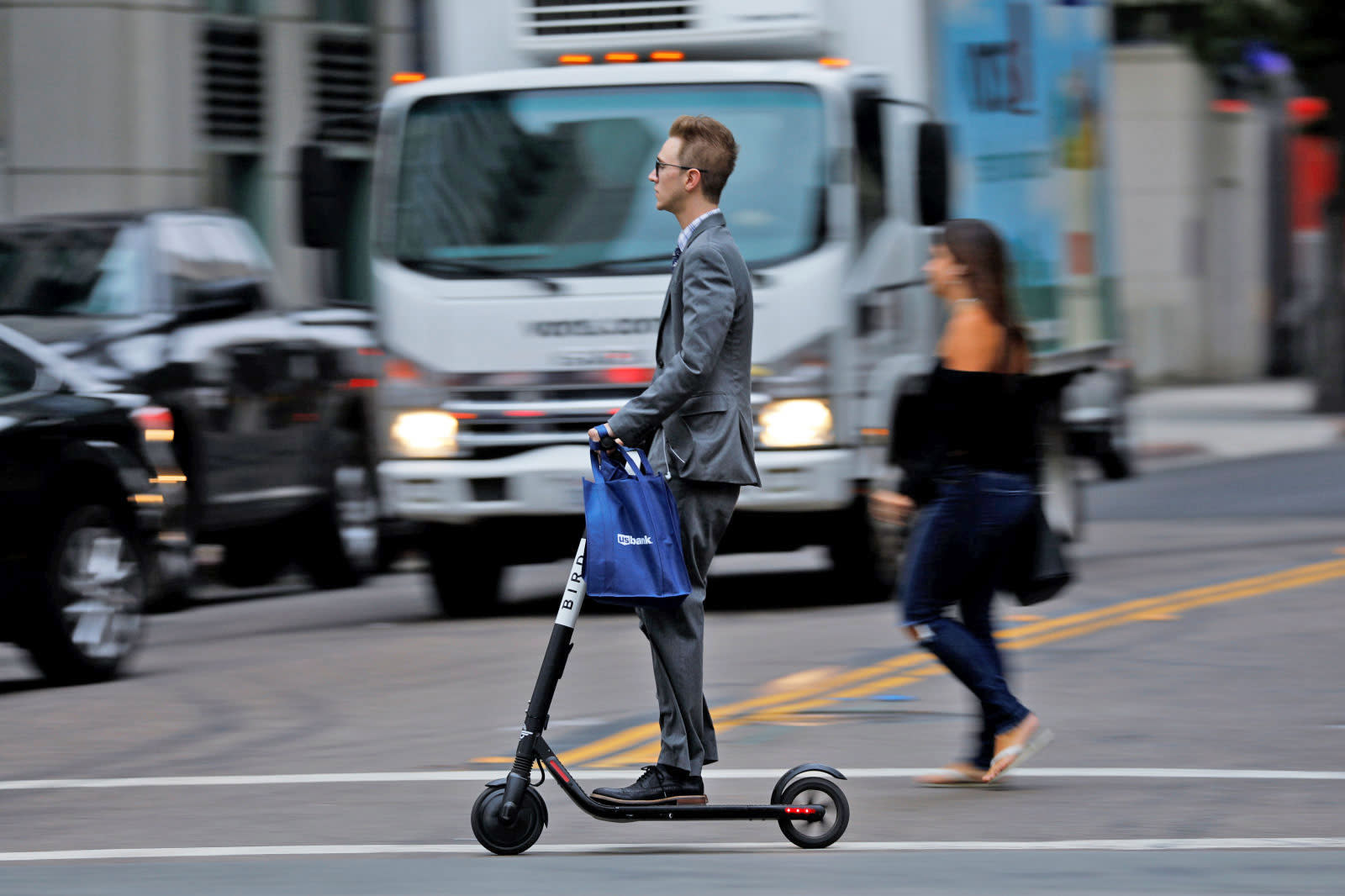 Bird is making it even easier to use its e-scooters, offering delivery to users who want access to one all day long. With its new service Bird Delivery, a customer can request a scooter to be delivered to them at their home or their place of work. It'll be dropped off by 8AM and the they can then use it anytime throughout the day.

"Bird was created to provide an equitable, convenient and reliable alternative to short car trips," Bird CEO Travis VanderZanden said in a statement. "Since launching, we are continually inspired by riders who opt for Bird rides over traveling by car, and share in the pain of riders when they express frustration about not having consistent and reliable access to Bird. With Bird Delivery, we are aiming to address this pain point by guaranteeing they have access to a Bird when and where they need it and throughout the day."

Those interested in the service can join a waitlist ahead of its launch. The company said it will share information on pricing, availability and pilot cities soon.

Bird was one of the e-scooter companies kicked out of San Francisco earlier this year as the city worked to develop a plan for how it would deal with the devices going forward. In August, when city officials announced which companies would be granted permits to operate in the area, Bird was not among them. It continues to operate in dozens of cities across the US, however, as well as in Europe and Israel.

The company also announced Bird Zero, an e-scooter engineered by the company itself that touts longer battery life, increased durability and improved stability.

In this article: bird, birddelivery, delivery, E-Scooter, gear, scooter, services, transportation
All products recommended by Engadget are selected by our editorial team, independent of our parent company. Some of our stories include affiliate links. If you buy something through one of these links, we may earn an affiliate commission.