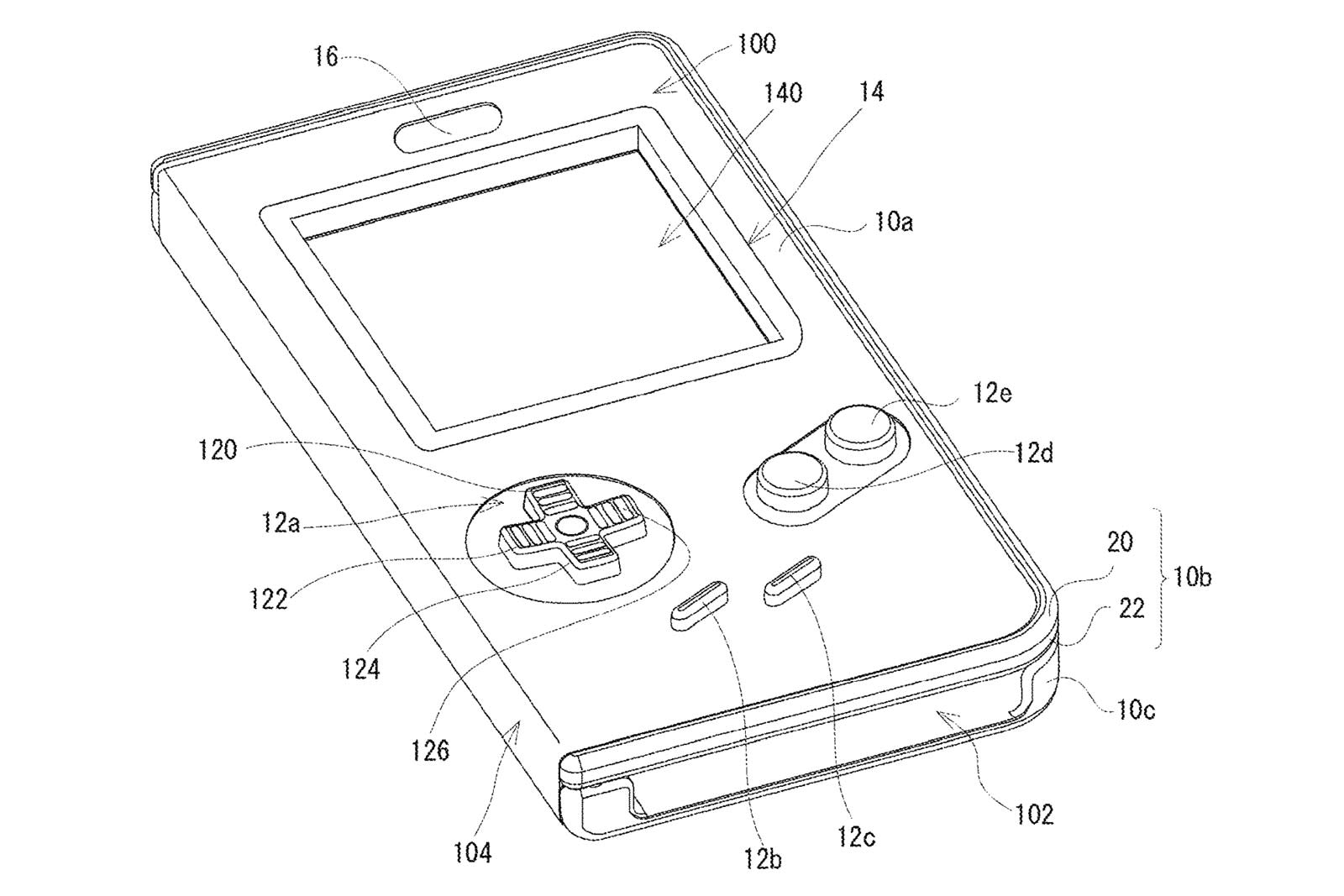 Now that Nintendo has a couple of nostalgia-inducing consoles under its belt, there's a common question: how would it tackle the Game Boy and other handhelds of yesteryear? We might have an idea. The USPTO recently published a Nintendo patent application for a folio case that would turn a smartphone into a functioning Game Boy replica, complete with physical buttons that translate presses into touchscreen input. It's more than a little familiar if you've tried a device like Hyperkin's Smart Boy, only here you wouldn't need to plug in cartridges to play officially sanctioned game copies.

This is an application, not a granted patent, and there's no guarantee that it will translate to a finished product. Nintendo originally filed for this patent in Japan in March 2017 -- if there's anything in the works, it might take a while to show up. There are also technical challenges to overcome. Smartphone cases tend to be model-specific. Would Nintendo release a variety of cases to support the most popular phones, and would it release updated versions to make sure you can keep playing after a phone upgrade? If it only released cases for a single generation of phones, you might only get a few years of play time.

Still, this would address demand for a Game boy revival without requiring an entirely separate (and more expensive) gadget. You could relive the Pokémon battles of your childhood and check your Instagram feed on one device in your pocket.

In this article: case, gameboy, games, gaming, gear, mobile, nintendo, nostalgia, patent, retro, smartphone, uspto, videogames
All products recommended by Engadget are selected by our editorial team, independent of our parent company. Some of our stories include affiliate links. If you buy something through one of these links, we may earn an affiliate commission.