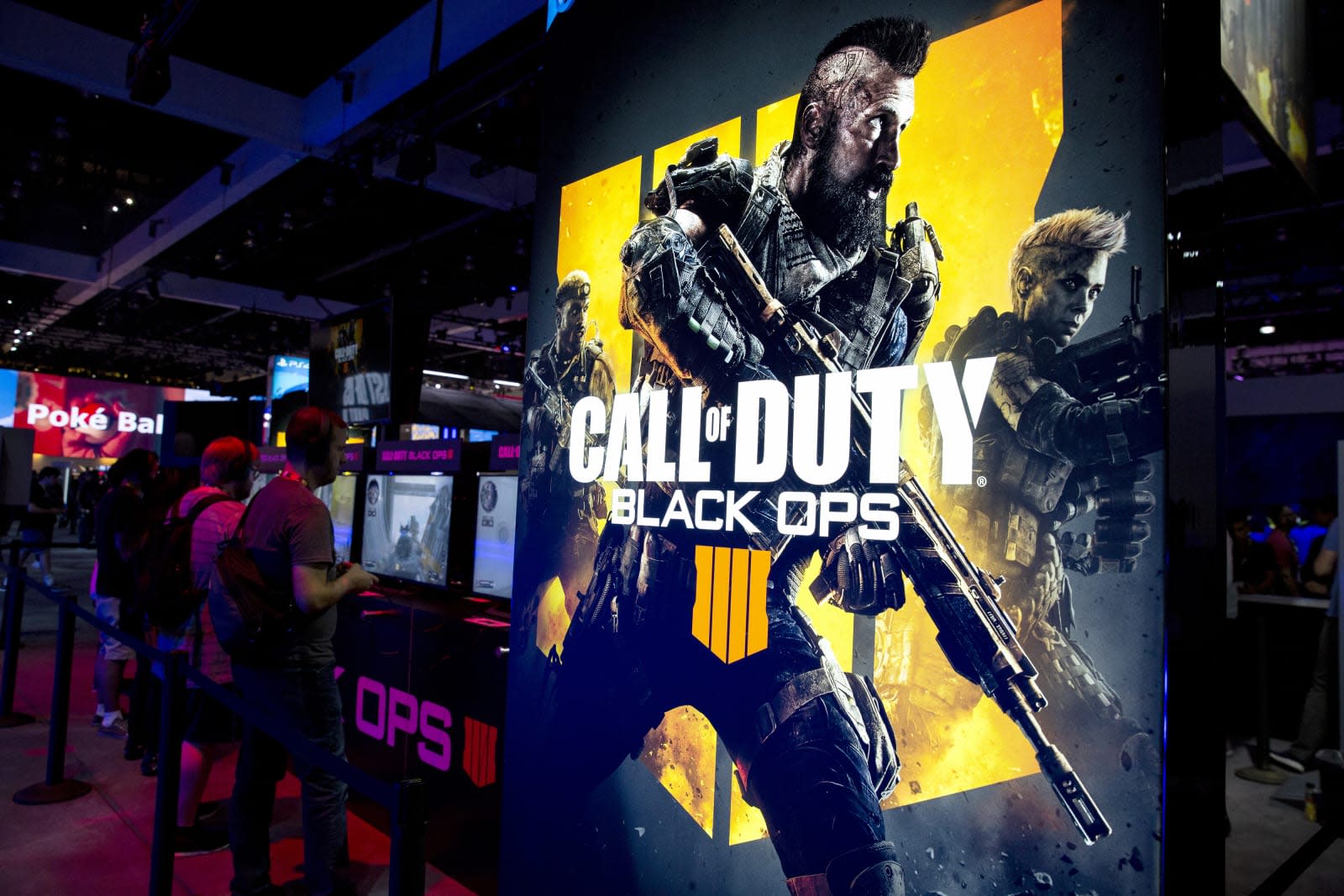 How do you know day one game patches are getting out of hand? When stores are selling games early to accommodate those massive downloads. UK retail chain GAME is letting people buy Call of Duty: Black Ops 4 as early as six hours ahead of time to make sure they've had time to download the necessary 50GB launch day patch for the official midnight debut on October 12th. This shouldn't be an issue if you buy a digital copy (you can preload the latest version well before then) but disc buyers may spend a lot of time staring at progress bars on October 11th.

The timing illustrates the problems with a game sales model that still relies in part on physical releases. Companies frequently have to declare titles finished weeks or months in advance of launch to ensure there are boxed copies, but games aren't necessarily ready by that point. It can be tempting to simply issue a gigantic launch day patch instead of delaying the release to be sure that everyone can start playing right away. And stores aren't entirely off the hook, either. While GAME's move is considerate, it comes because retail chains tend to demand that physical versions launch alongside their digital counterparts.

The rise of these enormous patches has ramifications beyond lengthy wait times, too. If you're using a capped internet service plan, you might risk running over your cap (or waiting until the next month) just to get a game that's ready to play, even if you bought the disc version to avoid a large download. There will also be some users who have connections fast enough to play, but slow enough that 50GB could take several hours or more. Games like Black Ops 4 may be off-limits to certain players simply because they don't have the luxuries of unlimited data or truly fast broadband.

URGENT NEWS! You can pick up your copy of #CallOfDuty #BlackOps4⁠ ⁠⁠ ⁠ from Thursday 6pm - 9pm. Don't worry if you haven't preordered! you can still pick up a copy & pre install the game and be ready to play it at midnight. WE WILL NOT! Repeat, NOT DOING A MIDNIGHT LAUNCH 👍 pic.twitter.com/SdkRMplrfM

In this article: activision, av, blackops4, callofdutyblackops4, game, games, gaming, internet, personal computing, personalcomputing, videogames
All products recommended by Engadget are selected by our editorial team, independent of our parent company. Some of our stories include affiliate links. If you buy something through one of these links, we may earn an affiliate commission.