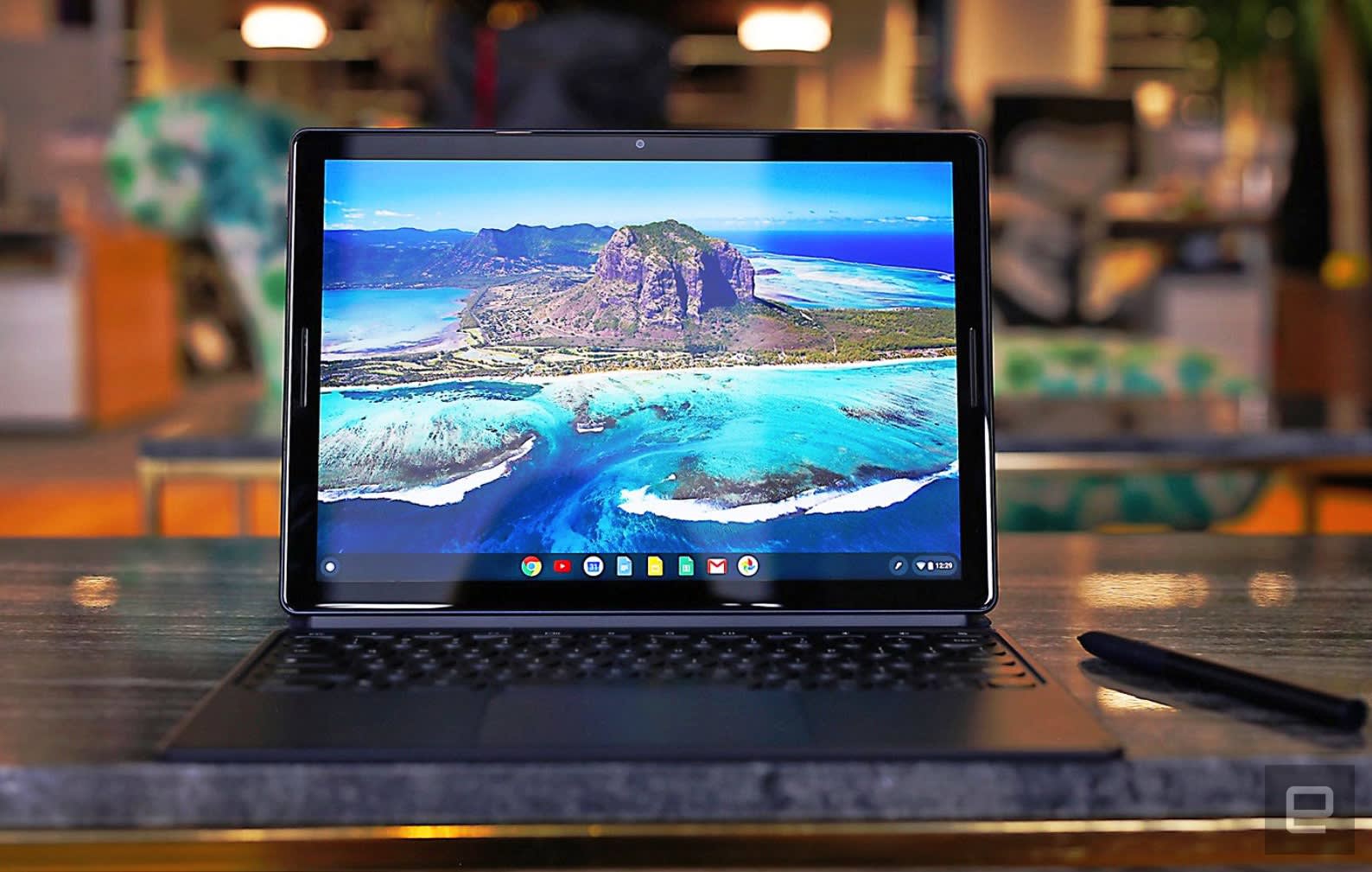 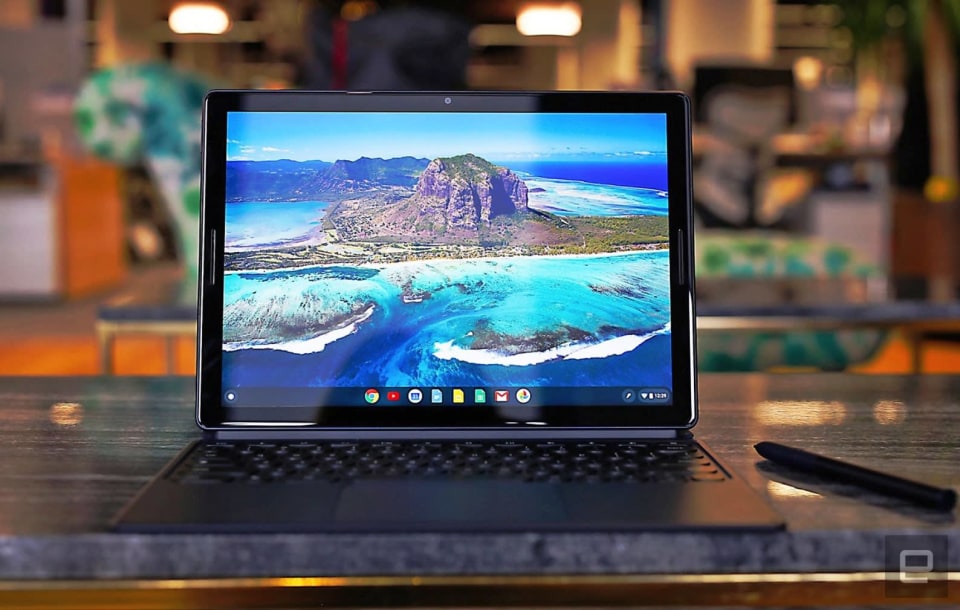 Tech's biggest companies are all about the 2-in-1. Google's latest effort is the Pixel Slate -- a tablet that becomes a sort-of laptop when you snap on its keyboard folio. This is a formula we've seen rise in popularity since the first Surface tablet. Think of the iPad Pro, Samsung's Galaxy Tab S4, HP's Envy x2 detachables and more. These devices are doing so well they're apparently all people want to buy anymore. According to IDC data, 2-in-1 shipments will grow by almost 10 percent this year while traditional PCs are expected to decline.

It's easy to see why. The idea of a small tablet-size machine that is powerful enough for getting real work done is compelling. Laptops keep getting thinner and lighter, but they can't beat tablets with lightweight keyboard covers. The good news is we have plenty of 2-in-1 devices that have impressively small designs. The challenge is finding an operating system that excels at both work and play. It's a challenge that Google might be uniquely positioned to meet.

While Windows is an excellent desktop OS, its lacks the selection of touch-friendly apps that iOS and Android offer. The iPads, on the other hand, are swimming in apps but are feeble at multitasking. Samsung also gave it a shot with its Android-based DeX software, which works on both its tablets and phones to provide a desktop-friendly interface when connected to a mouse or external monitor. But it's too limited to be useful and is essentially Android at heart, making it terrible for proper multitasking. 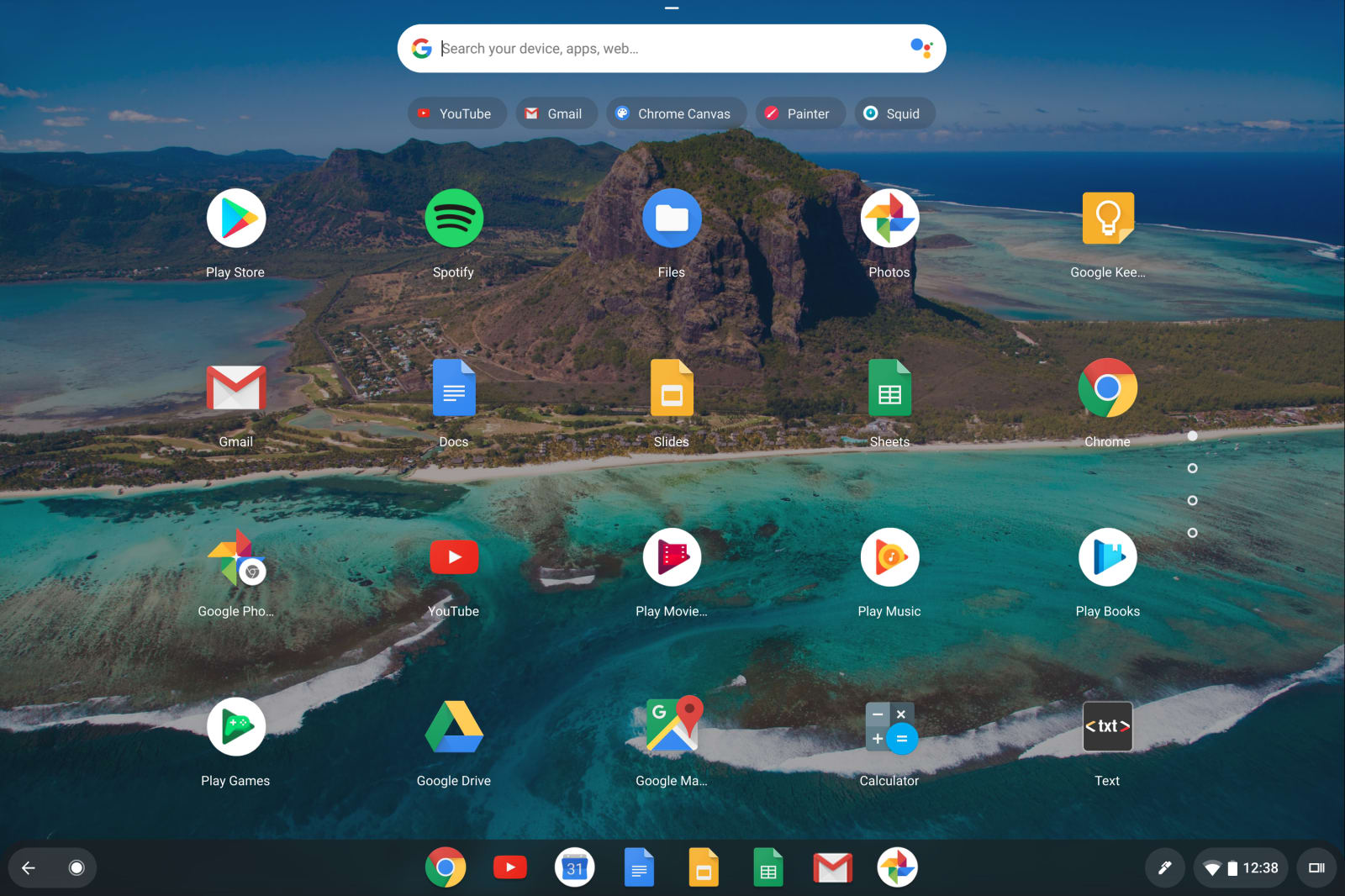 With the Pixel Slate's redesigned version of Chrome OS, there is hope yet for a UI that works almost as well in both tablet-only and desktop modes. The software supports most Android apps and has been tweaked for easier touch navigation. You can drag and drop to launch two browser tabs side by side in split screen, easily scroll through your apps on the home screen or pick one of the suggested options at the top instead of having to hunt for a specific name.

Google Assistant was also baked into Chrome OS starting with the Pixelbook last year. And on the Slate, it's been retooled to fetch your answers four times more quickly. Having the digital helper on your tablet makes it easier to get things done without a keyboard, like dictating a reply to a text. Speaking of, the Slate will also come with Android Messages as a persistent app that is easier to set up than on other laptops, further blurring the line between mobile and desktop.

And as much as Google says it's not unifying the two interfaces, this modified version of Chrome OS has so many Android-esque features it might as well be the same. Think a Do Not Disturb mode to mute notifications and a Quick Settings panel that borrows its design from the phone OS.

Although Apple has historically been better at bridging the gap between mobile and desktop operating systems, Google's efforts on Chrome OS and Android are starting to pay off. iOS and macOS may make switching between an iPhone and MacBook relatively easy, but marrying the two interfaces doesn't seem like it's gonna happen. Smartphones and laptops aren't going away anytime soon, but it's clear that 2-in-1s are here to stay. While the Pixel Slate's version of Chrome OS isn't perfect (and to be clear we haven't had a ton of time to test it yet), it's the best thing about this device and is the most compelling attempt at a dual-purpose OS we've seen. With this software, Google could scoop up the 2-in-1 users who feel let down by Microsoft and Apple.

In this article: 2-in-1, android, apple, ChromeOs, Detachable, gadgetry, gadgets, gear, google, googlepixelslate, microsoft, mobile, personal computing, personalcomputing, pixel3event, pixelslate, samsung, surface, tablet
All products recommended by Engadget are selected by our editorial team, independent of our parent company. Some of our stories include affiliate links. If you buy something through one of these links, we may earn an affiliate commission.