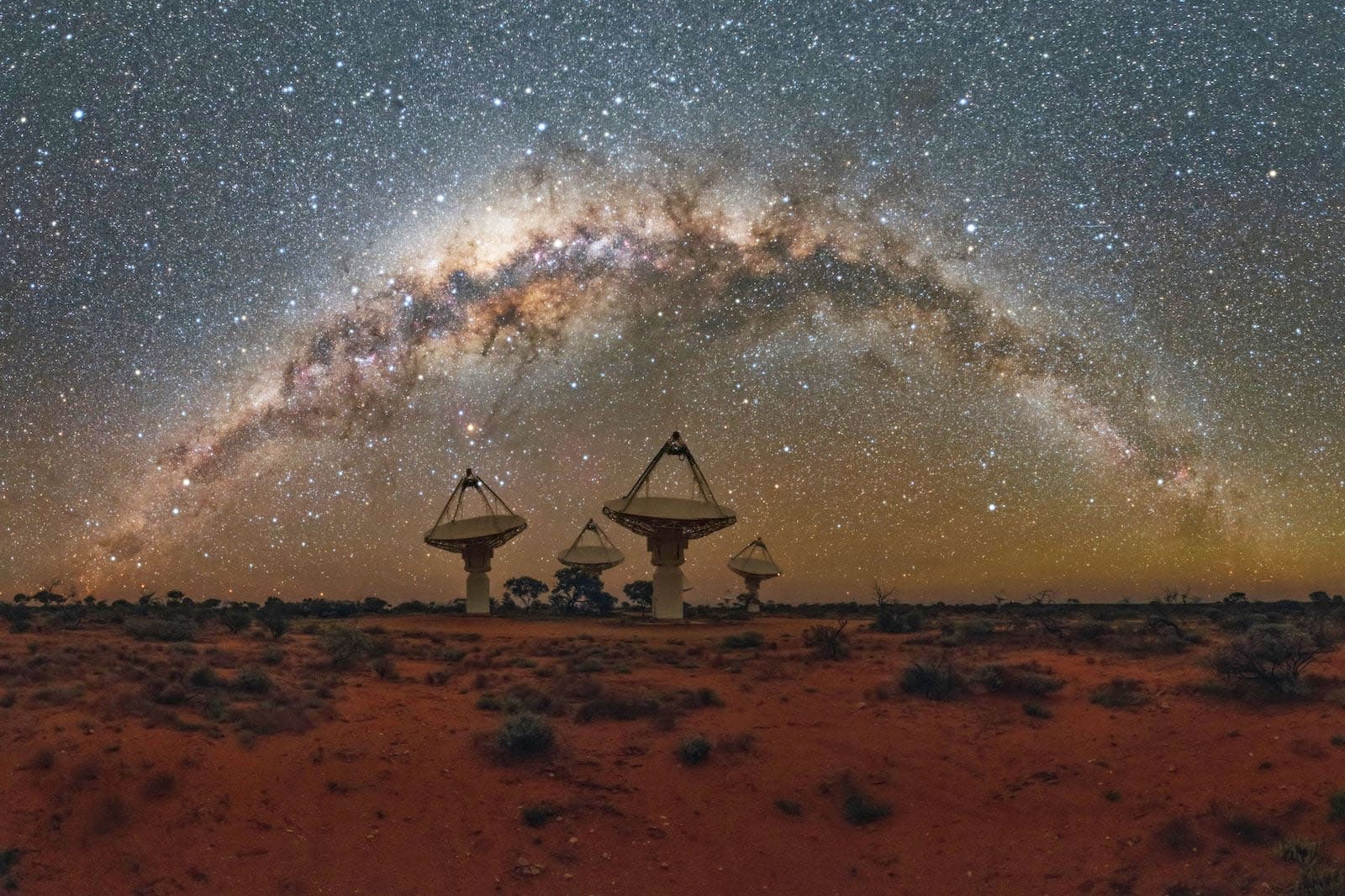 Fast radio bursts (FRBs) are brief but incredibly intense flashes of radio waves that originate outside of our galaxy, and these milliseconds-long bursts of light are rather mysterious since we don't know what makes them or where exactly they come from. Since they were discovered in 2007, scientists have observed around three dozen FRBs, but a new study has just significantly added to that total. Researchers in Australia have reported 20 FRBs, which they observed with the Australian Square Kilometer Array Pathfinder (ASKAP) telescope over the course of a year.

Among the FRBs they observed are both the closest and brightest examples detected to date. And the team was able to confirm that these bursts are coming from halfway across the universe.

As FRBs travel to Earth, they pass through other matter, like clouds of gas, and every time they do, that matter alters the FRB a little, causing the different wavelengths in the radio wave burst to slow down by different amounts. "This research shows that these things can act as cosmic lighthouses," said Jean-Pierre Macquart, one of the researchers on the project and a senior lecturer with Curtin University and the International Centre for Radio Astronomy Research. "Because we have this imprint of all of the matter that these things have propagated through on their journey towards the Earth, we can actually use them to weigh the universe. And that matters because half of the non-exotic matter that you and I are made of, when we look about in the present day universe, we can't find it. And these things can actually find that matter, find where it's lurking in the universe and find out exactly how much is missing."

With ASKAP, researchers will be able to more precisely locate where these FRBs are coming from, narrowing their location down to a particular galaxy. And that has the potential for even more discovery. "When we do that, we can do a whole bunch of new science that has never been possible until now," said Keith Bannister, an author of the study and a researcher with the Commonwealth Scientific and Industrial Research Organisation.

ASKAP is an array made up of 36 antennas, and when the whole array is put to use, researchers should be able to find more FRBs at an even faster rate. Additionally, once the Square Kilometer Array telescope -- what will be the largest radio telescope in the world and for which ASKAP serves as a precursor -- comes online beginning in the mid-2020s, scientists are expecting to observe FRBs at an even higher rate.

The study was published in Nature.

In this article: space, tomorrow
All products recommended by Engadget are selected by our editorial team, independent of our parent company. Some of our stories include affiliate links. If you buy something through one of these links, we may earn an affiliate commission.