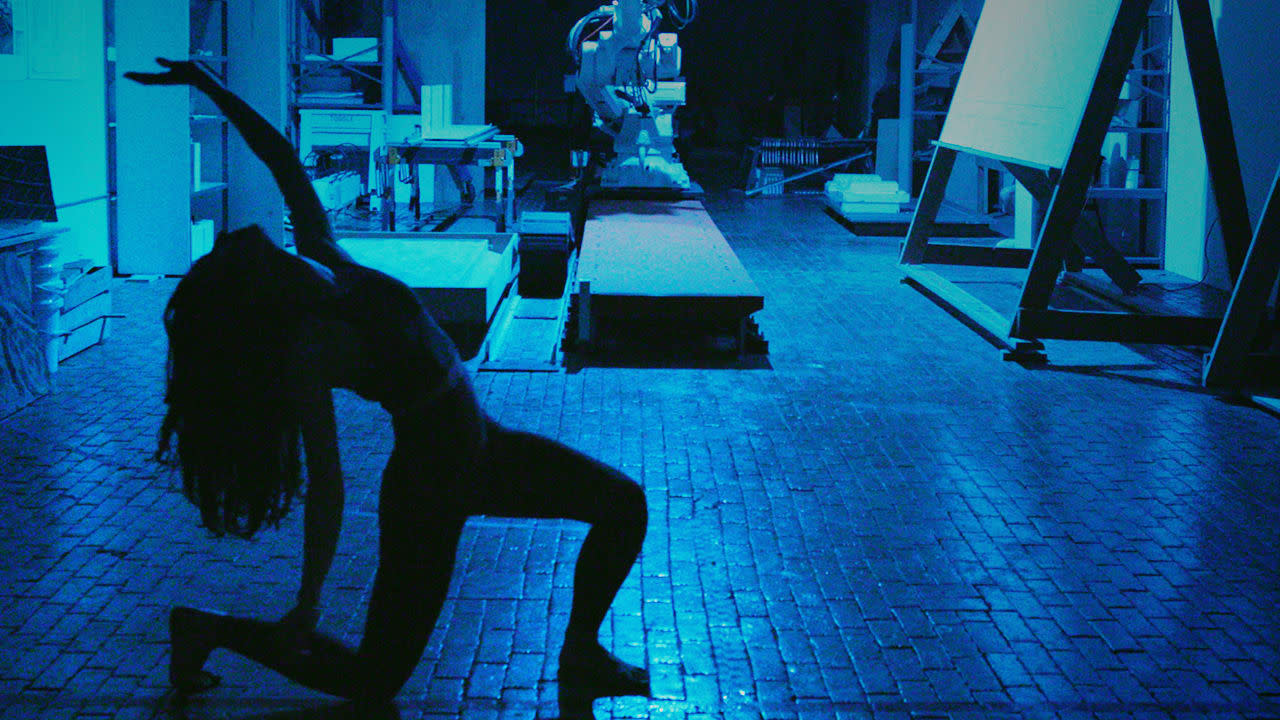 The dancer as technologist.

In a former shipyard in New York City, the contemporary dancer and choreographer Catie Cuan twists and sways her limbs. Her dance partner is 9 feet tall and weighs nearly two-tons: an ABB IRB 6700 robot typically used for the "three Ds" of industrial labor -- tasks that are dull, dirty and dangerous.

The robot's movements have been programmed then visualized, which Cuan riffs off. The topic of the piece she is assembling -- called "OUTPUT" -- is where one derives aesthetic value from; how artistic inspiration can strike from a cold, imposing robotic arm.

It also points to an urgent question in technology's development: why machine movement matters. As we see increasingly coexist with robots -- in nursing homes and operating rooms -- we also need to figure out how to interact with them. For better or worse, people project personalities onto machines, and seeing them as agreeable or threatening depends on their physicality. They subconsciously make us feel a certain way through their motions; we subconsciously give them a backstory.

For Cuan, a resident at ThoughtWorks who also works with the University of Illinois' Robotics, Automation, and Dance Lab, the question is how to create a better backstory. In this feature video, we look behind the scenes at "OUTPUT" and at how dancers like Cuan can add expressivity to machines.