Live sports broadcasts in VR tend to be solitary affairs, but they're about to become decidedly more social. Now that the 2018-2019 NBA season is getting underway, NBA League Pass and NextVR have revealed that they're offering shared viewing through Oculus Venues. If there's a friend across the country who can't show up to watch a game in person, they can don a VR headset and enjoy that sense of camaraderie. You'll even unlock a team jersey for your avatar if you tune in, so you can rep your favorite squad whenever you like.

The new season brings back some familiar experiences including a "screening room" that shows as many as 13 League Pass games at once. You can watch with most any common VR headset, including Oculus gear, the HTC Vive line and PlayStation VR.

You'll have to be sparing with your VR basketball experiences. NextVR has 26 games scheduled for 3D VR viewing, starting with Golden State at Denver on October 21st. Six of those (including the game on the 21st) are free preview games, however -- it won't cost you to give virtual viewing a try. 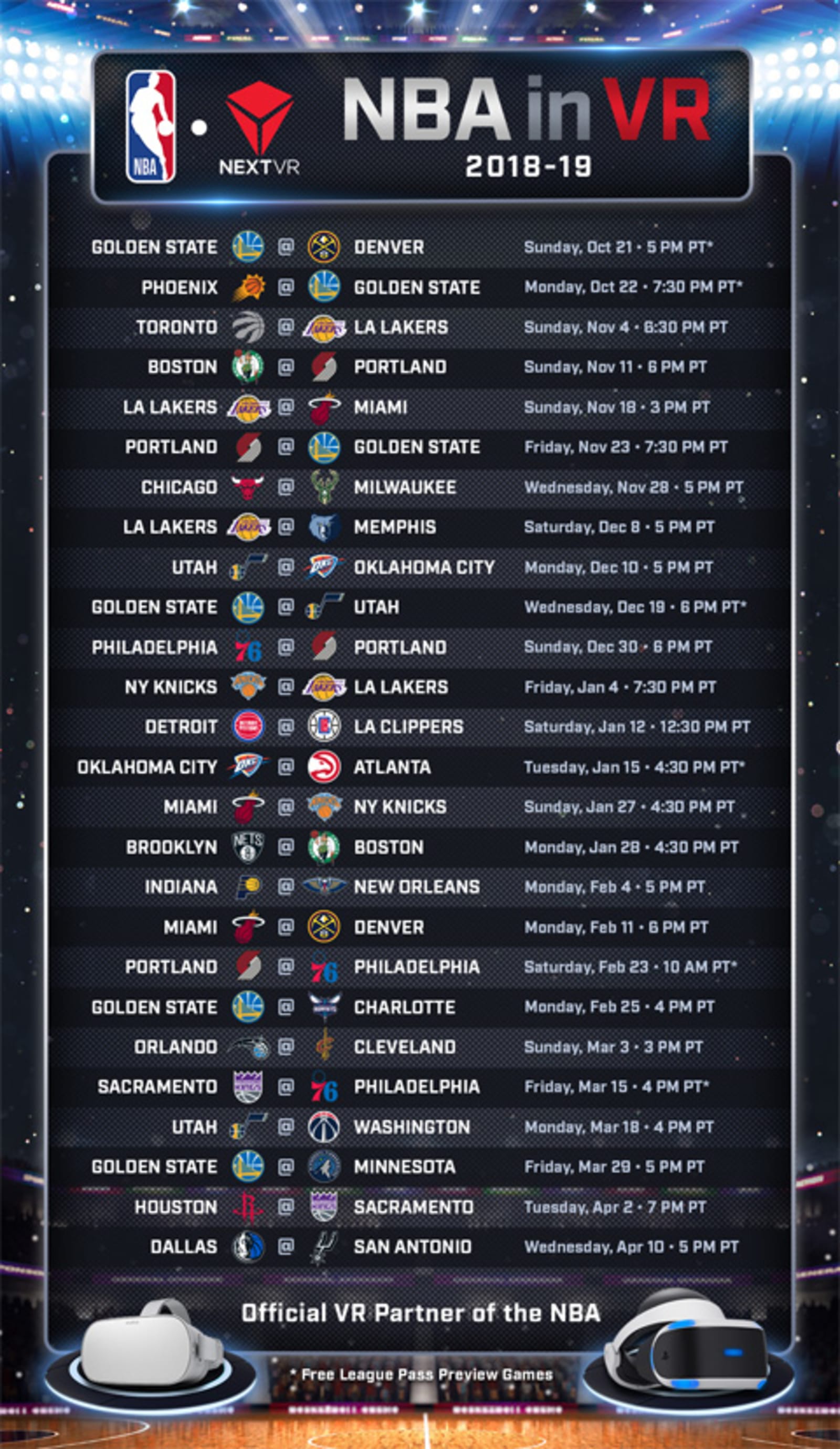