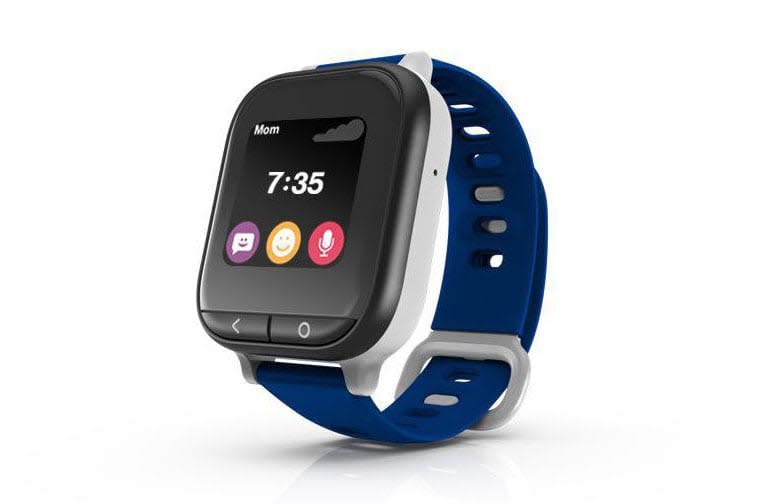 Your kid almost certainly doesn't need a smartwatch, but you can still strap one to them if you want. Verizon has expanded its dormant lineup of GizmoKids wearables with the GizmoWatch—the first of the bunch to offer 4G LTE.

While the GizmoWatch looks like a pretty standard (albeit feature-bare) smartwatch, it has a hidden purpose for parents. The device is basically a virtual leash. Getting your kid to sport this thing is basically like tricking them into wearing an ankle monitor on their wrist. With the GizmoHub app on their paired iOS or Android device, parents can track the location of their child at all times. They can also establish safety zones and receive alerts if their kid happens to step foot outside the designated area.

Parents also have complete control over how the watch is used. They pick up to 10 contacts who can call the kid (unapproved numbers won't even go through) and 20 pre-approved text messages that can be sent. The watch can also shut down during pre-set hours so it's not a distraction or be paused and unpaused in real-time. The wearable is powered by a Qualcomm 2100 platform, the same used by most older Android smartwatches, and Verizon claims it has a four-day battery life.

If you're a helicopter parent who likes to give the illusion of giving your child some space, you can pick up the GizmoWatch from Verizon for $180. You'll have to pay an additional $5 per month for data costs, as well.

In this article: gadgetry, gadgets, gear, gizmohub, gizmokids, gizmowatch, kids, mobile, parents, smartwatch, Smartwatches, verizon, wearables
All products recommended by Engadget are selected by our editorial team, independent of our parent company. Some of our stories include affiliate links. If you buy something through one of these links, we may earn an affiliate commission.