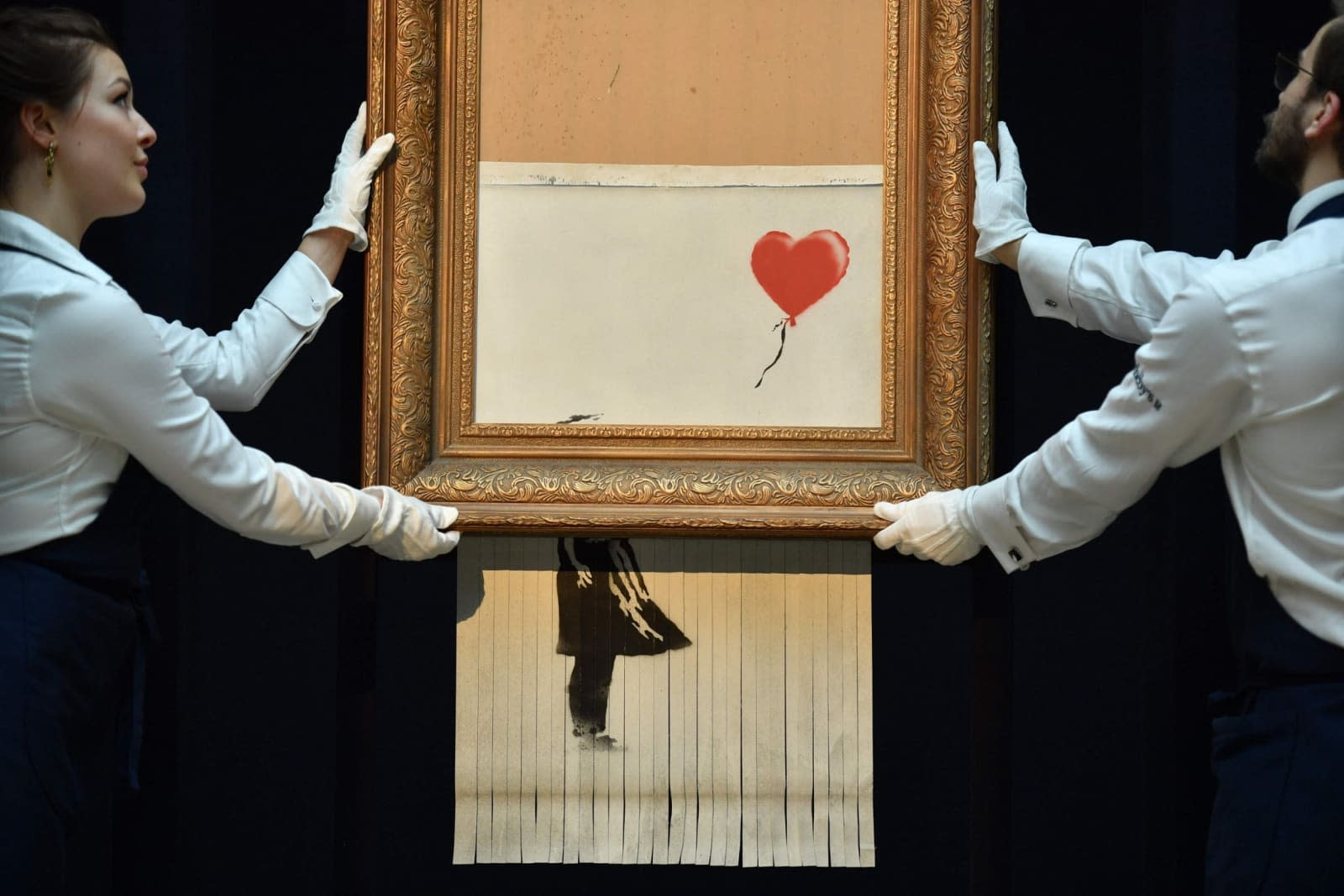 Banksy's latest performance piece -- which saw him remotely shred his $1.1 million Girl with Balloon canvas seconds after it sold at auction -- captivated the world. What was he trying to say? What did it all mean? Was this a comment on capitalism? On the fickle nature of the art world? The essential meaninglessness of life as we know it? Hard to say, although we do know that the half-shredded canvas is now worth considerably more as a result of the stunt. However, it seems that the trick went wrong –- the canvas was supposed to be destroyed entirely.

In a "director's cut" video posted to Banksy's YouTube channel yesterday, a caption reads "In rehearsals it worked every time" before footage of a canvas being completely shredded is shown. If this was Banksy's real intention, it's not a huge surprise it went awry. The artwork was allegedly given to its previous owner back in 2006, so 12 years is a long time for a built-in shredder, batteries and radio to sit in wait for a one-time use. But Banksy is a clever guy -- surely he'd have thought of that? Plus there are already rumours that auction house Sotheby's was in on the entire thing. Perhaps, then, he's making a point about the obsolescence of technology versus the permanence of art? Or maybe he just wanted to screw around -- you never know with Banksy.

In this article: art, auction, Banksy, entertainment, GirlWithBalloon, prank, ShredTheLove, stunt
All products recommended by Engadget are selected by our editorial team, independent of our parent company. Some of our stories include affiliate links. If you buy something through one of these links, we may earn an affiliate commission.