The first thing you'll notice about the Moment Lens Anamorphic is that it's rectangular instead of round, like most lenses. That's because the elements inside are rectangular, and if you look closely, you can see the glass inside bend around horizontally. This curve effectively squeezes 33 percent more of the scene onto the sensor. In fact, the technique was popularly used to squeeze widescreen video onto 35mm film, which has an aspect ratio of 3:2 instead of the now-ubiquitous 16:9. 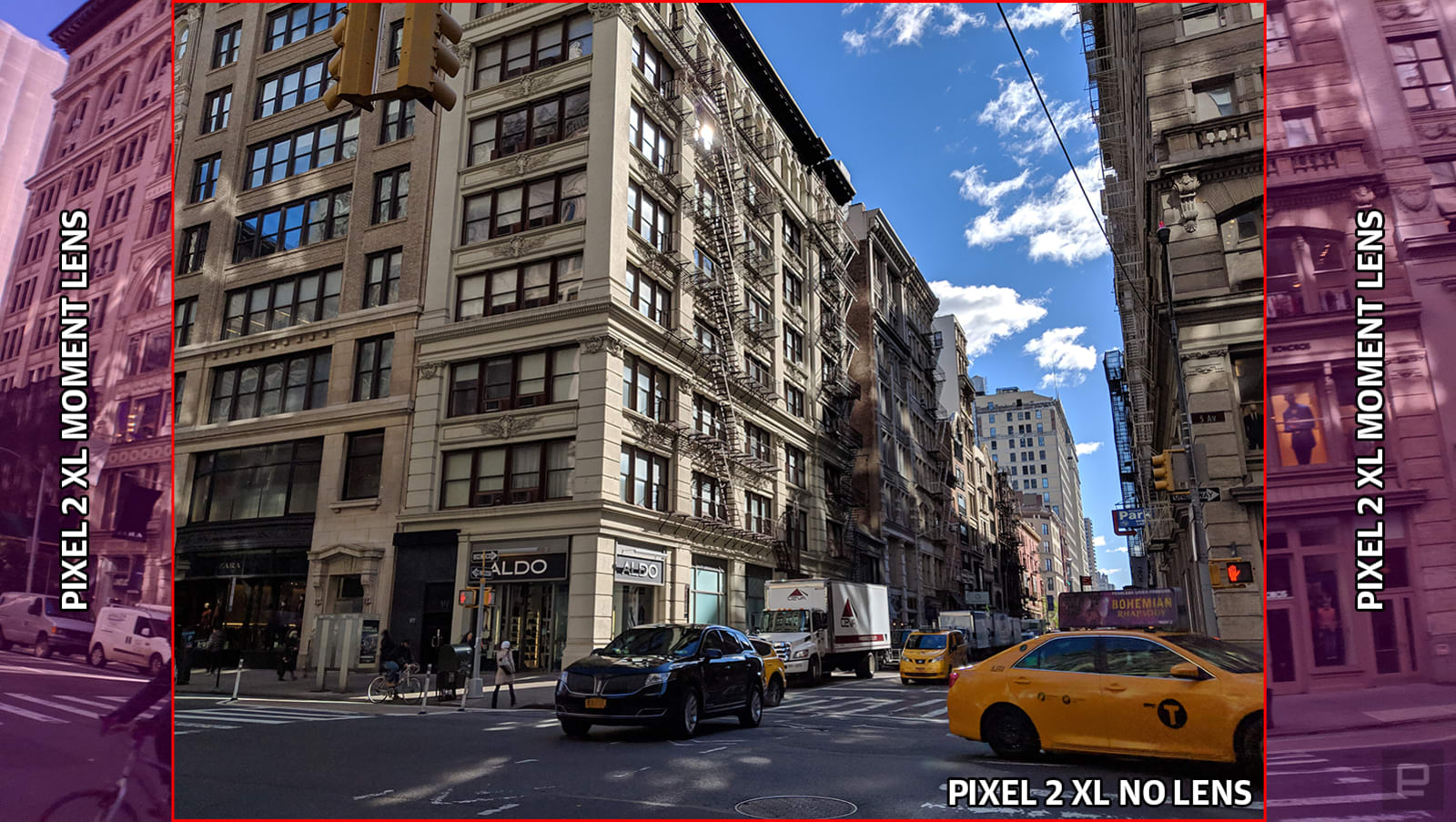 A standard photo vs the expanded anamorphic shot.

But you're not here for an optics lesson, you're here to find out whether Moment's anamorphic lens can give your smartphone photos or videos a sweet new look. The sort answer is yes, with several caveats. I wouldn't describe using it as fun or easy -- it's for prosumers and professionals. But, when used correctly, the results are pretty wild.

The challenge with anamorphic lenses is that the pictures and footage need further processing, called desqueezing, before they're usable. After all, the lens is cramming 33 percent more onto the sensor, so somewhere along the line it needs to be un-crammed. Moment's Pro Camera app will do this for you on iOS, but as of this writing, the Android counterpart is still awaiting an update that enables this functionality. Filmmakers can also use Filmic Pro on both iOS and Android to automatically desqueeze footage. For my trip to Yosemite, I chose to use the default camera app on a Galaxy S9, then desqueezed in Photoshop and Premiere, though understandably most will probably prefer to use Moment's app for its convenience. 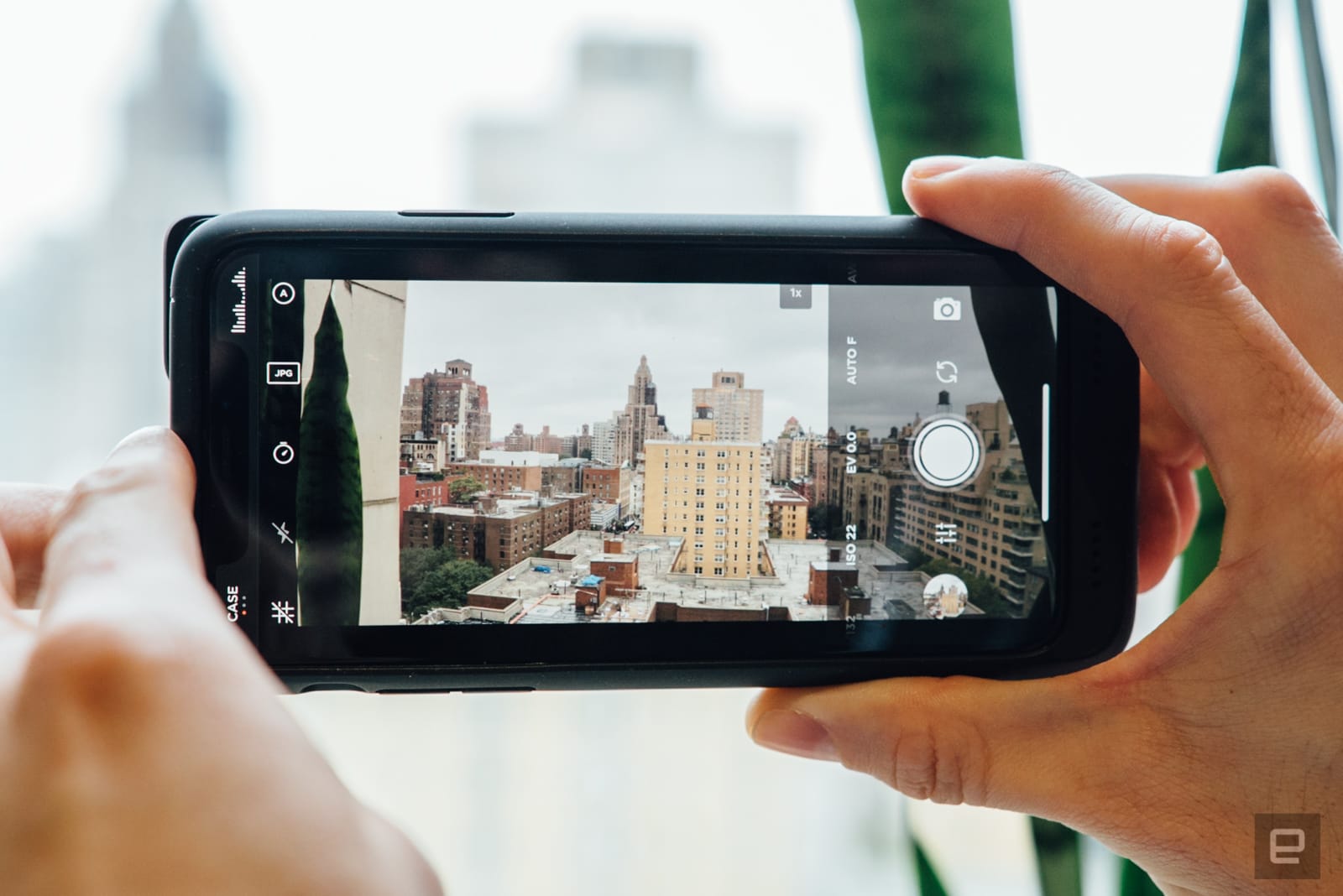 With that out of the way, let's talk about the lens hardware itself. Unlike the Moondog lens and the anamorphic Beastgrip lens, Moment's offering requires one of the company's proprietary cases. This has pros and cons. On the upside, Moment's case-and-lens combo can be used in mobile phone gimbals like the DJI Osmo Mobile 2, albeit with a counterweight to compensate for the added heft. If you're thinking about making a film and want to keep costs down, this is probably the way to go.

The downside, though, is that you'll be limited to the smartphones that Moment supports, which include several iPhones, Google Pixels, and Samsung Galaxy and Note devices. Notably absent is support for LG's V30, V40 and G7, which is a real shame considering those devices offer great filmmaking perks like native 24fps recording, configurable bitrate, and a headphone jack. 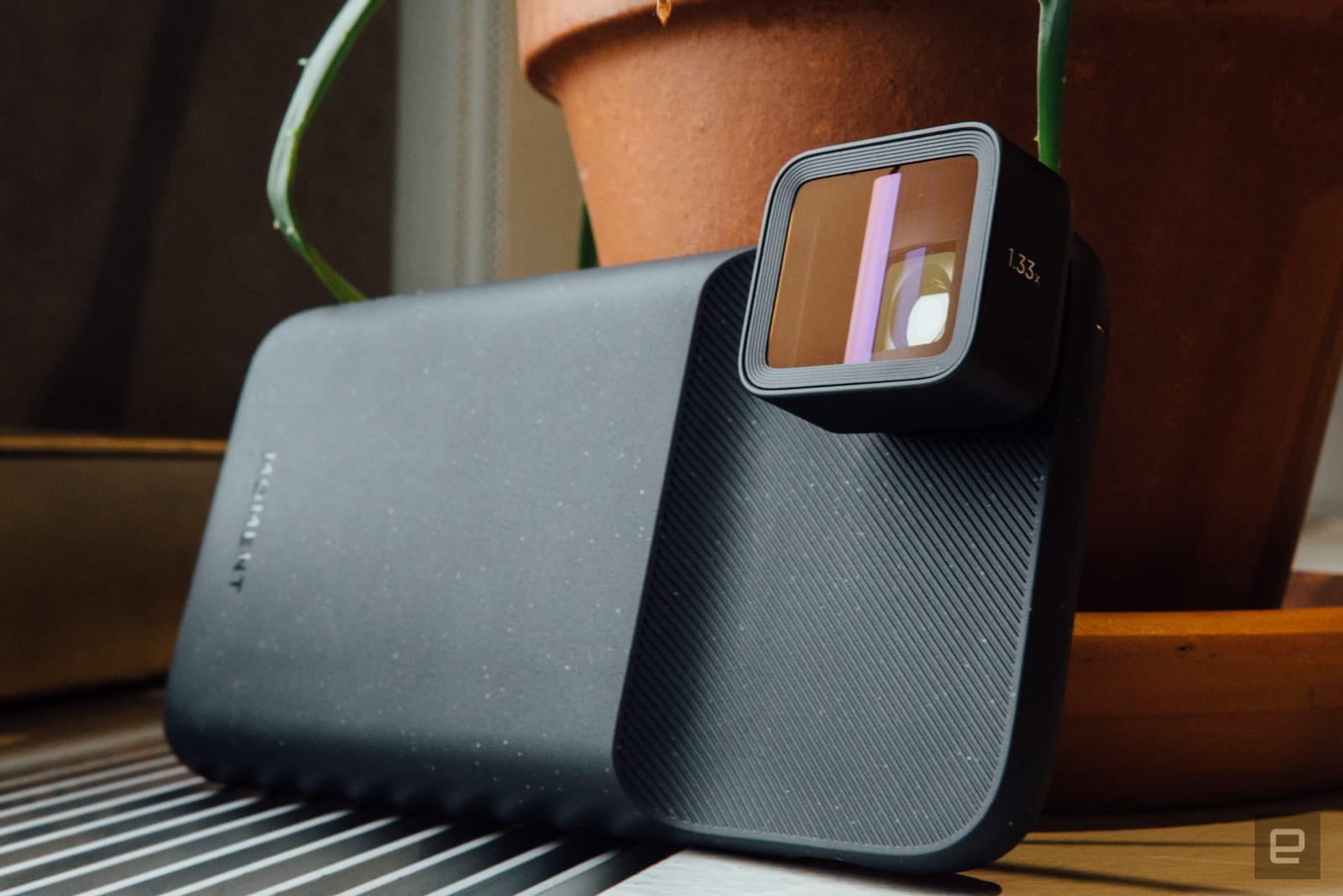 Speaking of cases, in addition to normal cases, Moment also offers a battery case for the iPhone X and XS (non-Max) that includes a physical shutter button. This is by far the best way to use any of Moment's lenses on a phone. As a Pixel user this fact fills me with great sadness, but I can't deny that the iPhone battery case is nice as hell. As any mobile photographer or filmmaker knows, using the camera drains the battery like crazy, so the added juice is a real, tangible benefit to the shooting experience. (Please make a Pixel 3 battery case, Moment. Please -- I need it.)

As for the lens itself, it's a small box that is placed into the tiny bayonet mount in the case. This is a friction mount, meaning that the lens is held into the case without any mechanical lock, and given how small the mount is, I was a little worried about durability. However, on my hiking trip, I had my whole S9-Moment lens-and-tripod monstrosity clipped to my chest, and despite all the constant jostling, bumping and scrambling, the lens is still tight and goes in and out with a firm twist. 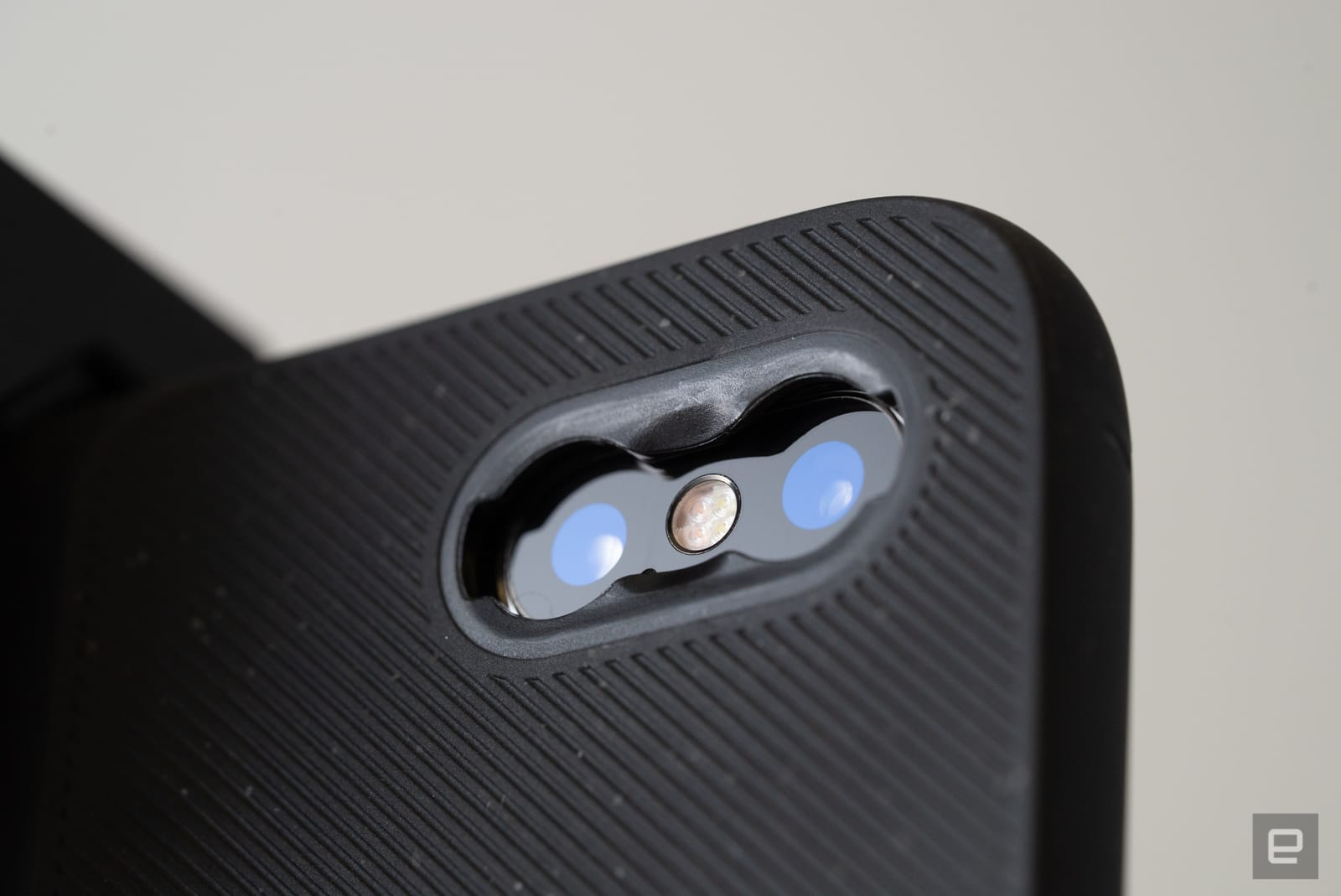 The engineering and quality control of the lens itself is top-notch--the housing is made of soft-touch plastic that feels durable and the mount (on the lens itself) is made out of metal. Unlike Moment's other lenses, the anamorphic model must be oriented horizontally, so it comes with a tiny Allen wrench that you can use to loosen and rotate the mount to match whichever smartphone you have. This part of the lens is very delicate, and there was one instance where I feared I had overtightened the incredibly small bolt after hearing a tiny cracking sound. I don't believe I broke anything, but I would recommend being very gentle.

On the front of the lens, there's a piece of glass that protects the internal lens elements. This will attract fingerprints like crazy if you're shooting handheld, so I recommend carrying a cleaning cloth with you. Moment does sell an accessory mount that could serve as a makeshift lens hood, though I don't think it's worth buying just to keep fingerprints off the lens. It is very handy for neutral density filters, however. 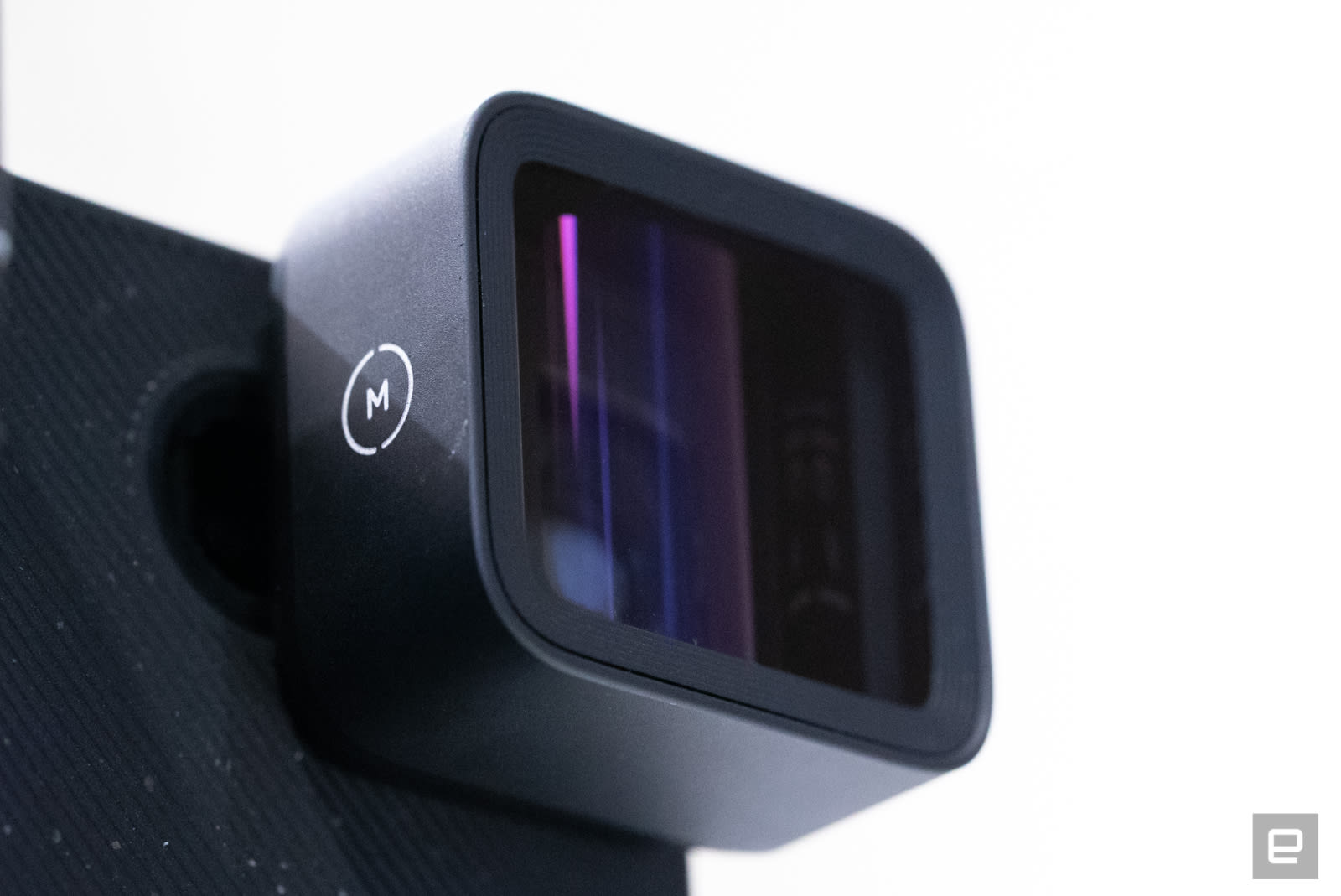 Now, let's get to what you've all been waiting for: image quality. The first thing to know is that this piece of glass isn't going to magically increase the resolution of your sensor, so adding 33 percent field of view does come at the expense of detail. If you use Moment's app or Filmic Pro to automatically desqueeze the pictures / footage, some sharpness will be lost. But, in my opinion, this isn't really noticeable.

That being said, all add-on lenses (sometimes called conversion lenses) add some level of distortion. The amount of distortion depends on what smartphone you're using. For example, Samsung cameras have a slightly wider field of view than iPhones, so this distortion appears to be a bit more noticeable in my testing. The point is, the farthest corners of your frame will be a little less sharp. I've tested a lot of smartphone lenses, including Olloclips, no-name Amazon lenses, you name it, and to my eye, the Moment Lens Anamorphic has very minimal corner distortion. However it is there. 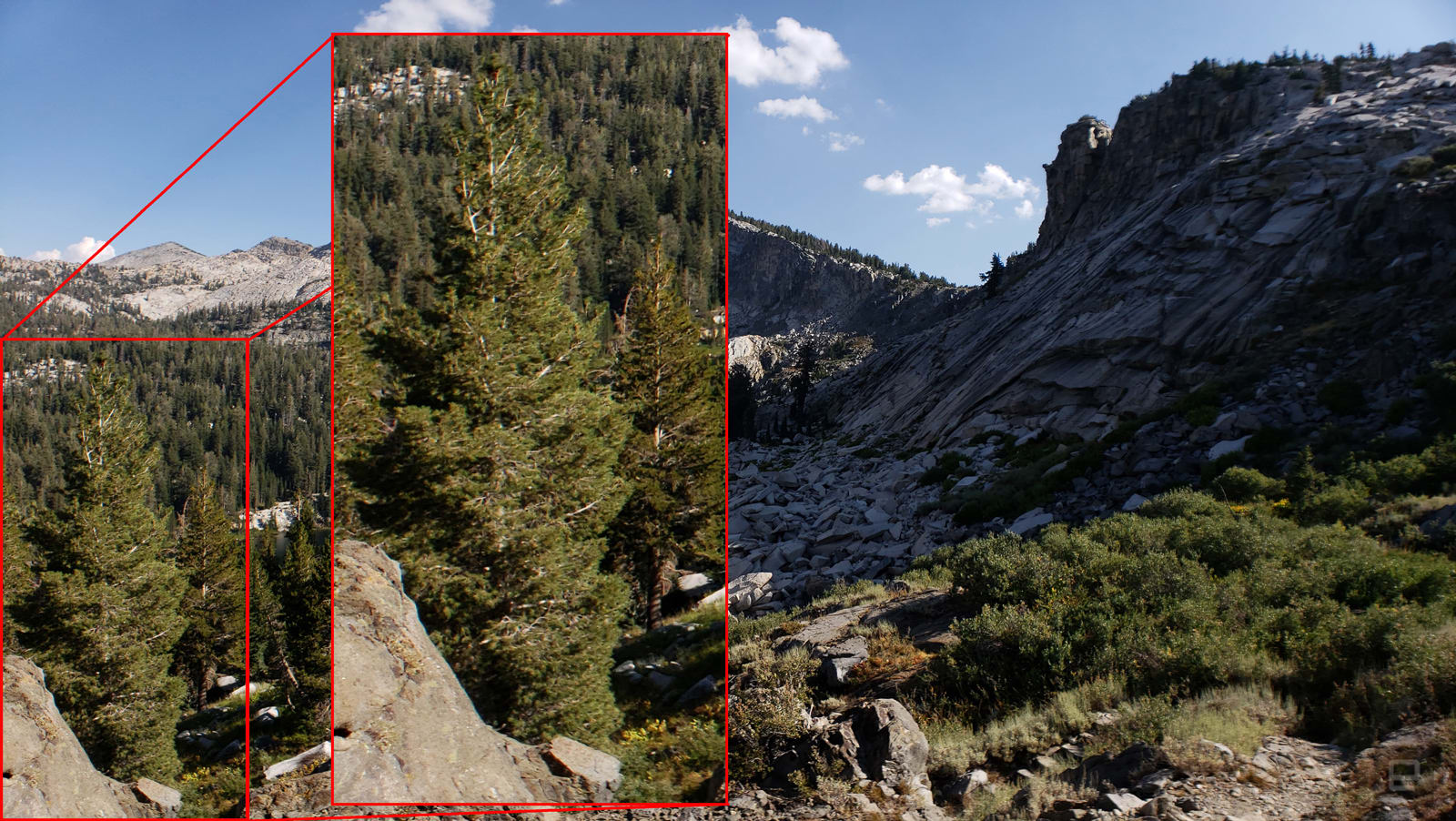 A tiny bit of corner distortion exists, but how much will depend on the phone.

So, is the Moment Lens Anamorphic right for you? If you're a filmmaker shooting your genre-defining student film on a shoestring budget, then the answer is absolutely yes. This thing is awesome, and at $150 (or $120 if you pre-order) it won't break the bank. If you're an Instagram hypebeast looking to give yourself an edge over the competition, then yes, the Moment Lens Anamorphic is for you. But if you're a casual photo-taker, a more traditional wide-angle lens will give you more of a scene without the hassle of using a third-party app or complicated post-processing.

Now, please enjoy a microscopic example of what this lens does for video:

All products recommended by Engadget are selected by our editorial team, independent of our parent company. Some of our stories include affiliate links. If you buy something through one of these links, we may earn an affiliate commission. All prices are correct at the time of publishing.
Moment's Anamorphic lens provides epic looks
Anamorphic
apple
cameras
gear
google
mobile
Moment
momentlens
review