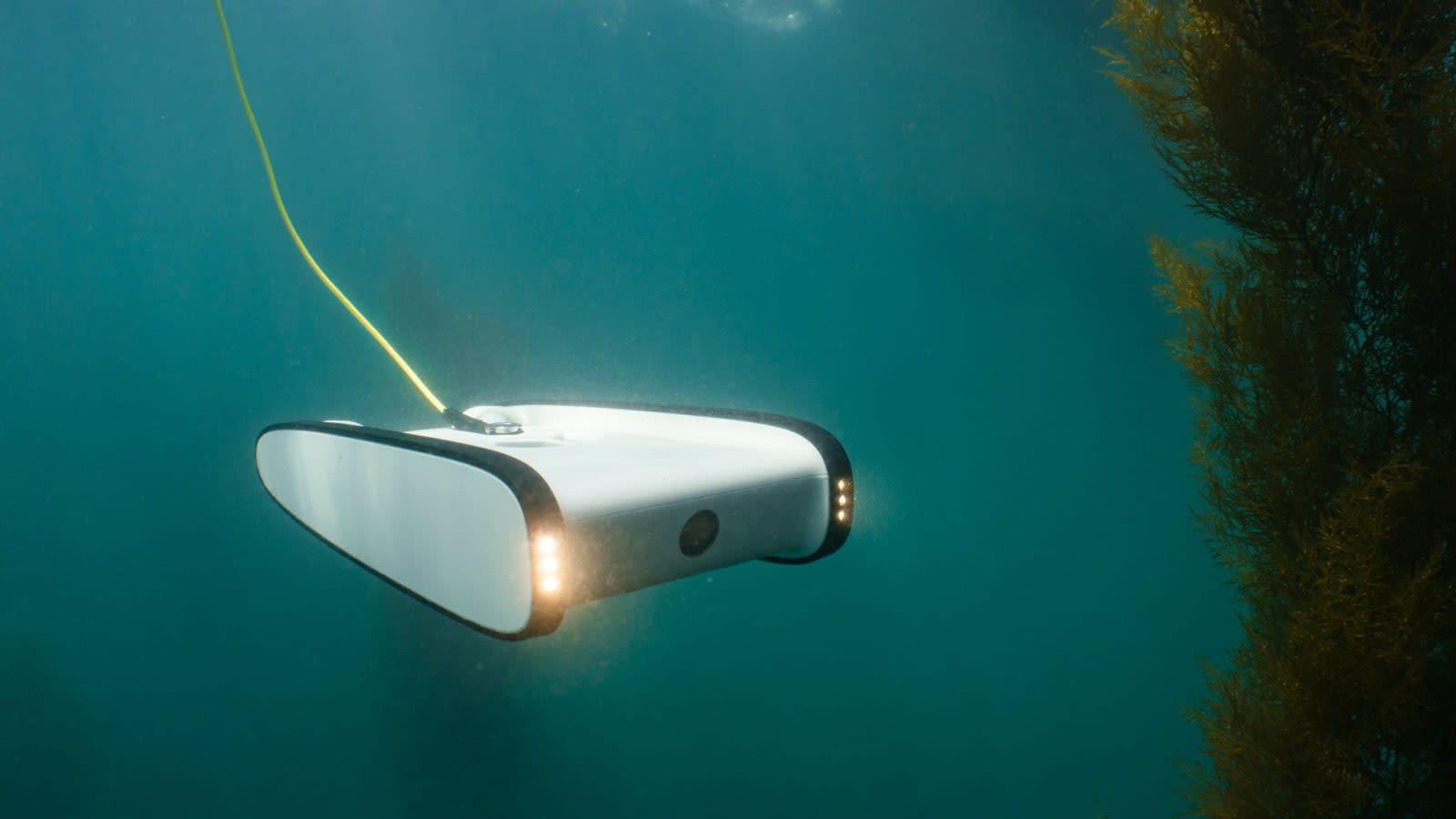 Despite having lived in close proximity to it for hundreds of thousands of years, humanity has yet to explore even a fraction of the Earth's ocean. We have more thoroughly mapped the surfaces of moon and Mars than we have the seafloor. National Geographic and OpenROV hope to change that next year with the Science Exploration Education (SEE) initiative. The organizations are teaming up to give away 1,000 remotely operated underwater drones to any research organization or citizen scientist who wants one (and, obviously, asks while there are still some in stock).

"One of the limiting factors for understanding the ocean is the risks, costs, and accessibility issues of experiencing these underwater ecosystems," David Lang, co-founder of OpenROV, said in a statement. "Many researchers, citizen scientists and underfunded conservation efforts don't have the resources to monitor, study and explore. And we need that data to make informed conservation and policy decisions. The SEE Initiative is an effort to empower people of all backgrounds to help tell these ocean stories in a more meaningful way."

The initiative will be run through Nat Geo's Open Explorer platform, which enables users to document, share and promote their field work with the general public. For example, The Aquarius Project is an Open Explorer collaboration between Chicago's Field Museum and the Adler Planetarium helping teens find pieces of a meteorite that crashed into Lake Michigan while Unsettled Waters takes viewers in search of sharks near California's Farallon Islands and Dissemination Lab looks for rare beetles in Madagascar.

"The key initiative is designed to get these out to conservation groups, early career researchers, folks who otherwise couldn't afford it," Lang told Engadget. As such, all applicants "really need to do is go on to open explorer and Start An Expedition." Each submission will be reviewed and appraised by a team of scientists who will award an OpenROV Trident to the 1,000 most worthy expedition ideas at a rate of around 50 units a month.

"We're not going to really start shipping the thousand until next year after [OpenROV] gets through the back order and all the Kickstarter which we'll be done with in the next few weeks," Lang clarified. What's more, the SEE initiative will only be providing the ROV itself and a 25-foot tether. If you're hoping for additional accessories like the hard case or Android-powered controller, you're going to have to spring for those yourself (as well as shipping costs if you live outside the continental US).

"It's really inspiring to know that around the world there are people on the front lines who are working really hard to protect these places and they could use all the help they can get," he continued. While the Trident ROVs are built to only capture video, a number of enterprising researchers are already modifying their Tridents to include everything from gripper arms to plankton collection nets. And since the SEE initiative is literally giving these ROVs away (yes, you get to keep it after your expedition has concluded), there's nothing stopping you from doing the same.

"These are beacons for groups to tell stories and to rally larger portions of their community around these issues," Lang concluded. The application process is live. Funding for the program is furnished by the Avatar Alliance Foundation, Rolex, the Gordon & Betty Moore Foundation, OceanX and private philanthropists.

In this article: gadgetry, gadgets, nationalgeographic, openrov, tomorrow, uuv
All products recommended by Engadget are selected by our editorial team, independent of our parent company. Some of our stories include affiliate links. If you buy something through one of these links, we may earn an affiliate commission.