Pixii is a smartphone-centric rangefinder camera with a Leica mount

"Why does a camera need to bother with a screen or SD card?"

If you were thinking "I really want a rangefinder camera with a Leica M mount and no rear display or memory card," then a new French startup called Pixii has read your mind. It unveiled a digital rangefinder, also called Pixii, that it calls "a radical take on what a modern camera should be." Instead of packing a display on the back, all photos are meant to be viewed on your smartphone. And to compose the photo, there's an old-school optical rangefinder rather than an electronic viewfinder.

"The digital camera hasn't changed much since the 90s," says PIXII's David Barth. "But now the new generation is learning photography with a smartphone: who understands why a camera still needs to bother with a screen or an SD card?"

Pixii hasn't released the price, resolution and even sensor size yet. We do know, however, that it has a CMOS sensor with a global electronic shutter, 12-bit sampling, high dynamic range and ISO from 100 to 6400 -- so it might not be a low-light champ. Like many other new cameras, there's an OLED control screen on top, letting you select ISO, white balance and other settings. 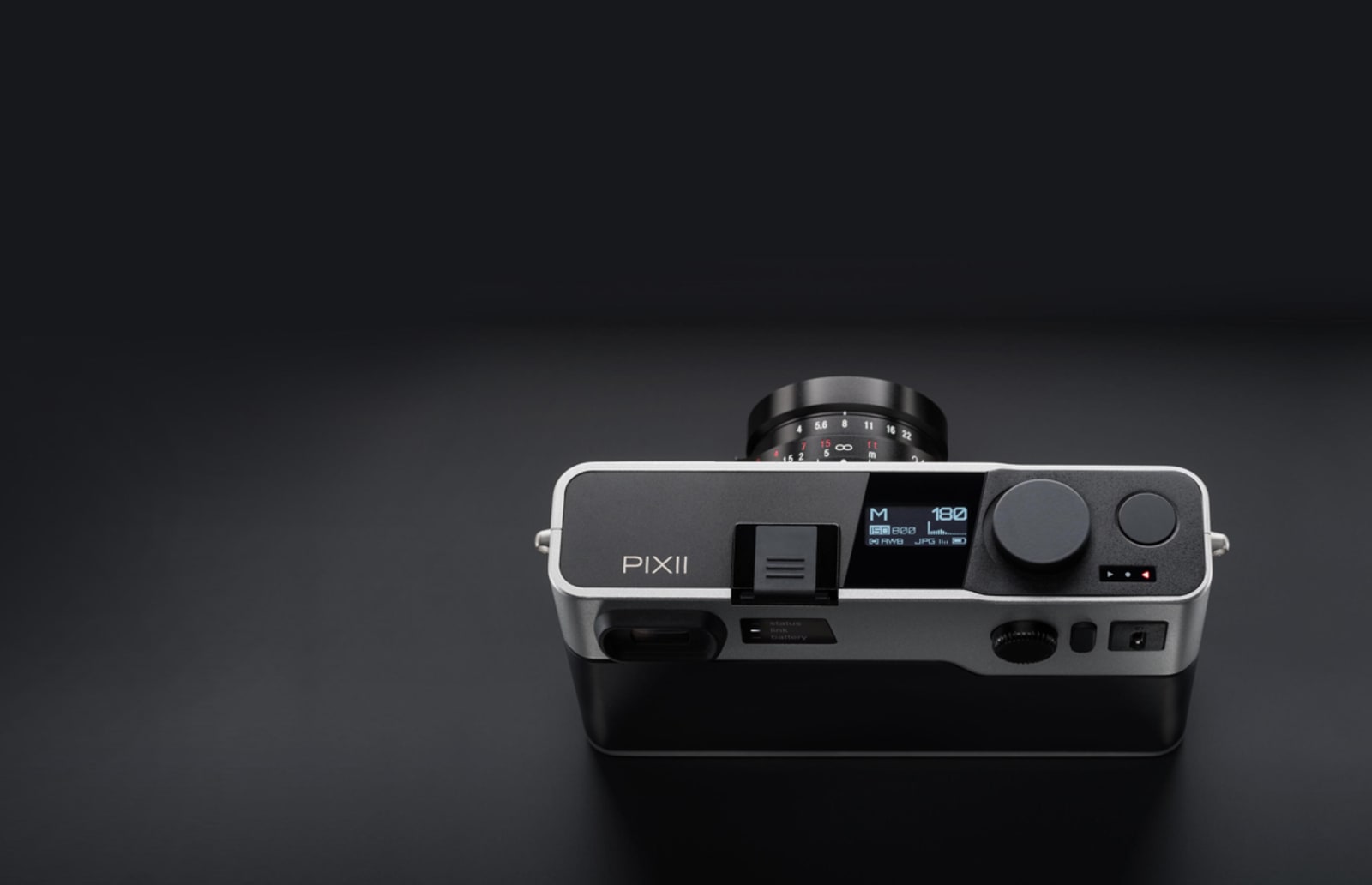 The 0.67X optical viewfinder features backlit LED frame lines, showing 40/50mm and 28/35mm lens fields of view. It also has automatic parallax correction to allow for the viewfinder being offset from the lens. Much like the incoming Zeiss ZX1 camera, there's no memory card slots. Rather, you'll be able to buy it with 8GB or 32GB of internal storage and share images to your smartphone via WiFi and Bluetooth connectivity.

It will supuport Leica M lenses which are compact and have great optics, but also incredibly expensive. Luckily, other lens options will be available using Leica M adapters. Leica Rumors believes it'll be around half the price of a Leica M, so still not cheap, and will likely not pack a full-frame sensor like other Leica M models. We should learn more about Pixii in the coming months.