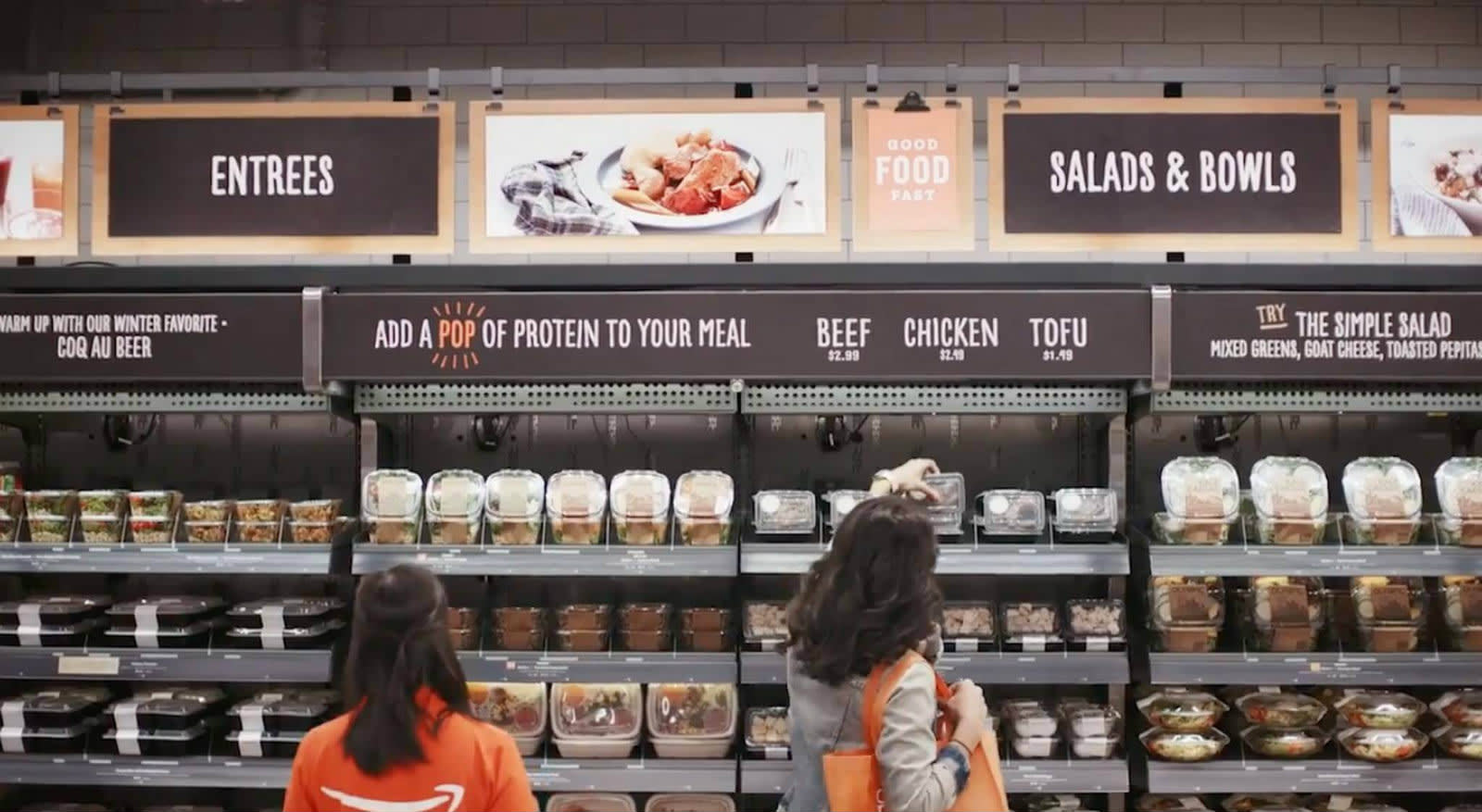 We knew an Amazon Go store was coming to NYC, now we know where it will be stationed. Recode claims the cashierless convenience store will be located inside Manhattan's Brookfield Place -- a shopping and office complex across the street from the World Trade Center. Amazon isn't commenting on the grand opening, so there's no word on the ETA and what items it will stock.

The company's six existing Go stores come in different formats: its first Seattle location, for instance, sells sandwiches and salads along with packaged groceries and alcohol. Others trim the fat, with only prepared foods lining the shelves.

But it's the novelty of shopping without scanning items and queueing in a checkout line (achieved through a mixture of sensors, cameras, and computer vision) that's the big draw. Something the likes of Walmart and Microsoft, and startup Standard Market (which just opened a similar store in San Francisco) are also eyeing.

NYC's Amazon Go store will reportedly be slotted next to the Brookfield Palace security desk in front of American Express's office tower and near an Oliver Peoples eyewear store. Seeing as most Amazon Gos are open during office hours, and mainly trade in lunchtime meals, it makes sense to open the New York store in a business complex that also attracts wealthy shoppers drawn to luxury brands. The high-tech shops are set to become a more common sight, with 3,000 more due by 2021, according to Bloomberg.

In this article: amazon, AmazonGo, food and drink, food-and-drink, foodanddrink, gear
All products recommended by Engadget are selected by our editorial team, independent of our parent company. Some of our stories include affiliate links. If you buy something through one of these links, we may earn an affiliate commission.