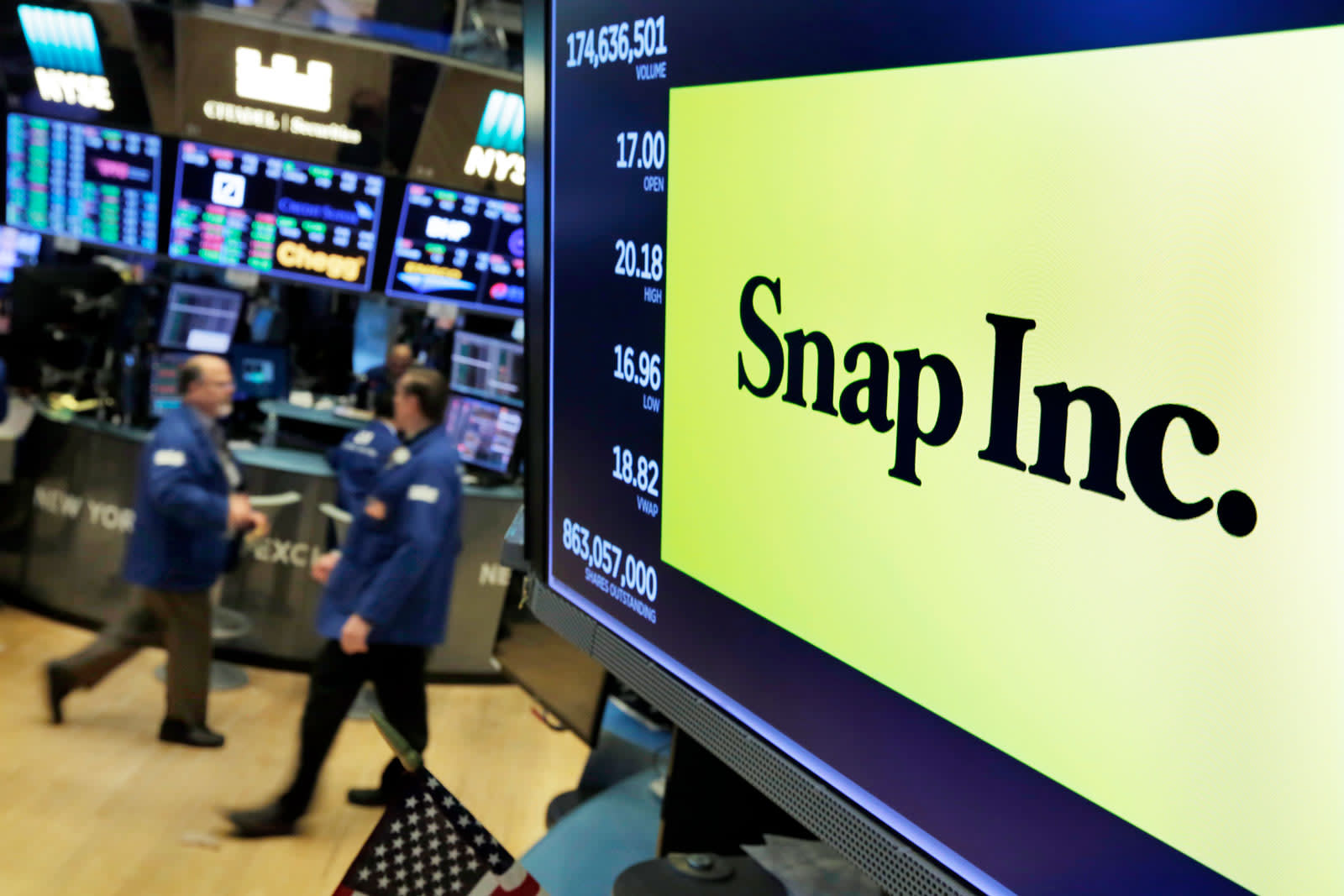 Despite drops in active users, Snap has managed to break a revenue record this quarter. According to the company's third quarter results, Snap managed to increase its earnings by 43 percent from the previous year to a record $298 million. This might have something to do with the fact that the number of Snapchat users grew 5 percent compared the same quarter last year, though the daily active user (DAU) number is down 1 percent from last quarter, at 186 million.

The app has been effective at getting voters to register, securing about 418,000 registrations in two weeks recently. Earlier this year, the company redesigned its app to attract more users, but caught flak for messing it up -- something CEO Evan Spiegel himself admitted. In an effort to fix that, Spiegel said in prepared remarks released alongside this quarter's results that "We have been developing a completely new version of our Android application." It's meant to be "lightweight, modular, and performant," he said.

That could help Snap continue to grow its user numbers after the slump it had in the past few months, which Spiegel said happened "primarily among Android users." Spiegel also explained on the earnings call that he's also optimistic about continuing to grow DAU by expanding beyond its current audience of 13-34 year olds in the US and UK.

Snap is also focused on creating premium content to keep its users engaged, and launched a set of original shows this month that are fast-paced and designed with Snapchat viewers in mind. These vertical videos sometimes offer interactive augmented reality elements to engage the user, and are released more frequently so keep people coming back. "There's just huge demand for mobile content," Spiegel said on the call.

Another possible reason for the record revenue is improvement on ads. With the new originals, the company was able to sell unskippable commercials during a show. Snap also introduced new Collection Ads that let companies display up to four products on a page, and managed to reach more advertisers with its self-service format.

If Spiegel and team are able to reverse the downtrend in DAU numbers from the previous quarter, Snap's future looks surprisingly promising, and we will surely be seeing more Snapchat shows very soon.

Update (at 10/26/2018 8:45am ET): An earlier version of this article mistakenly stated that Snap Inc had turned a profit this quarter. The post has been edited to fix the error.

In this article: business, gadgetry, gadgets, gear, internet, snap, snapchat, snapinc
All products recommended by Engadget are selected by our editorial team, independent of our parent company. Some of our stories include affiliate links. If you buy something through one of these links, we may earn an affiliate commission.