Richard Branson and Fabien Cousteau will be at the bottom, waiting. Watching.
A. Tarantola|10.25.18
@terrortola

In 1971, underwater explorer and ocean conservationist Jacques Cousteau parked his ship in the middle of Lighthouse Reef, some 40 miles off the coast of Belize, to dive what would become one of the world's premiere scuba destinations: The Great Blue Hole. Now, some 47 years after his grandfather's famed expedition, Fabien Cousteau is returning to the site with the latest and greatest in survey equipment to further explore the mysteries of the world's largest under sea sinkhole. And he's bringing Richard Branson along for the ride.

At 300 meters (984 ft.) across and around 125 meters (410 ft.) deep, the Blue Hole is the largest natural formation of its kind. You could easily fit a pair of Boeing 747's into the space with plenty of room to spare, so its little surprise that the Blue Hole has been named a UNESCO World Heritage site. But for as prominent as the Blue Hole is, the area has yet to be fully surveyed. And that's where Cousteau, Branson and the folks the Aquatica Foundation come in.

Later this year, the team plans to launch the Blue Hole Belize 2018 Expedition, a mission to explore the full depths of the Blue Hole using piloted submersibles. 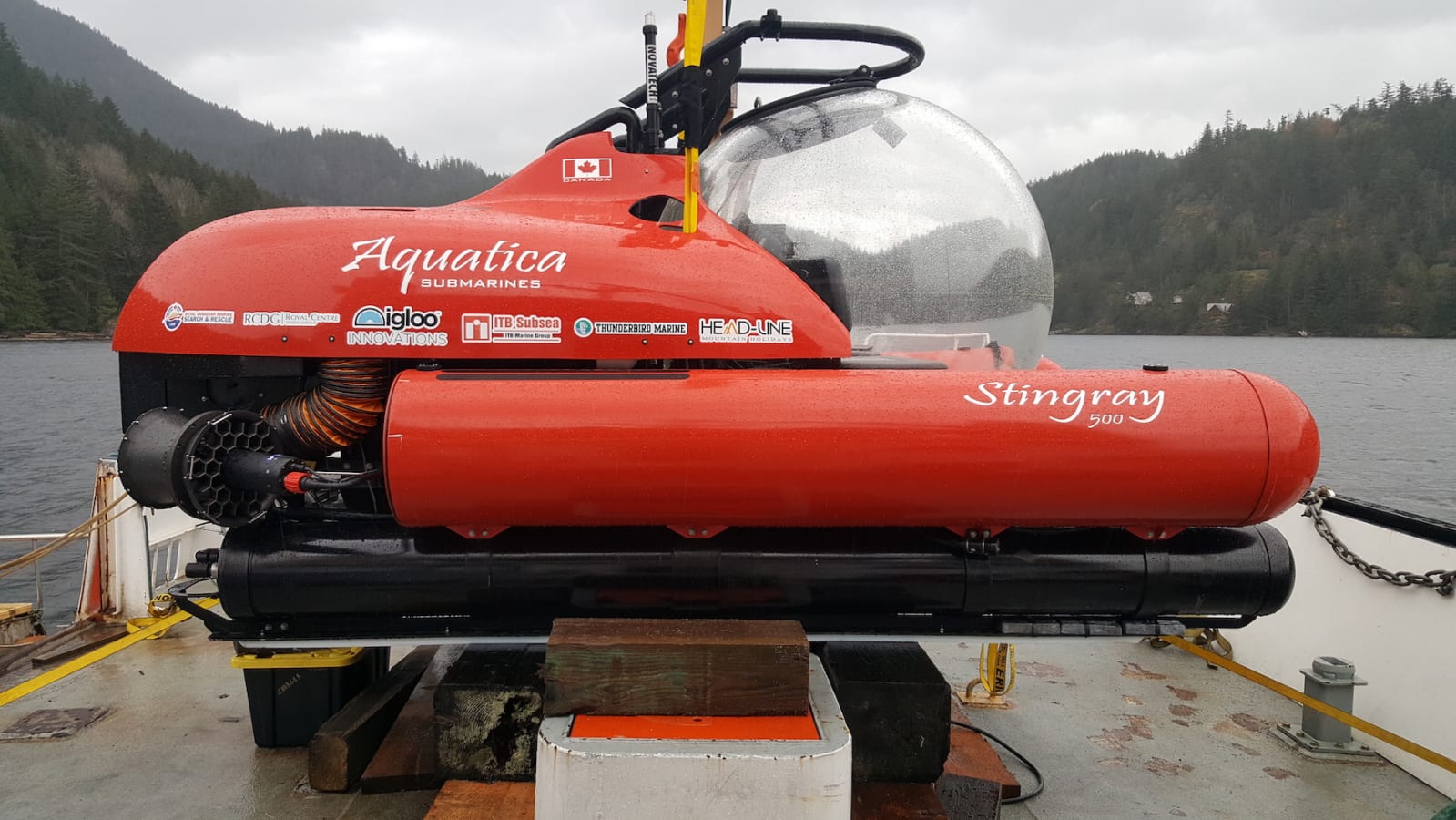 "There is not a lot of funding, so we put together these expeditions in an effort to accomplish a lot of different goals," Harvey Flemming, Aquatica's founder, told Engadget. "It gives [public relations] elemental stuff, but mostly it gives scientific data that is valuable and gives us really exciting things to do."

The expedition will involve multiple dives, both to collect scientific samples from the depths but also to map the site's interior structure using modern SONAR technology. "The big goal, the big objective is the sonar scans and then mapping the Blue Hole," Flemming said.

"Another one is outreach and exposure on various different levels. Ocean conservation and protection conservation awareness are very much needed within our space," he continued. "By doing something like we're doing, we do get that data that's very valuable to the people of Belize, but also to a lot of the scientific community in the world."

The sonar scan will only be the first step in the team's data collection process, Erika Bergman, Aquatica's Chief Pilot, told Engadget. Throughout each dive, the subs will be recording a number of environmental factors including water quality data, "which tells us the extent of light in the water, how much bacterial activity," Bergman explained.

"One of the most interesting marks that we are really excited to do is oxygen testing," she continued. "We've heard that in the Blue Hole there is an anoxic layer near the bottom," beneath a naturally occurring layer of hydrogen sulfide. "This is really interesting because things don't degrade in anoxic areas so we could find preserved life."

That said, the research team is approaching the dive with kid gloves. The fact that the location is a UNESCO World Heritage Site ensures that the team will take the utmost care. While the restrictions on such sites aren't quite as far-reaching as what you'd find at a IUCN Category 1A Strict nature reserve, the decent will be tightly controlled.

"We're not even going to set down on the bottom because it's theoretically been filling with silt for the last 100,000 years," Bergman said. "We can get really, really nice and close up to the objects without touching them or stressing them in any way. We've had a lot of experience doing that around shipwrecks, mostly, where you definitely don't want to touch anything." 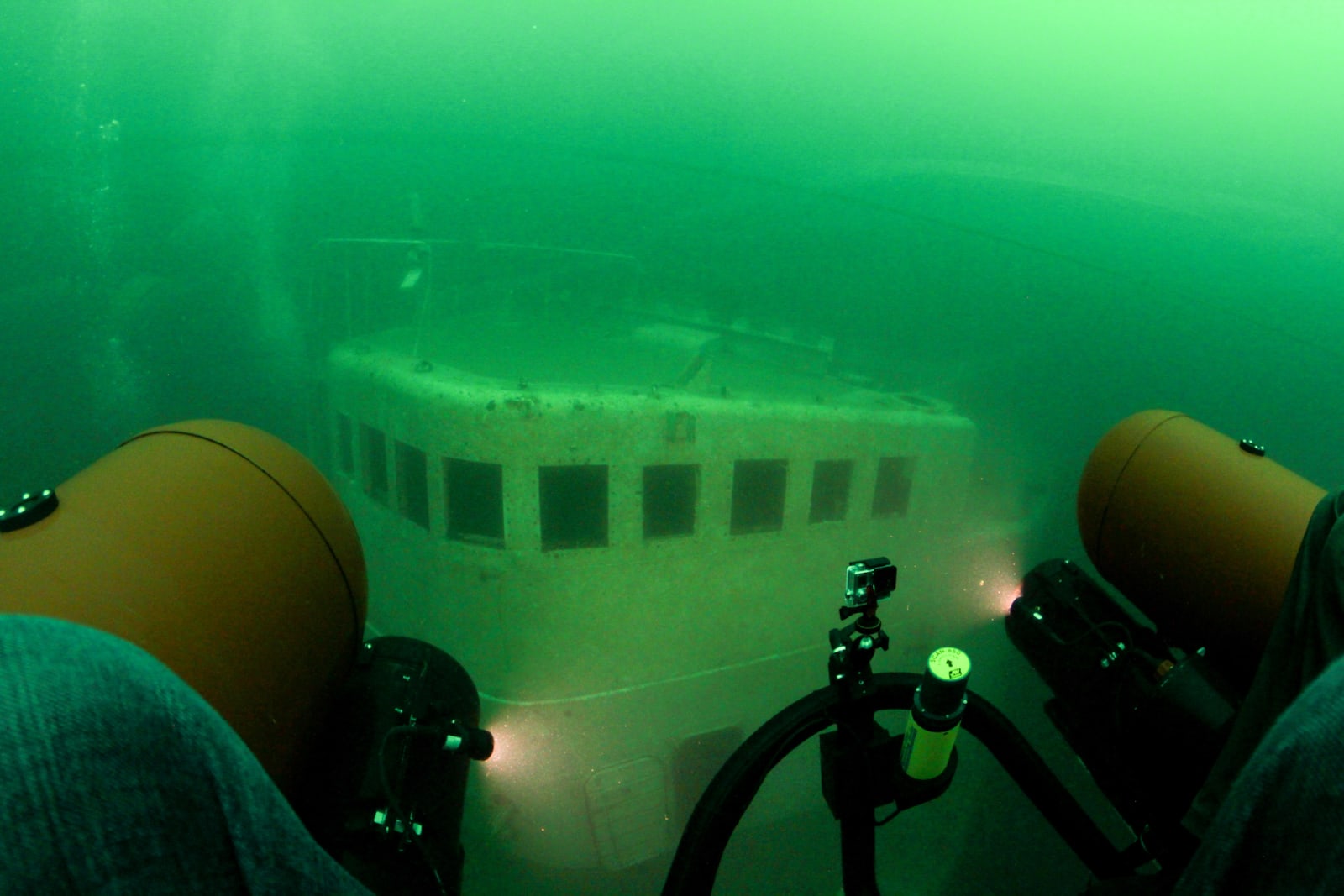 The data that the team collects will be archived onboard the surface support ships and shared with the Belize government (a common practice). "Most of us do share all of our data for most of our projects," Dr. Kerry Nickols, an Assistant Professor of Biology at California State University, Northridge not associated with the Blue Hole Expedition, told Engadget. "Most of us want to share data in order to be transparent about what's happening, we also want data to be used beyond the science and have a way to inform management and conservation -- to be useful."

To cap off the expedition, Cousteau and Branson plan to conduct an interview from the bottom of the Blue Hole, which will be broadcast live globally, in an effort to bolster public interest in marine conservation. This may sound rather schlocky but the more exposure people have to marine science, the better.

"At this point we know that the global warming is progressing at just an extraordinary pace and these places are under extraordinary threat," Nickols explains. "It's invaluable because there is such a disconnect between people and the natural world. An expedition like this can help inspire people in a way that they couldn't otherwise."