There's also a 5G version due in Q1 next year.

It was a little over a year ago when I bumped into Xiaomi president Lin Bin at his flagship store in Beijing. Pointing at the then-freshly launched, near-bezel-less Mi Mix 2, Lin asked me, "Are you fine with having the front camera in the chin [in order to avoid the notch]?" My short answer was yes, even if that meant I had to rotate the phone for better selfies.

Still, Xiaomi would eventually cave in by adding a notch to the Mi 8 series. Soon afterwards, though, Vivo and Oppo surprised us all with their all-screen smartphones. Not to be outdone by its local rivals, Xiaomi (and also Honor next week, for that matter) is striking back with its Mi Mix 3, a notch-free all-screen device that relies on a sliding screen instead of a pop-up camera. And yes, you still get a ceramic back for that extra premium look and feel.

The much slimmer chin on this Mi Mix 3 is enabled by two key features: The antenna inside the chin is a lot smaller this time, and obviously, there's no longer a front camera there -- it's been repositioned to the top side of the main body, where it's only visible when you slide the screen down. (Based on Honor's teasers, its upcoming Magic 3 is based on the same concept.)

As a result, we're looking at a 6.39-inch 2,340 x 1,080 AMOLED display -- a welcomed change from the predecessors' LCDs -- with an impressive 93.4-percent screen-to-body ratio. Thanks to its 600-nit brightness and 103.8-percent NTSC gamut, the screen looked stunning even outdoors, though it would have been even nicer if it came with a higher resolution. 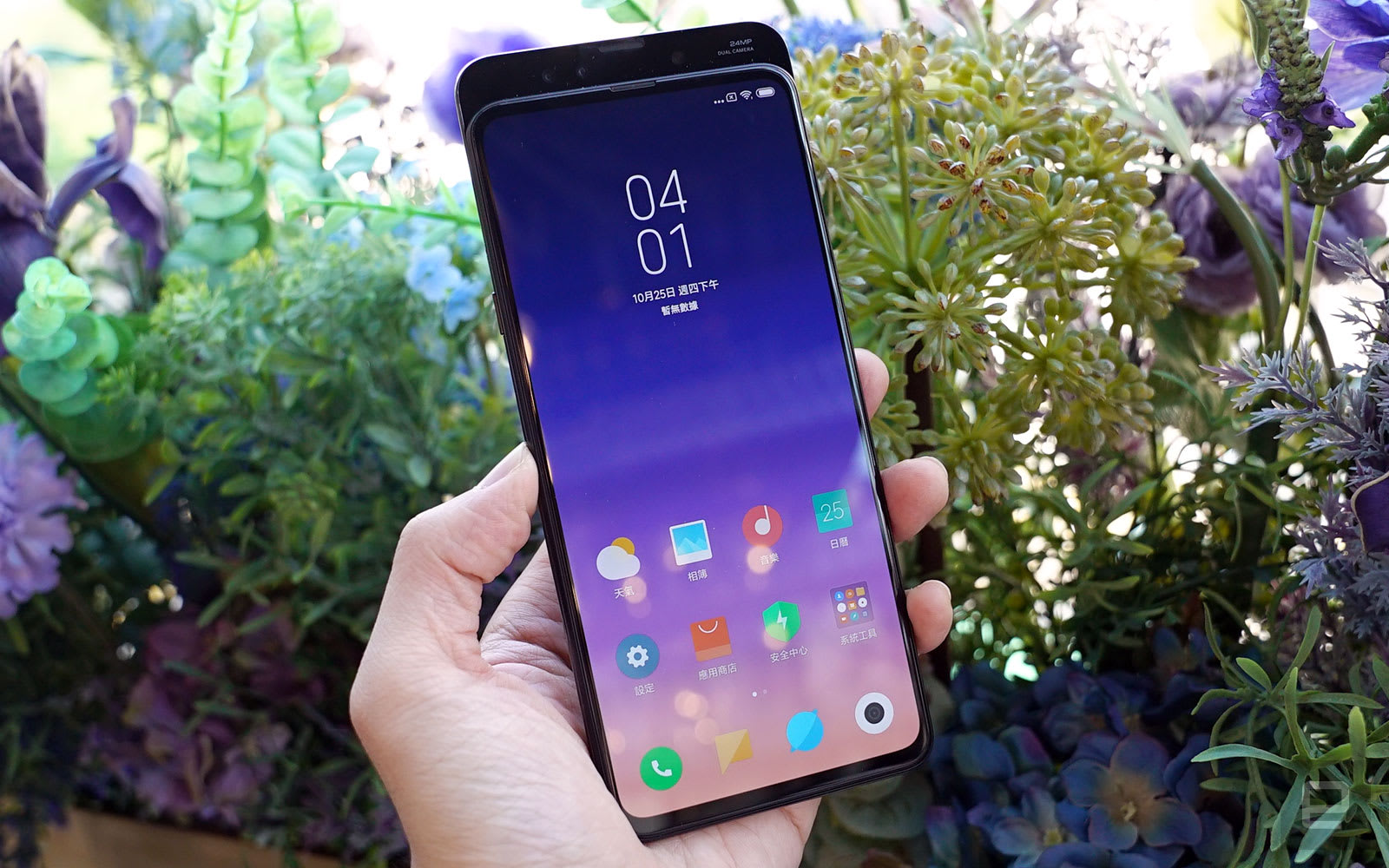 One question you may have in mind is how well does the screen slide. According to Xiaomi, the sliding mechanism relies on two short neodymium magnetic rails to help secure the screen in either position, while offering a seamless transition at the same time. I had to apply some force to move the screen each time, but it felt just right -- not too loose and not too tight. Only time will tell if this becomes an annoyance.

In terms of durability, Xiaomi claims that this mechanism is good for around 300,000 slides -- which it believes should mean over eight years of average use. That's good and all, but I'm more worried about dropping the phone when the screen is down -- such is the risk of adding mechanical features to a portable device. That said, much like most Xiaomi flagships, the Mi Mix 3 felt otherwise solid, and hopefully its polished metallic frame will help it survive most typical drops. 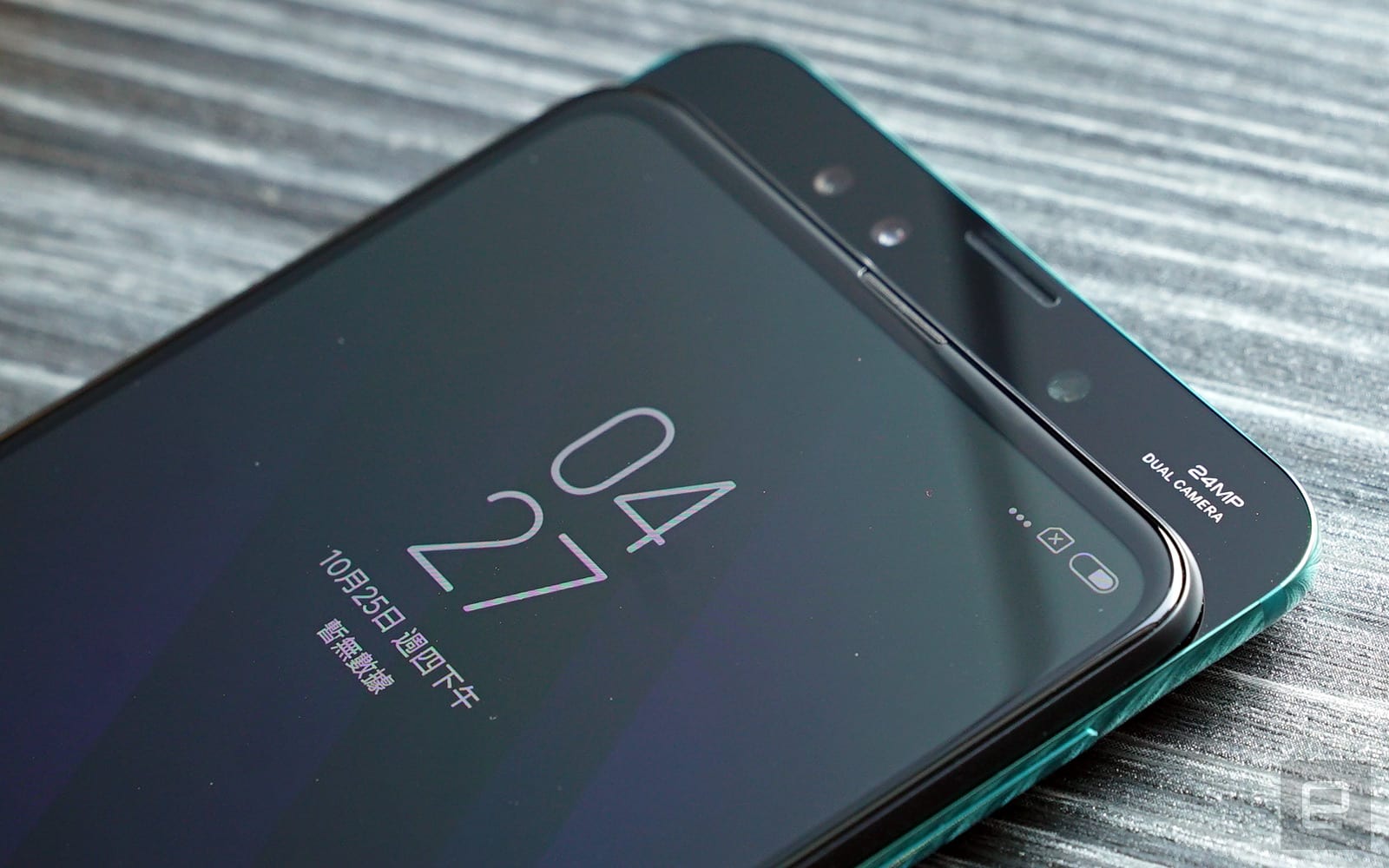 Sliding mechanism aside, the Mi Mix 3 is very much your typical flagship smartphone these days, featuring Qualcomm's Snapdragon 845 chipset, at least 6GB of RAM, up to 256GB of storage space, a 3,200 mAh battery, Quick Charge 4.0+ (but the bundled 18W charger only does QC 3.0) and 10W fast wireless charging (pad included!). Oh, and it also lacks a headphone jack, but at least Xiaomi is still throwing in a USB-C adapter for that. The only disappointment here is the fact that this phone still uses a rear fingerprint reader, as opposed to an in-display version or even a 3D-structured light sensor for face unlock; but then again, conventional fingerprint readers tend to be more convenient than those fancy new offerings.

In addition to its ceramic backplate, what also sets this device apart from the crowd is the fact that it'll have a 10GB RAM edition -- a collaboration with Beijing's Palace Museum. Even though this won't arrive until late November, it'll already beat Black Shark's Helo -- also manufactured by Xiaomi -- and maybe even Oppo's special edition Find X to become the world's first 10GB RAM smartphone. As for Xiaomi's earlier 5G teaser, yes, it's still happening: the Mi Mix 3 will have a 5G variant some time in Q1 2019, but that was all we were told today. 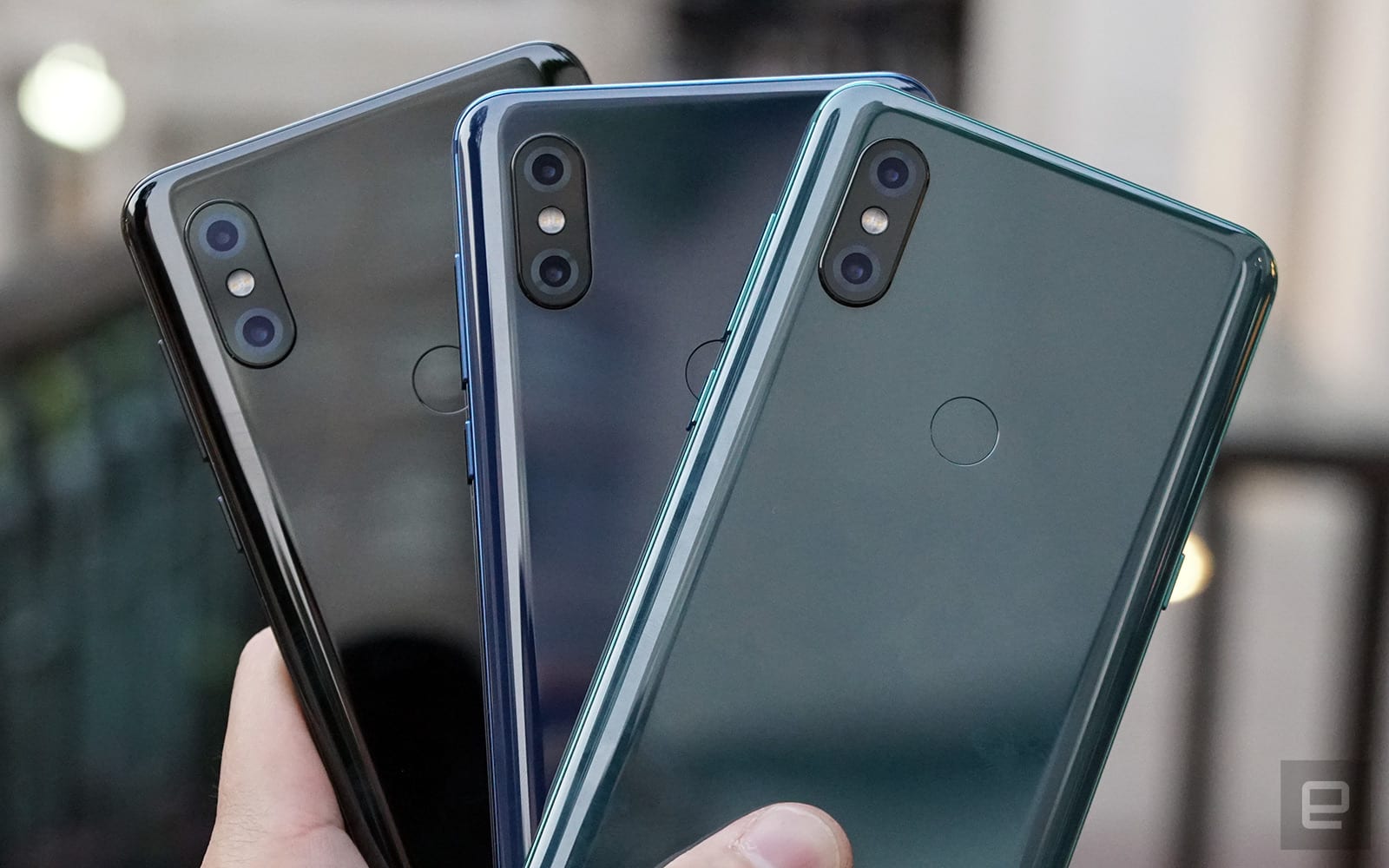 On the photography side, you get the same pair of 12-megapixel rear cameras as the ones on the Mi 8 -- f/1.8, four-axis OIS plus a 1.4um Sony IMX363 sensor for wide angle, and f/2.4 plus a 1um Samsung S5K3M3+ sensor for telephoto. Xiaomi claims that this is its best camera tuning and algorithm yet, but we'll believe it when we get to go deeper with our own review unit later. The main camera is also capable of 4K recording at 60fps, as well as a new 960fps super slow-motion capture at up to 1080p -- just make sure you use this somewhere that's well-lit.

With the screen down, you'll see the 24-megapixel selfie camera with a 2-megapixel depth sensing camera for bokeh; and in the dark, the main Sony sensor uses pixel binning to merge four 0.9um pixels into one to simulate the sensitivity of a much larger 1.8um pixel. Again, Xiaomi is making bold claims with this implementation, so we shall see when we give this a spin later.

The slide-down action also toggles the camera app's selfie portrait mode, and similarly, closing the screen will exit the app; though you can also exit the app manually while leaving the screen down, should you wish to quickly check something elsewhere. 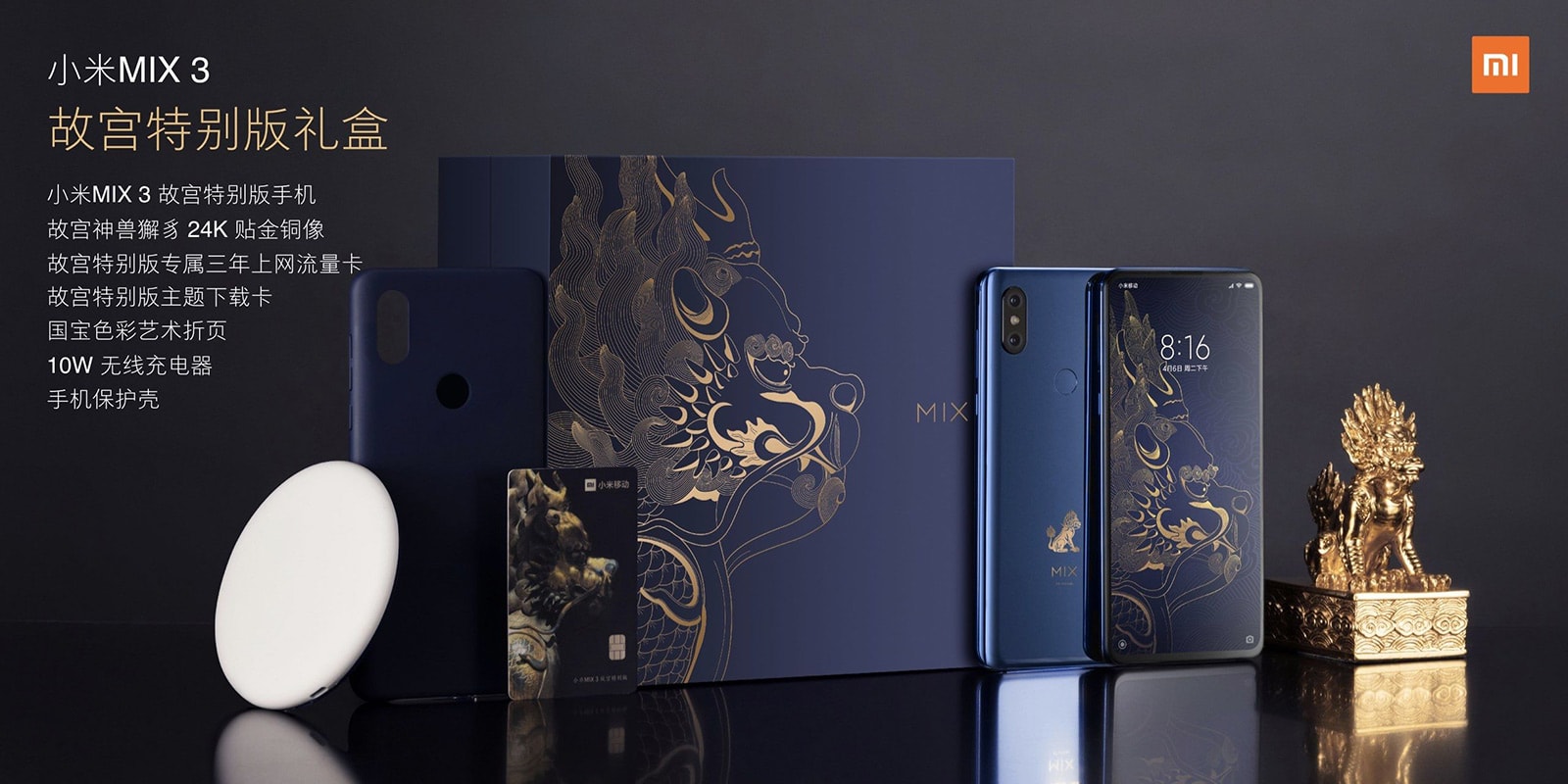 The Mi Mix 3 comes in black, sapphire blue or jade green (my personal favorite), and it starts from 3,299 yuan or about $475 for the 6GB RAM plus 128GB storage base model, with the top model packing 8GB RAM with 256GB storage asking for 3,999 yuan or about $580. The aforementioned Palace Museum edition with 10GB of RAM is expected to become available in late November for 4,999 yuan or about $720.