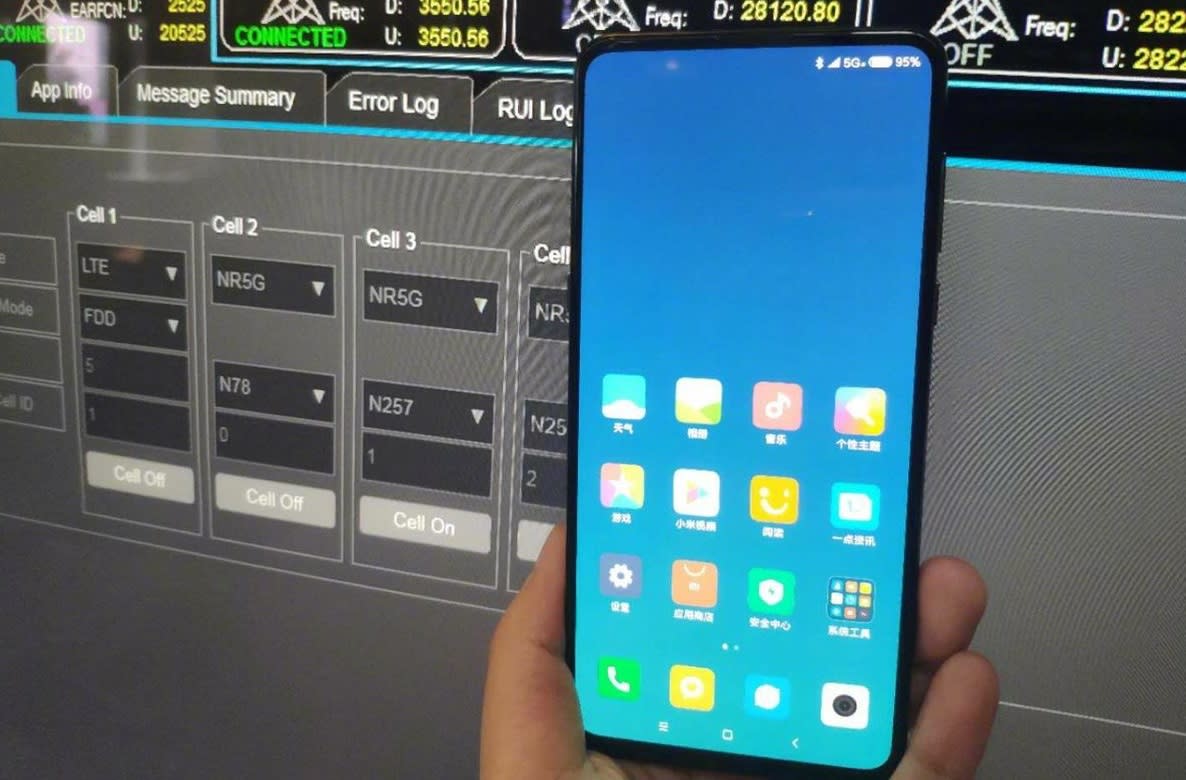 Earlier this year Chinese phone maker Xiaomi announced its plans to expand into Europe and the US, and if the company's latest teaser tweets are anything to go by, there's good reason to be excited about that. Director of product management Donovan Sung has posted a real life photo of the upcoming Mi Mix 3, and has hinted that it'll be 5G-ready (competitors Oppo and Vivo have also recently revealed their 5G progress).

We've successfully tested 5G data connections on Xiaomi phones, and we can't wait for the official rollout of 5G next year! 🎉🎉

5G download speeds are more than 10X faster than 4G speeds. What's everyone looking forward to the most? ⚡⚡️⚡️ https://t.co/vLAH3wosni

The image shows a phone almost identical to the previously-released 3D render, with a near-bezel-less screen and slick body. The phone's big selling point -- a pop-out camera (or more accurately, a slide-down screen) -- isn't illustrated in the tweet, so we'll have to wait to see how that fits into the device. We shouldn't have to wait too long, though -- Xiaomi's president previously said the Mi Mix 3 will be officially announced, or even released, sometime next month.

In this article: 5G, camera, gadgetry, gadgets, gear, launch, MiMix3, mobile, smartphone, Xiaomi
All products recommended by Engadget are selected by our editorial team, independent of our parent company. Some of our stories include affiliate links. If you buy something through one of these links, we may earn an affiliate commission.