While the notch has become an unfortunate trend in the smartphone market, Vivo and Oppo have shown the world how a proper all-screen design should be done -- by stuffing the front cameras into a motorized pop-up module. About two months later, Honor caught up by showing off a vague Magic 2 teaser, in which you could make out what appeared to be a pop-up camera as well. But thanks to the help of six lucky Chinese celebrities, today we finally see the phone in action ahead of its October 31st launch, and as it turns out, we're actually looking at a different all-screen implementation here.

First of all, we can now confirm that the Honor Magic 2 is indeed a slider phone, as shown in the videos shared by the presumably well-paid celebrities. To reveal the front cameras at the top (I see at least two there), simply slide the screen downwards with your thumb; and vice versa.

According to singer Jiacheng Wu, the sliding mechanism felt "very good" (but of course he would say that) -- so good that fellow celebrity Enqi Zhong sang along to a beat consisting of the slider's clicking sound (ugh). Honor's very own TikTok channel even created a beat by clicking the phone and knocking it on the table. Enjoy.

And then there's the back of the phone which wasn't shown before. As seen in Zhong's video and also Zanilia Zhao's photo above, this "debut premium edition" Magic 2 features a red-to-purple gradient mirror finish, along with a triple camera laid out similarly to the one on Huawei's P20 Pro. But just in case you can't tell the two phones apart without flipping them over, Honor moved the LED flash from the bottom to the top.

Another photo from Zhao also highlights Honor's very own voice assistant, Yoyo, though it's most likely limited to Chinese-speaking users. Apart from that, there's no word on the device's other features nor specs, but given that the Magic series is meant to show off Honor's latest smartphone tricks, it's reasonable to expect flagship specs here. 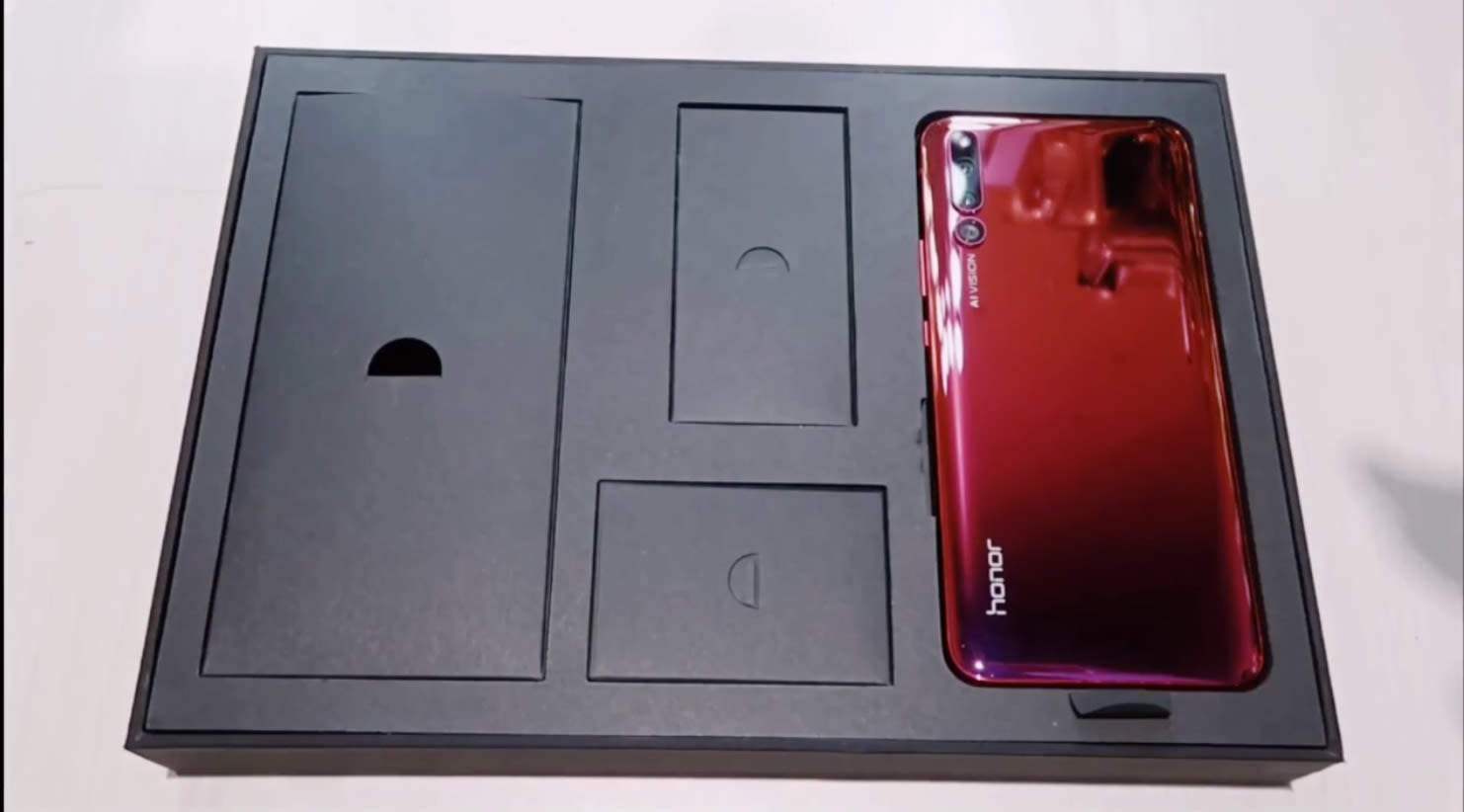 Honor's upcoming slider phone won't be the last of its kind. Xiaomi's Mix 3 -- due to be launched in Beijing this Thursday -- also appears to have the same notch-free sliding screen design. In fact, it was the Magic 2's IFA teaser that prompted Xiaomi president Lin Bin to immediately unveil his similar-looking device, which was a very unusual move for this company. The cheeky exec even wrote "sorry, they look alike." Hey, at least Xiaomi hasn't been making silly videos with its new phone (yet).