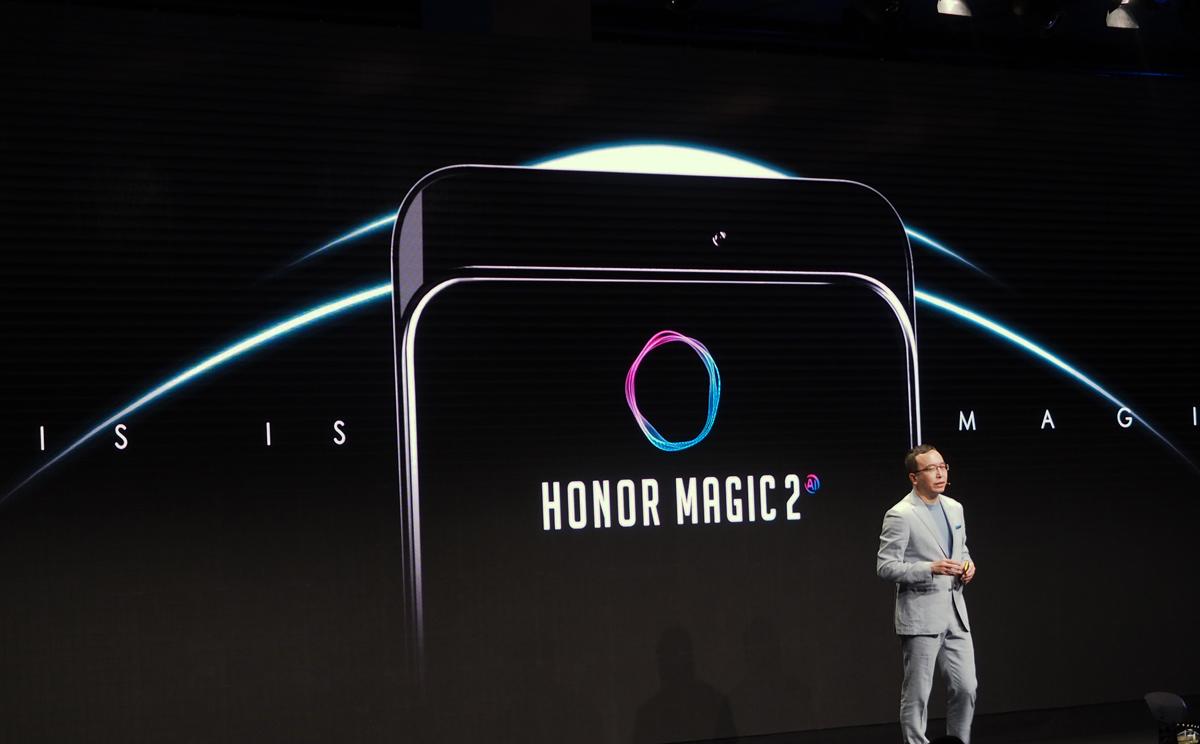 How to solve the problem of too much screen? After Honor showcased its new gaming phone to the IFA masses, it had a surprise extra announcement: The Honor Magic 2 (What? Never heard of the original Honor Magic?) It looks to be a phone that's (once again) all screen, no bezel, but has another solution for where to hide the pesky front-facing camera: In a slider component behind the front. Like the T-Mobile SideKick, and decades-old Samsung and Nokia phones, it looks like Honor are betting on the slider to solve the problem of all-screen smartphones. It's not the dumbest solution, Oppo's Find X does a similar trick, albeit with an internal mechanism. It's early days, though and other details are scant. You can expect advanced safe fast-charging and Huawei's next smartphone chip, the Kirin 980 -- which hasn't even been announced yet. Watch the unveiling after the break: We've skipped to the main part.

In this article: allscreen, gaming, gear, honor, huawei, ifa, ifa2018, magic, magic2, slider
All products recommended by Engadget are selected by our editorial team, independent of our parent company. Some of our stories include affiliate links. If you buy something through one of these links, we may earn an affiliate commission.