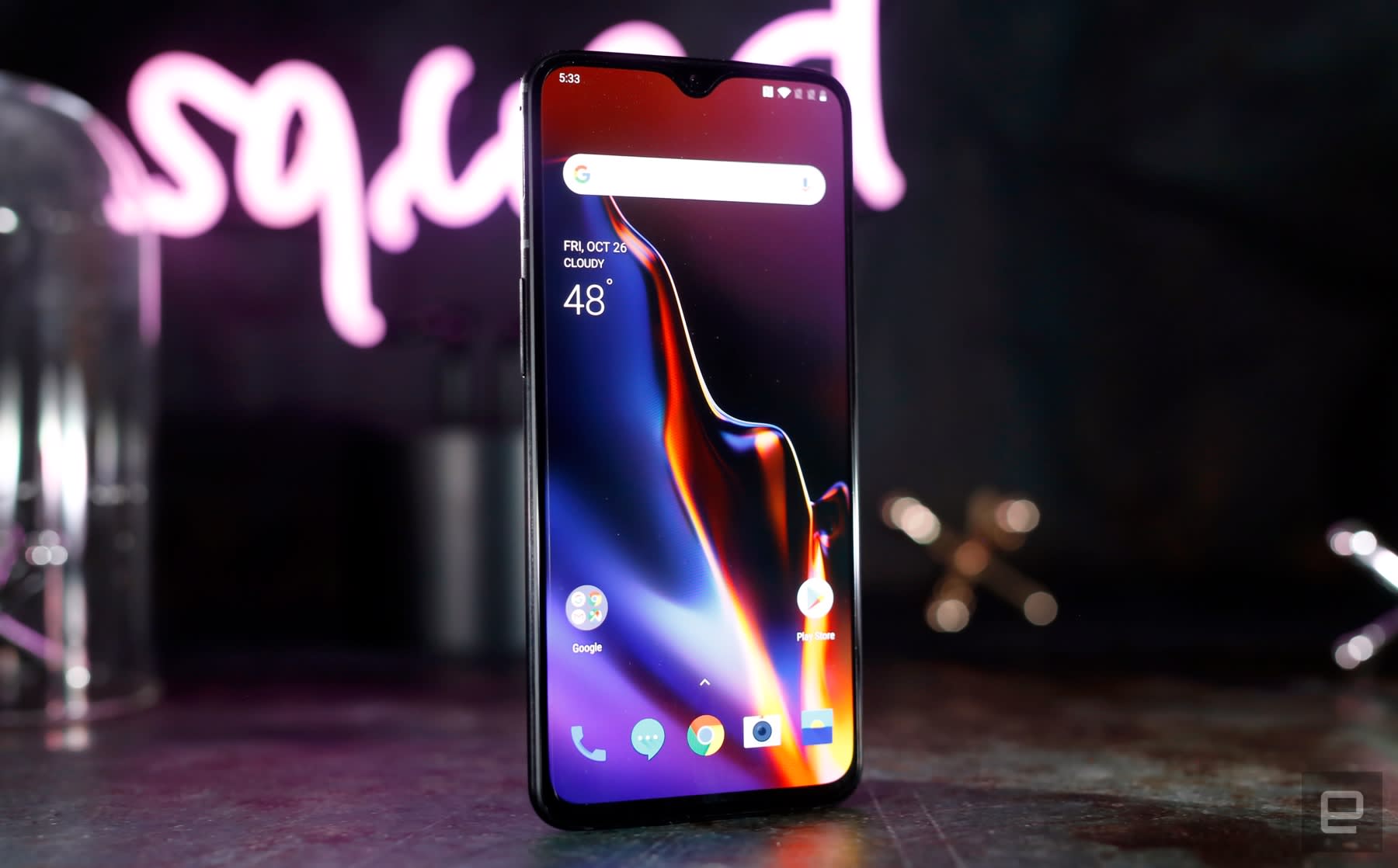 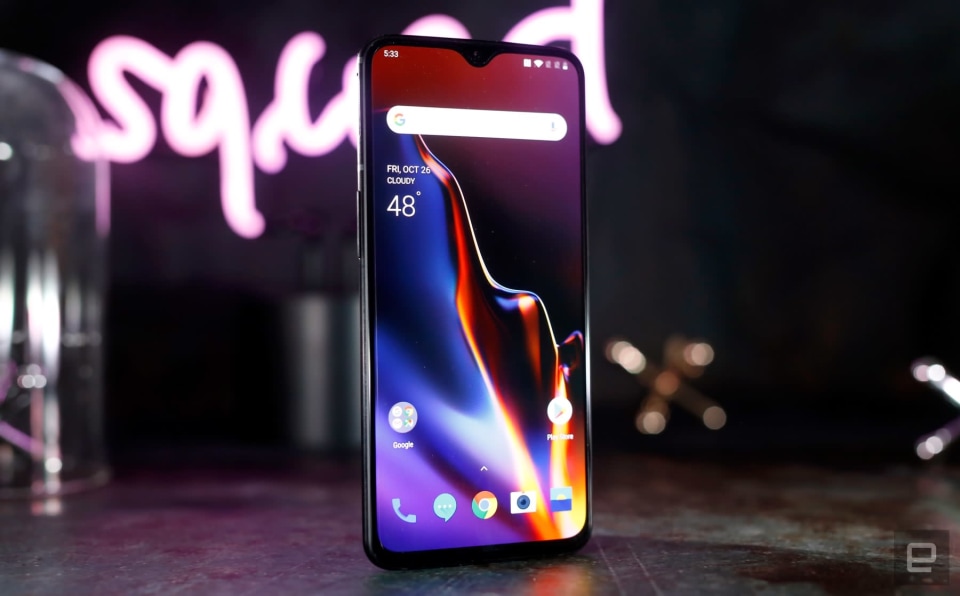 OnePlus has been churning out two smartphones a year since 2016, and that sheer speed means some of those rapid-fire sequels weren't as exciting as we would've hoped. (Here's looking at you, 5T.) Despite sharing a lot with its predecessor, you can't really say the same of the new OnePlus 6T.

It's a phone that, in many ways, is defined by its firsts: this is the first phone to be sold in the US with an in-display fingerprint sensor. This is the first OnePlus phone ever to work on Verizon. And it's the first OnePlus ever to get the full sales support of a major US carrier — in this case, T-Mobile. For years, the company has insisted on measured growth, but now it seems to be sitting right at the edge of a huge moment. We've had the phone for less than a week and publishing a full review didn't feel quite right yet, but in the meantime, I find myself nearly sold. As the company prepares to go big in the US, this phone just might be the right phone at the right time. 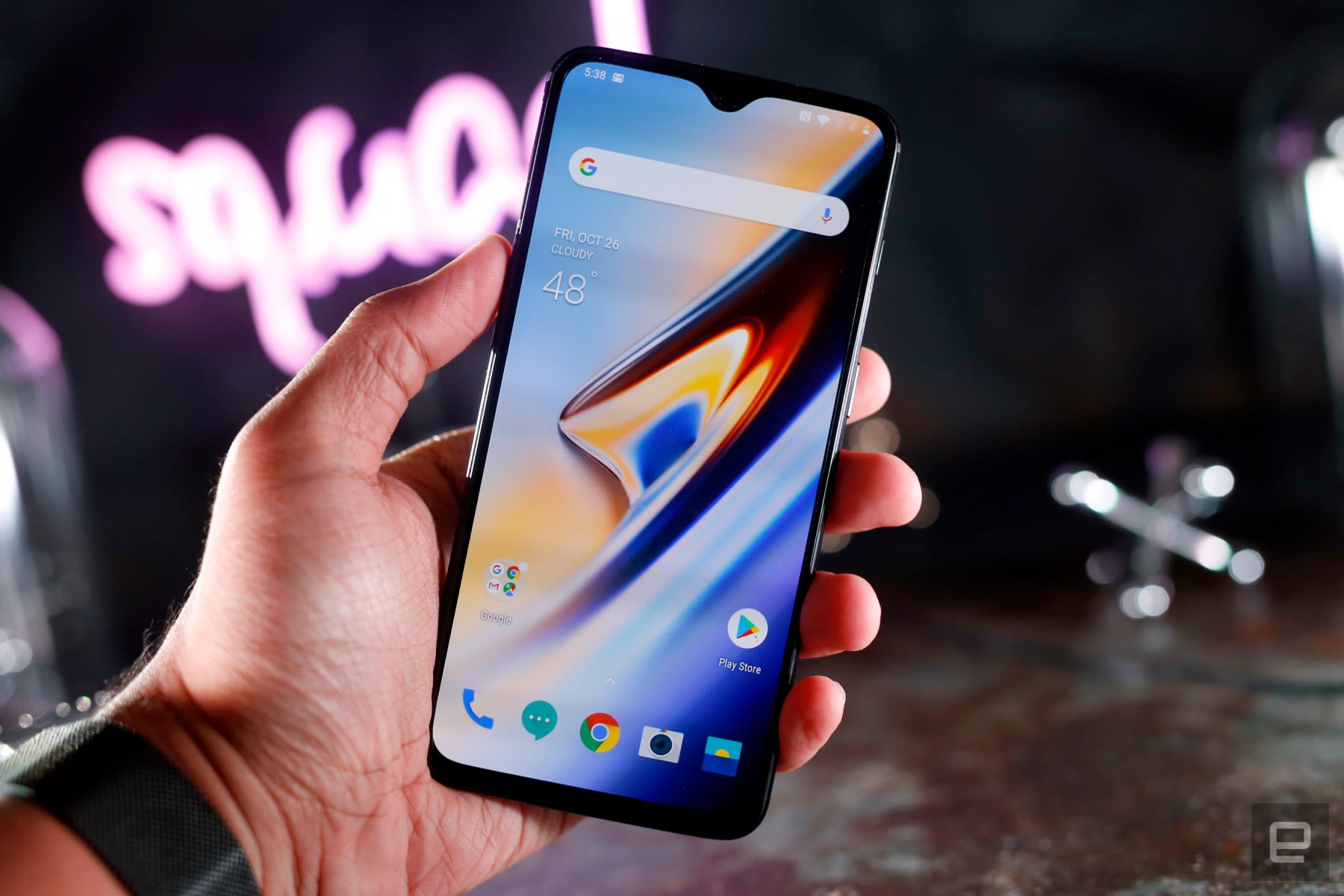 I don't mean to sound shallow, but that's at least partially due to the phone's looks. OnePlus will release the 6T in glossy and matte black finishes, and they both look great. The most striking change, however, is the display: we're working with a new 6.41-inch Optic AMOLED screen with a tiny dewdrop cut out of it to accommodate the front-facing camera.

This certainly isn't the first time we've seen this approach to the notch, but it is one of the first we've seen on a phone in the US, and it makes a world of difference. It's hardly noticeable after a few moments, and it helps keep this big screen feeling as immersive as it should. And size isn't everything in this case, either: it runs at 2340 x 1080 so everything is nice and crisp, and you'll get some very bright colors right out of the box. (Thankfully, the 6T supports some fairly nuanced screen color controls if the default isn't really your thing.)

Nestled under that display is a full-blown fingerprint sensor, and yeah, the novelty hasn't worn off yet. There's still something delightedly mind-breaking about pressing my thumb onto the screen and watching the 6T spring to life. That said, it is a bit — and in my experience, noticeably — slower than a standard fingerprint sensor. OnePlus concedes the difference in speed but notes their in-display approach is just a fraction of a second slower than the traditional sensor baked into the 6.

Still, it's there; on a few occasions, the incredibly quick Face Unlock feature kicked in before the fingerprint sensor did. Whether anyone aside from persnickety phone people will actually make note of this speed is another story entirely. More importantly, OnePlus says this fingerprint sensor is as secure as any other they've used in the past, and it's usable for authenticating payments and Play Store transactions.

It's also worth noting that the 6T is actually a bit thicker than the phone it replaces. We're talking about a fraction of a fraction of an inch here — the actual change in thickness is something like .45mm — but some people will definitely notice. Personally, I think the slight redesign was worth it because it meant OnePlus could pack a 3,700mAh battery in the 6T, up from the 3,300mAh batteries the company has used for years. That might not be the most dramatic change in an age where smartphone batteries can easily hit 4,000mAh, but I'm certainly not going to complain since the 6T routinely sticks around for 1.5 days of use. (We'll have some more specific battery life figures ready when we publish our full review.) Other components inside the 6T will sound familiar — we're once again looking at a Qualcomm Snapdragon 845 chipset, and this time it runs Android 9.0 Pie like a dream. (Google would do well to copy a few of the flourishes here, like the simple navigation gestures.) Certain aspects of performance, like app launch times, should improve over time too. That's all thanks to a new feature called Smart Boost -- long story short, the phone is designed to figure out what apps and games you use the most and will load some assets directly into RAM in anticipation of you actually doing your thing. That's the idea, anyway: for now, the feature is only tuned to work with games since they typically need to load lots of data on first launch.

And as usual, the 6T is available with either 6 or 8GB of RAM, but the real difference is how much storage you'll get right out of the box. The standard, 6GB model comes with 128GB of storage, while the pricier 8GB model is loaded with 256GB of storage. That increased storage goes a long way in justifying the 6T's higher, $549 starting price, to the point where this still feels like one of the best smartphone deals you'll find right now.

There is one first that OnePlus shouldn't feel too proud about, though: as of the 6T, the company has officially ditched the headphone jack. The move wouldn't sting so much if its own fans didn't overwhelmingly seem to support wired audio, but OnePlus's corporate parents may not have left it with many choices.

For better or worse, though, the camera hasn't really changed much. OnePlus went with the same dual-sensor setup as it did earlier this year, pairing a Sony-made 16-megapixel main camera with a 20-megapixel secondary cam that's only ever used for depth and background blurring effects. For those who haven't used a OnePlus camera, the experience has historically been pretty average — the photos they churned out were always pleasant enough, but a long way from flagship quality.

The same goes for the 6T. The biggest addition to the mix here is a Nightscape mode that works a lot like the super-low-light modes we've seen in other devices this year; the phone captures a handful of different exposures over the course of about two seconds, then stitches them all together for a single photo with improved clarity and dynamic range. The results have undeniably solid so far, but it's a relatively niche feature and not terribly well-suited for bars and restaurants — the two places I tend to see people using smartphone cameras in the dark most. With all that said, though, the main camera's f/1.7 aperture is remarkably good at sucking up light in dark places; it's just too bad that the 6T seems to have trouble focusing when the world around you is dim.

Until we finish our full review, it seems premature to make any sweeping verdicts. I will say, however, that OnePlus has learned a lot in its handful of years in the market, and the 6T is proof that it's really starting to hit its stride. It might not be a must-have for people who already invested in this year's OnePlus 6, but everyone else is in for what might be the smartphone steal of the year.

In this article: 6t, android, gear, hands-on, mobile, oneplus, oneplus6t, oxygenos, preview, smartphone, tmobile, Verizon
All products recommended by Engadget are selected by our editorial team, independent of our parent company. Some of our stories include affiliate links. If you buy something through one of these links, we may earn an affiliate commission.